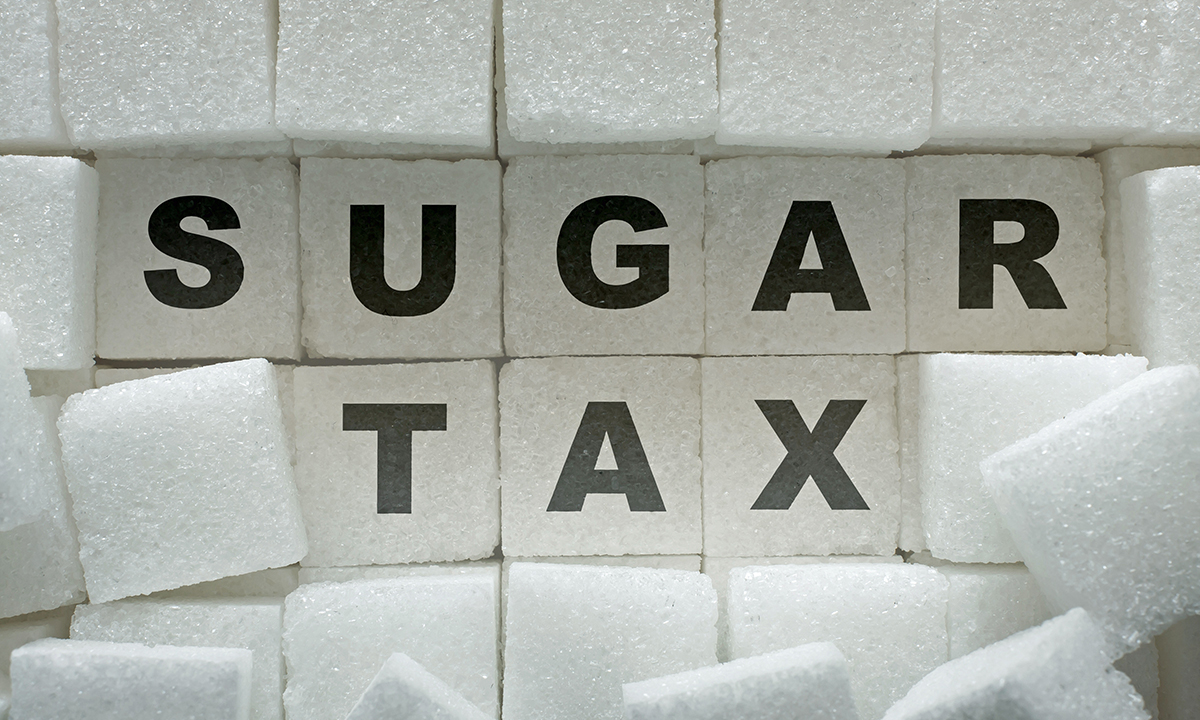 Sugar tax: what you need to know

TAXES on unhealthy foods, not subsidies on fruit and vegetables, are effective at reducing the burden of obesity, new research suggests, amid renewed clamour for a sugary drinks tax.

Researchers at the University of Melbourne have found that a subsidy on fresh fruit and vegetables would not on its own produce health gains, because it would lead to an undesirable increase in sodium and energy intake.

However, adding a subsidy to a package of taxes on sugar, fat, salt and sugar-sweetened beverages could be effective, they wrote. The combination of taxes plus the subsidy could avert 470 000 disability-adjusted life years and save $3.4 billion from the health budget, the modelling study found.

The study drew on detailed New Zealand price–elasticity data – which track variations in product uptake with changes in product prices – to quantify disease risk reductions associated with each change in risk factor exposure.

A sugar tax would be most cost-effective, the study found, followed by a salt tax, a saturated fat tax and a sugar-sweetened beverages tax.

Writing in the journal PLOS Medicine, Dr Linda Cobiac and colleagues said that their findings added to the “growing evidence of large health benefits and cost-effectiveness of using taxes and regulatory measures to influence the consumption of healthy foods”.

The findings about the subsidy might at first appear counterintuitive, they said.

“However, using price subsidies or discounts as an incentive to purchase more fruits and vegetables may have the effect of increasing real income available to buy food, including unhealthy products, and could therefore lead to an overall increase in dietary measures such as saturated fat, sodium, or total energy intake,” they wrote.

The federal government is facing growing pressure from public health advocates to tax sugary drinks, with the Australian Greens pledging to introduce a bill on the measure later in 2017.

Writing in the MJA, the University of Sydney’s Professor Stephen Colagiuri urged the government to make the tax a priority as part of a multicomponent strategy against obesity.

That call was echoed in a separate report released last week by the Obesity Policy Coalition, whose member organisations include Cancer Council Victoria, Diabetes Australia (Victoria) and Deakin University.

In his MJA article, Professor Colagiuri cited the introduction of Mexico’s sugary drinks tax in 2014, which was followed by a 12% decline in the consumption of taxed beverages and a spike in bottled water consumption.

“The ongoing impact of [Mexico’s] tax has been challenged with new data suggesting a small increase in sales of SSBs [sugar-sweetened beverages] in 2015, but still lower than the increase in pre-tax sales,” he wrote.

“Arguments that an SSB tax is an ineffective means to reduce consumption are inconsistent with food industry claims of potential damage and job losses, which instead may point to the industry believing that a tax would substantially impact consumption.”

Professor Colagiuri noted that Australia was among the largest global markets for sugar-sweetened beverages, with males aged 4–30 years drinking an average 750 mL (two cans) per day.

“Government pays for health services and consequently has a right and duty to address externalities to promote and protect public health,” he wrote.

However, the federal government last week continued its resistance to any form of sugar tax, with health minister Greg Hunt commenting: “We’re committed to tackling obesity, but increasing the family’s weekly shop at the supermarket isn’t the answer.”

Decrying the proposed tax as a “nanny state” response, assistant minister for health, Dr David Gillespie, noted that Denmark had repealed its sugar tax and dropped plans for a tax on saturated fats.

NACCHO Chair Matthew Cooke said: “The high costs of transporting food and groceries to remote communities mean that Aboriginal and Torres Strait Islander people in these areas are already paying inflated prices for these types of products, and all other grocery items.

“These communities are also less able to pay higher costs and have limited access to alternatives, particularly fresh fruit and vegetables – which, because of the long distances they need to be transported, are often past their prime and overpriced when they arrive,” he said.

“Reducing sugar consumption is critical to reducing chronic health conditions, including diabetes; however, there needs to be more work done on how these issues would be overcome before NACCHO could support any tax-based approach such as a sugar tax.”

Indigenous affairs minister, Nigel Scullion, said in 2016 that sugary drinks were “killing the population” in remote communities, after the senate heard evidence of an “astounding” level of soft drink sales at remote community stores.

David Butt, CEO of the National Rural Health Alliance told MJA InSight that his organisation supported “the possibility of taxing sugar-sweetened beverages and using the revenue to subsidise access to healthier food options”.

Professor Andrew Wilson, director of the Menzies Centre for Health Policy at the University of Sydney, said that compared with taxing sugar per se or salt, the proposed tax on sugary drinks had “the virtue of being fairly easy to define”.

“However, these drinks are so cheap to make that the tax will need to be substantial,” he added.

A recent report by the Grattan Institute recommended that sugar-sweetened beverages be taxed at a rate of 40 cents per 100 grams of sugar, increasing the price of a 2-litre bottle of soft drink by 80 cents. This would raise about $500 million a year, according to the Grattan Institute, which predicted a resultant 15% drop in consumption of sugary drinks and a small decrease in obesity rates.

Professor Wilson stressed that any taxation approach should be “part of a package that includes education and support for good nutrition, promotion and facilitation of physical activity, with particular focus on school-aged and older teens, planning considerations and, possibly for some areas and groups, subsidies for fruit and vegetables”.

Dr Cobiac agreed, commenting: “Our modelling shows that the potential health benefits of using taxes and subsidies to improve dietary choices and the nutritional quality of our foods in Australia are huge, but ultimately, they are just one of a number of measures that are needed to tackle obesity.”

Dr Cobiac noted that 13 other countries had announced taxes on unhealthy foods or sugar drinks in the past 5 years.

“It was true that Denmark had revoked its policies,” she said; however, she added that it was likely that as early initiators “they did not fully foresee or plan for dealing with the resulting backlash from the food industry”.

“We will never know what effect the taxes would have had in Denmark; they were repealed before there was a chance to properly evaluate them,” Dr Cobiac said.

“While many people want to eat better and lose weight, it is not easy to sustain the changes in behaviour when we live in an environment where unhealthy foods are widely available, heavily marketed and cheap.

“That environment is unlikely to change without a really comprehensive strategy to tackle the obesity problem.”

Australia should raise a tax on sugary drinks

8 thoughts on “Sugar tax: what you need to know”