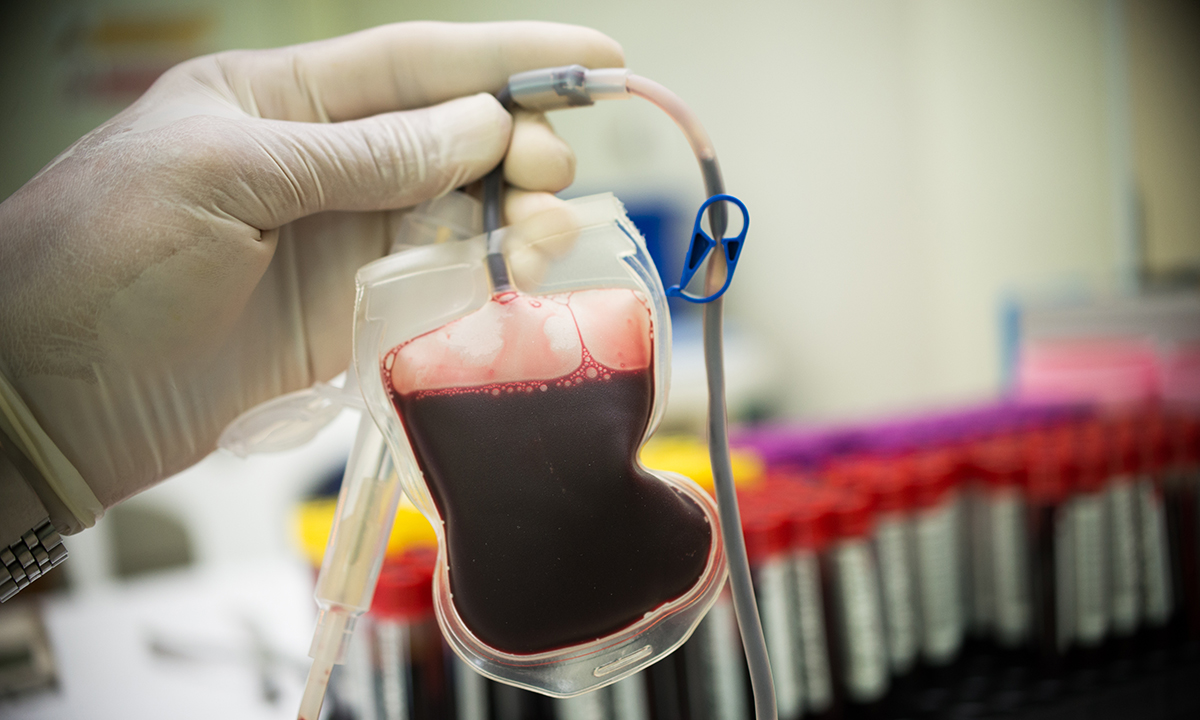 Oldest-available blood safe, but how old is too old?

A MAJOR Australian-led trial has provided reassurance about the current practice of transfusing oldest-available red blood cells into critically ill adult patients, despite continuing debate over how long blood can be safely stored.

In Australia, red blood cells are stored for up to 42 days. However, New Zealand, Finland and Ireland have all reduced shelf-life to 35 days in response to observational studies suggesting transfusions with older blood may be associated with harms.

Study co-author, Dr Alistair Nichol, said that internationally there had been “pressure to reduce the shelf life further [less than 35 days], which would have created significant cost and stock issues”.

“Our study has ended these concerns,” he told MJA InSight. “The blood banks are confident in their current practices.”

However, Dr Stephen O’Mara, a haematologist in Tamworth, NSW, said that there were still reasons to be concerned.

“The study provides no reassurance about transfusing blood older than 28 days,” he told MJA InSight.

Dr O’Mara made headlines in 2010 after presenting unpublished data at the American Society of Hematology Annual Meeting showing that patients who received blood that was more than 35 days old were up to four times more likely to develop potentially lethal blood poisoning, based on 20 000 transfusions over 10 years in the Hunter New England area.

Dr O’Mara commented at the time: “There appears to be almost no incidence of any infection if you got blood less than about 12 or 13 days old, and then it steadily goes up, but it really takes off after 35 days”.

Dr O’Mara told MJA InSight: “Why are we giving 28- to 42-day blood to Australian patients when we can’t provide any evidence that it’s safe?

“You wouldn’t be able to do that with a drug in Australia, and yet we do it with blood,” he added.

“There is an extremely large overlap area between 14 and 21 days where both groups got blood of the same age,” he said.

Nevertheless, he said that it was good to see that there were “almost no transfusions of old blood in this study”.

“It means that the blood banks have improved the blood inventory management and are at last getting better organised, which was not the case 10 years ago,” he said.

The study did not report on how many patients had subsequent transfusions and whether this was with old or new blood – a limitation Dr O’Mara said was likely to “blur” the results.

Furthermore, he said many patients in the study would have been on IV antibiotics, which would have ameliorated any infection related to receiving older red cell transfusions.

Professor James Isbister, clinical professor of Medicine at Sydney Medical School and a former chairman of the Australian Red Cross Advisory Committee, told MJA InSight: “There will probably never be a randomised controlled trial of < 10-day-old [red blood cells] versus last week of storage [blood cells], as I doubt it would get ethical approval; however, in my view, the TRANSFUSE study is the closest we will ever see in this respect”.

He added: “Blood services around the world will be relieved following the results of this study”.

Professor Isbister said that some specialty groups and some hospitals had been requesting fresher blood for selected patient groups – for instance, for use in neonates or for very large transfusions. However, he said that this was not warranted by the evidence.

He said that blood nearing the end of its shelf life was less likely to be associated with negative transfusion outcomes since the introduction of universal leukoreduction – removal of white blood cells – in Australia in 2008.

“The leukocytes don’t behave themselves outside of the body; they start attacking the red cells and release cytokines, which is why we pushed so hard for universal leukoreduction a decade ago,” he said.

The authors said that both of these results should be considered “exploratory findings”.

Professor Cooper said that the increased transfusion reactions “may well be related to the leukodepletion process”.

“Cellular breakdown products including cellular DNA are known to cause transfusion reactions and may be the cause here.”

The TRANSFUSE study overcame some of the limitations of previous trials by its large size, and by its reduced delay between randomisation and transfusion (median of 1.6 hours in the short-term group and 1.5 hours in the long term group; compared with 10.3 hours and 9.7 hours in the ABLE [Age of Blood Evaluation] trial).