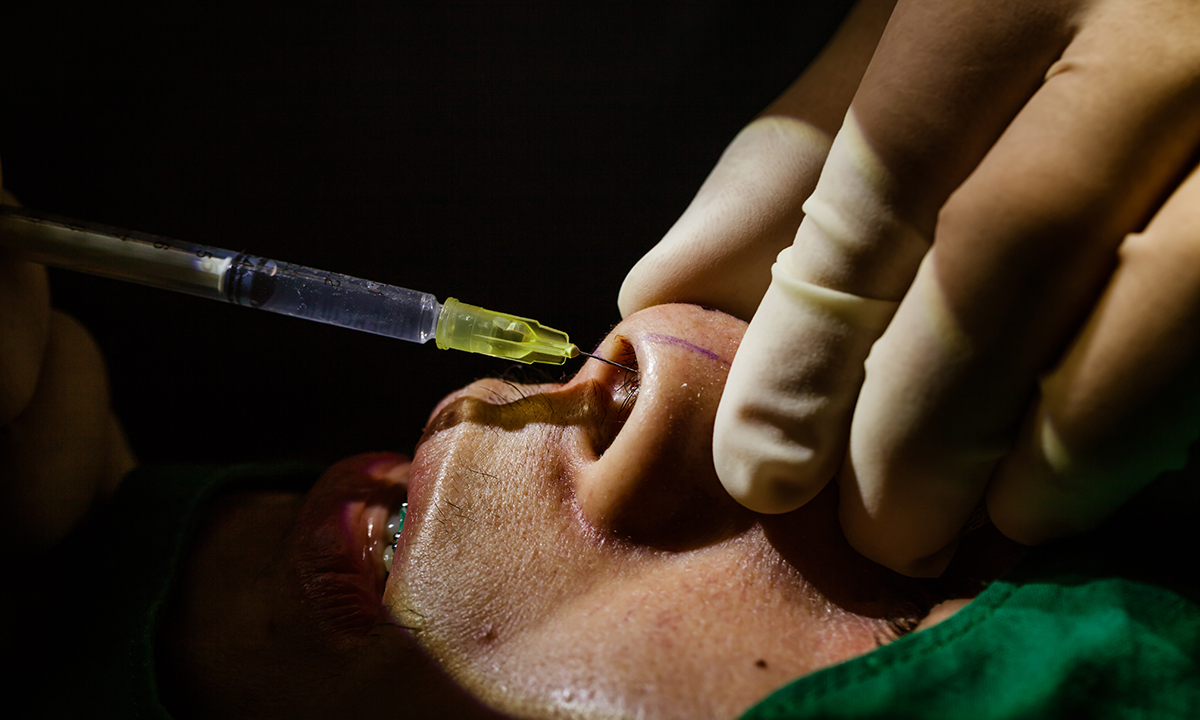 LOW self-esteem and poor mental health may affect how a patient reports their nasal function, according to Australian researchers who have called on surgeons to consider a patient’s mental health status when evaluating self-reported symptoms.

In a cross-sectional study of 495 patients (with a median age of 36 years and more than 60% of patients being women), the researchers found that, compared with mentally healthy patients, those with poor mental health had lower scores in all patient-reported outcome measures, despite having clinically similar nasal airflow. However, they did not find an association between body dysmorphic disorder (a psychiatric disorder characterised by a preoccupation with an absent or minimal deformity to the extent of interfering with mental, social and occupational function) and poorer self-reporting of nasal function.

In the study, which was published in JAMA Facial Plastic Surgery, the researchers evaluated patients’ mental health pre-operatively using the Mental Component Summary of the 36-item Short Form Health Survey version 2, the Rosenberg Self-Esteem Scale and the Dysmorphic Concerns Questionnaire. The patients’ nasal function was assessed using both self-reported measures, such as the Nasal Symptom Evaluation Scale, and with objective tools, such as nasal peak inspiratory flow and nasal airway resistance.

“Objective testing of airflow is not standard in clinical practice. Examination and patient-reported symptoms are still the benchmark upon which most [doctors] make their judgement,” said Professor Harvey, adding that this may lead to unnecessary interventions to improve nasal breathing.

Professor Harvey said that patients with low self-esteem and poor mental health scores may experience transference of this general unhappiness with the appearance of the nose to nasal function.

“The research found these patients to be very similar objectively, but the worse a patient scored on self-esteem and mental health impairment, the worse their perception of the function as well as their cosmesis of their nose,” Professor Harvey told MJA InSight.

The researchers wrote that although society often considered rhinoplasty as either cosmetic or functional, surgeons acknowledged that the procedure required attention to both function and appearance.

“Furthermore, it has been acknowledged that there is often a fine distinction between cosmetic and medical indications for surgery, with some patients presenting for functional issues and not disclosing cosmetic motives, possibly owing to the stigma associated with cosmetic surgery,” they wrote.

Lead author Ms Erika Strazdins, of the St Vincent’s Centre for Applied Medical Research, said that the study used simplistic measures of mental health, such as screening questionnaires, as these would be more practical to use in the surgical context.

She noted that, in an ideal world, objective assessment of nasal function would be routinely used in pre-operative assessment, but there were several practical barriers to this approach.

“These nasal assessments each take about one hour and use specialised equipment, so it is a bit challenging to recommend the routine use of these measures,” she said. “However, if a surgeon had a suspicion that a patient may have quite low self-esteem or poor mental wellbeing, you could use one of the mental health screening questionnaires. Then, if there were concerns about mental health, the surgeon could refer the patient for objective airflow analysis.”

The authors noted in the study that evaluating a patient’s mental health in pre-operative consultations could be challenging, but validated, short questionnaires – such as those used in the study – could be used to flag at-risk patients.

“That’s sensible really, especially if … a patient has overinvolvement with their problem, is expressing a lot of distress, has had other issues related to mental health or seems to be overinvested in having such a procedure,” Professor Castle said.

“It’s not that hard to screen for mental health and there is a great opportunity for that in these medical specialties.”

Professor Castle also noted that anxiety may be considered in patients who present with breathing difficulties.

Professor Castle, who was a co-author of the Dysmorphic Concerns Questionnaire, said it was surprising that the researchers found no association between body dysmorphic disorder and perception of nasal function.

But, he said, it remained important to consider body dysmorphic disorder in any patient undergoing a cosmetic procedure.

“Some people do present for supposedly septal deviation, and sometimes then say to the surgeon ‘can you remove this bump on my nose?’,” Professor Castle said. “So, if that starts to happen, the surgeon needs to consider that there may be some body image problems as well.”