War on superbugs: articulating the crisis of antimicrobial resistance 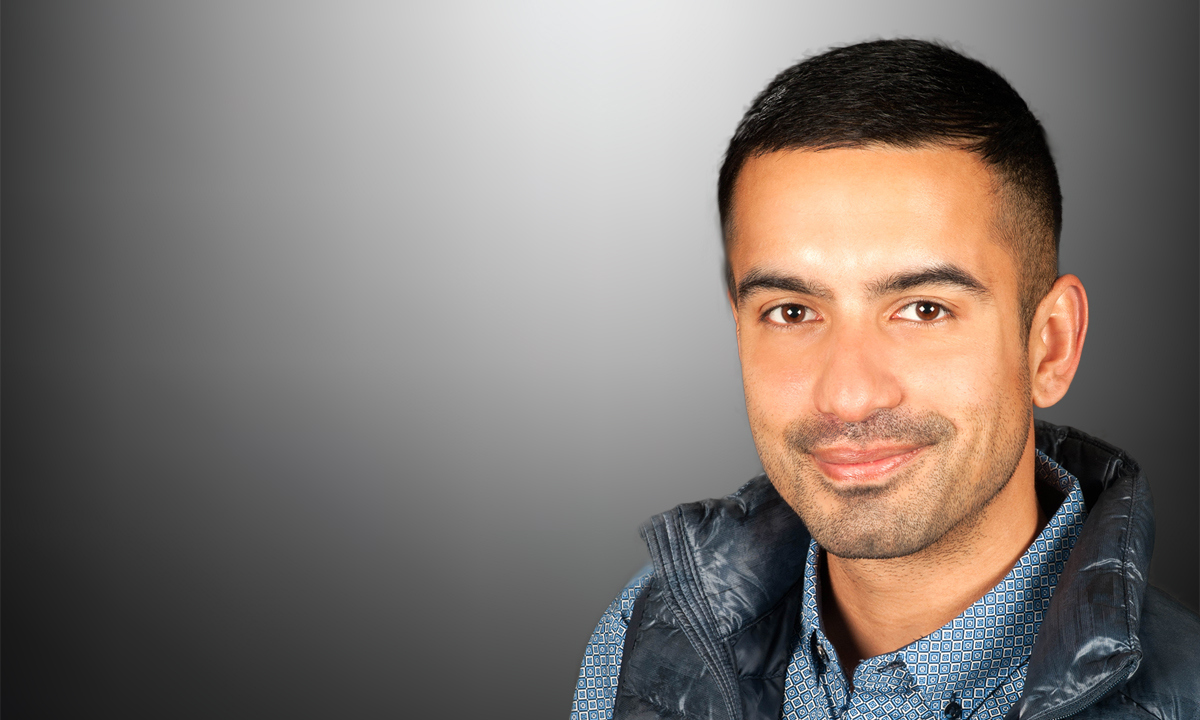 A MAY 2017 commentary in Nature – Antibiotic resistance has a language problem – by Dr Marc Mendelson and colleagues, has called for a reassessment of the language used to describe the crisis of antimicrobial resistance. They argue in favour of the standardisation of terminology among experts and the tempering of news coverage.

Citing surveys conducted by the World Health Organization (WHO) and Wellcome Trust, they argue that the issue of antimicrobial resistance has a basic public recognition and awareness problem. The WHO survey, involving nearly 10 000 people from 12 countries found that most people were unaware of the term “antimicrobial resistance”, and that only one-fifth had heard of the acronym “AMR”, which is the shorthand that most scientists use to refer to the phenomenon.

On the other hand, a greater number of people had heard of the terms “antibiotic resistance” and “drug resistance”.

Does language make much of a difference, and can it help increase recognition and awareness? Evidently, it does and can. As the commentary argues, the use of appropriate or strategic terms and phrases has the potential to make substantial changes in people’s engagement with issues of significance.

“Global warming”, we are informed by a 2015 study, has more of an impact than “climate change”. This study, based on an analysis of social media content, suggests that the former term connotes and conveys a sense of impending danger, whereas the latter, though perhaps more accurate, simply denotes a process of “change” without necessarily evoking sentiment. It is semantically objective and dispassionate.

What scientists and physicians choose to call a disease may have social implications. The decision in 1986 to name the virus that caused AIDS “human immunodeficiency virus (HIV)”, rather than “human T-cell lymphotropic virus (HTLV-III)” or “lymphadenopathy-associated virus (LAV)”, helped illuminate public understanding of the condition. With this coinage, the public came to grasp more easily that this was a virus that attacked the body’s immune system. Mendelson and colleagues hint in passing that this choice even served to mitigate some of the fear, hostility and opprobrium that were then widely associated with the disease, although this is a claim that would be difficult to substantiate. Disease nomenclature can make a difference, but it would be difficult to attribute changes in social attitudes, norms and perceptions to semantic alterations.

Nevertheless, clarity of meaning is undoubtedly necessary and useful. When it comes to AMR, Mendelson et al argue, cross-sectoral use of varying terminology can be confusing. Their suggestion to the United Nations that “drug-resistant infections” be used more frequently is, therefore, a prudent one, given that the WHO and Wellcome Trust surveys show greater recognition of this term. Further, this will help as patients become more aware of specific infections and antimicrobial treatments.

A pertinent question that the Nature article raises is around whether the use of martial metaphors – such as “war on superbugs” and others – in media coverage helps or hinders public understanding.

“Much of the rhetoric around drug resistance has pitched humans in a fight against bacteria. For instance, people frequently refer to ‘the war against superbugs’, or the ‘fight against AMR’. Also — in the pursuit of an enemy — responsibility for the increase of antibiotic-resistant bacteria in humans is often placed at the door of animal-health professionals, the livestock industry, farmers and veterinary surgeons. […]

“The war narrative also fails to recognize our symbiotic relationships with bacteria. The more we go on the ‘attack’, the more likely we are to interrupt the vital roles of bacteria in our guts and airways and on our skin. Around 100 trillion bacteria live in our intestines alone, and most of these help us to stay in good health.”

Martial metaphors are no doubt hyperbolic. But a critical counter-question here is: could “inflammatory” language in fact help reinforce the urgency of the problem? Does news coverage that’s replete with martial metaphors have the effect of increasing public awareness of the issue and galvanising demands for action?

If public awareness of the problem has remained low, as suggested by the surveys cited, then these hyperbolic evocations of battle and war are not necessarily achieving their intended aim of alarming the public. But given that there is widespread recognition of the urgency of the problem among clinicians and policymakers, perhaps the sense of urgency that suffuses expert discourses on the issue, complemented by “war-like” rhetoric in some media coverage, is generating some tangible and not necessarily deleterious results.

Language in this field is significant insofar as messages and campaigns can lead to concrete action, and in this regard, continuing coverage of the problem – some of it sensationalistic – has presumably had an impact on policymakers.

When Dame Sally Davies in the UK likened the “catastrophic threat” of antibiotic resistance to “terrorism and climate change” and “a ticking time bomb” at the launch of her 2013 report, the problem arguably gained new prominence among British health experts and policymakers, as this report suggests.

Mendelson and colleagues are right to point out, however, that the use of phrases like “war on bugs” could be misconstrued by general readers, possibly leading some to think of all bacteria as pathogenic, for instance. Nevertheless, such misunderstandings can be averted. Disseminating clear and concise information about specific bugs and infections would enhance public understanding of what’s going on in this area.

The authors also raise the important issue of the attribution of blame in media reporting, suggesting that pointing fingers at farmers and veterinarians, for instance, will do little more than alienate target audiences. This is correct. Communication that focuses on “blame”, per se, will most likely aggravate rather than engage clinicians, prescribers and agricultural users. These are the target audiences of advocates of antimicrobial stewardship (AMS) and as such it is crucial that they remain on side.

However, as far as stewardship is concerned, relaying information about appropriate prescribing and the management of often deadly infections, while also pointing out exactly where things are going wrong, is a necessary and not easy balancing act.

When surveillance of antimicrobial use and survey data yield significant insights into where inappropriate prescribing is rife, it is necessary that this information is disseminated, to clinicians as well as the public. Given that the aim of AMS research and the clinical interventions that may follow is to improve patient safety, the onus is predominantly on clinicians, prescribers and users in all sectors to engage with the information constructively and proactively.

“The objective is to ensure that people who need these drugs receive them, but also to avoid unnecessary use, minimise toxicity of therapy, and importantly, minimise the impact of the selection of pathogens with antimicrobial resistance.”

When it comes to language around antimicrobial stewardship, articulating the aim as optimising treatment or increasing appropriateness of treatment, rather than reducing overall antimicrobial use, may be more useful. Likewise with patient safety. In communicating the importance of AMS programs to hospital management, emphasising patient safety, rather than the financial benefits of reduced use solely, would be more appropriate.

When it comes to communications, there are two distinct streams of activity: one that is clinically focused and directed, and the other that is aimed at the general public. In the first stream, the focus is on communicating the research to drive improvement activities in health care settings; in the latter, the focus is on increasing awareness of the problem and potentially augmenting some pressure on stakeholders to get things right. The two require different approaches.

While communicating with patients, some of whom may have misconceptions about AMR, it may be necessary to clarify what the problems are, says Associate Professor Kirsty Buising, an infectious diseases physician at the Royal Melbourne Hospital and deputy director of the National Centre for Antimicrobial Stewardship.

Further, as Dr Kirsten Schaffer from Dublin discussed in a presentation on public engagement and AMR at the 2017 European Congress of Clinical Microbiology and Infectious Diseases in Vienna, people need to learn more about how AMR can affect them and those around them. People don’t often see it as a problem that applies to them or their local community. On a practical level, patients who are aware of the problems would not expect antibiotics for viral infections when they visit their GP, for instance. What and how we communicate about AMR can affect people’s behaviour.

As a WHO report on AMR awareness campaigns, published in May 2017, observed, “it seems essential to base the campaigns’ messages more rigorously on scientific evidence and behavioral change concepts, while considering the particular context of each country.” This report, which surveyed experts around the world on whether or not their jurisdictions had any public or clinician-focused awareness campaigns and canvassed the key messages disseminated through these campaigns, found that while many countries could not point to specific initiatives, most of those that could recounted the use of consistent and action-oriented messages – such as around judicious use of antibiotics, hand hygiene etc.

Moreover, this report also suggests that there is growing awareness of the significance of a “One Health” approach to the problem, which can potentially translate to more impactful awareness-raising efforts.

Dr Arjun Rajkhowa is the centre manager of the National Centre for Antimicrobial Stewardship.