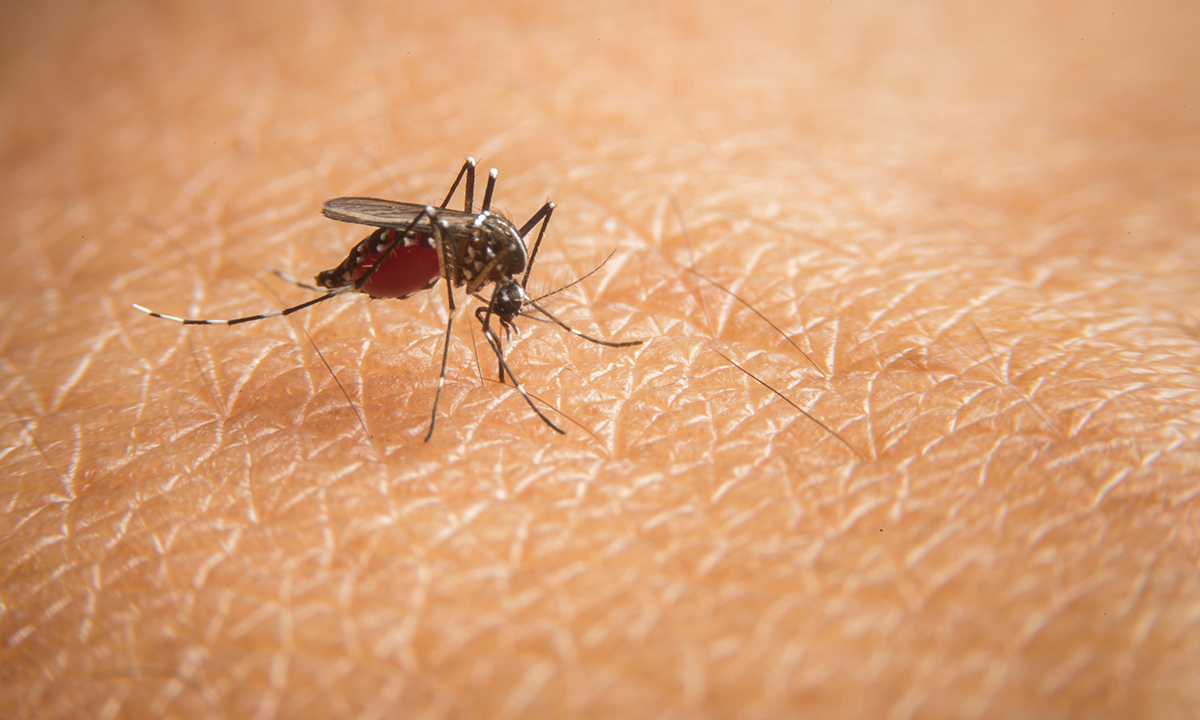 POTENTIALLY severe cases of dengue in returned Australian travellers are slipping through the cracks, as a significant proportion of cases with warning signs of life-threatening infection are going unrecognised, say researchers.

A retrospective analysis of confirmed dengue cases at four Australian health care networks, published in the MJA, identified 208 patients who met the inclusion criteria between January 2012 and May 2015. Inclusion criteria included detection of dengue virus by polymerase chain reaction or of dengue non-structural protein 1 antigen in blood, and a clinically compatible illness. Exclusions included cases where the diagnosis was based on serology alone, if there was no documented history of overseas travel, if dengue was locally acquired, or if there was another illness that explained the presentation of the patient to hospital.

Of the 208 identified cases, 84 patients met the World Health Organization (WHO) criteria for having presented with warning signs that might predict life-threatening complications, including severe organ dysfunction and refractory shock. Mucosal bleeding (21% of patients) and abdominal pain (21% of patients) were the most commonly detected warning signs.

Only one patient in the study developed severe dengue and there were no deaths.

“This may reflect the quality of supportive care in our institutions, although best practice according to WHO guidelines or another dengue protocol may not have been followed, as documentation of compliance was noted in only 5% of cases,” the authors wrote.

They noted that dengue was not included as a differential diagnosis for 27 of the 208 patients (13%), and that these patients were discharged from hospital without a diagnosis of dengue.

The researchers also found that 22% of all patients, and 24% of patients with warning signs, were prescribed non-steroidal anti-inflammatory drugs, which could increase the risk of haemorrhage and renal impairment.

Lead author Dr Alex Tai, an infectious diseases registrar with Austin Health, said that it was fortunate that there were no deaths in the study cohort, but that the lack of recognition of these key warning signs exposed patients to unnecessary risk of severe infection.

He said that dengue tended to lack the recognition of higher profile arboviruses, such as Zika and chikungunya viruses.

“Dengue has been completely overtaken by Zika and chikungunya and other potentially ‘sexier’ mosquito-borne diseases,” Dr Tai said. “There’s a lot of worry about Zika and pregnancy and that always generates concern, but very few people die from Zika; however, if you think of dengue, it doesn’t only cause arthralgia and myalgia, it actually kills.”

Dr Tai said that clinicians in Far North Queensland – where outbreaks had occurred in the past – were familiar with the warning signs of severe dengue, but throughout the rest of Australia, knowledge of dengue classification and treatment protocols was lacking.

“Clinicians don’t see dengue that often and think it is just a self-limiting illness; that’s understandable because most cases get discharged after a few days, as our study suggests,” he said. “But there is a subset of patients who, under the WHO criteria, have warning signs that predict more severe endpoints like bleeding, hypotension and organ damage, and these are the patients that we’re potentially not picking up as well as we should be.”

Dr Tai said that many returned travellers with dengue would present to GPs and be managed in an out-patient setting, and this was inappropriate for patients with warning signs of severe infection.

“There are a couple of red flags that people need to be aware of – if a patient has bleeding, highly abnormal liver function tests or other warning signs, then they should be sent to the hospital for further investigation, rather than being managed in the outpatient setting,” he said.

In an accompanying editorial in the MJA, Dr David Lye, of Singapore’s Tan Tock Seng Hospital, said that Australian doctors must be alert to the possibility of dengue in all returned travellers with fever.

“Referral for specialist opinion and confirmation of dengue virus infection by rapid diagnostic tests, such as non-structural antigen 1 assay, are appropriate when there is doubt about the diagnosis,” Dr Lye wrote.

Professor Cameron Simmons, University of Melbourne infectious disease scientist with a special interest in dengue, said that dengue was likely to be a problem for Australia’s travelling population for some time.

“We’re kind of stuck with dengue, there are no specific therapeutic drugs, there are no antivirals – so it’s pretty old-fashioned stuff for travellers around not being bitten by mosquitoes,” Professor Simmons told MJA InSight.

He said that a dengue vaccine had been licensed (CYD-TDV) but was not in widespread use throughout south-east Asia.

Professor Simmons said that the Eliminate Dengue program was targeting at-risk communities around the world with releases of Wolbachia – a bacteria that reduced the ability of mosquitoes to transmit viruses such as dengue, chikungunya and Zika.

“In Australia, Wolbachia has been fully deployed in Townsville, and releases in Cairns are expected to be completed over the next 6 months,” said Professor Simmons, who is director of impact assessment for the program.

“The good news up in Far North Queensland is that there hasn’t been a dengue outbreak there for the past 3 years, so we’re pretty encouraged that that may be a signal of success for the Wolbachia releases in Cairns and Townsville,” said Professor Simmons, adding that the program was also providing protection against Zika and chikungunya viruses.

A podcast with Dr Alex Tai, recorded in 2016, is available here.