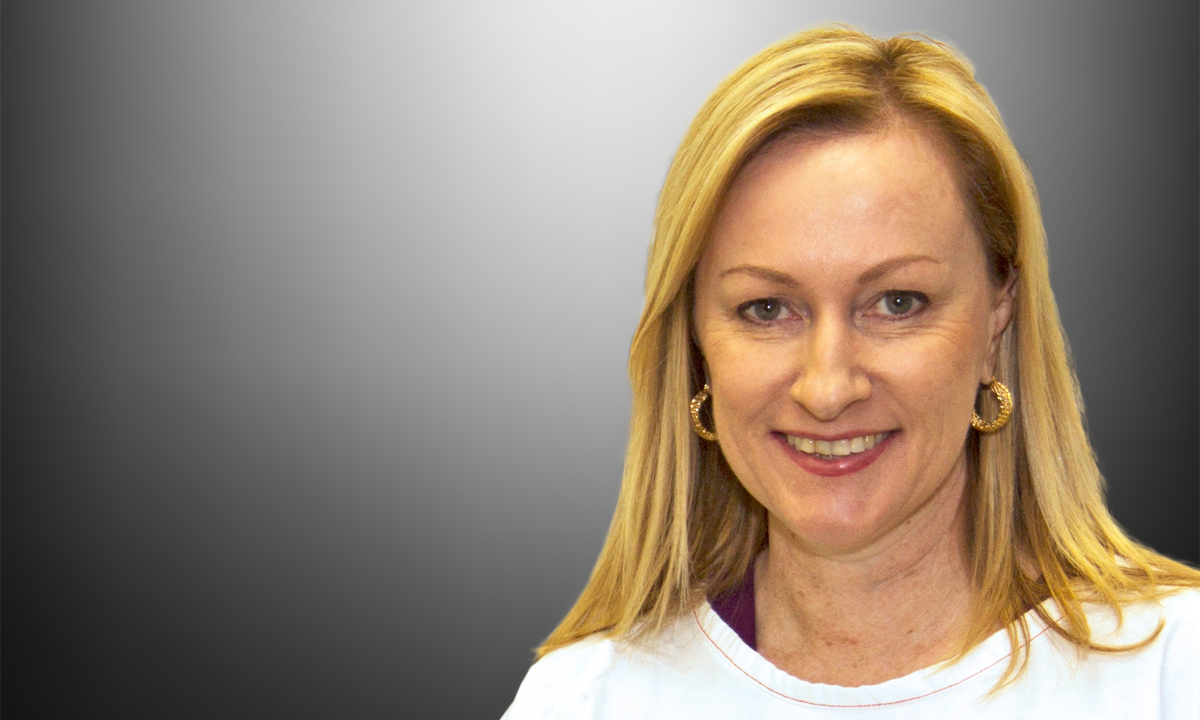 World-first research on fibre supplements in humans has highlighted the potential for soluble fibre to be used as an adjunct, non-pharmacological treatment for the 300 million people worldwide who have asthma. The results of a recent trial were presented last week at the Thoracic Society for Australia and New Zealand Conference in Canberra. Lead researcher Professor Lisa Wood explains the significance of the research and why diet should be integrated into asthma management plans.

NEW ways to treat inflammation in asthma are urgently needed, particularly for those who are poorly controlled. Current asthma treatment is aimed at preventing exacerbations, with the key medications – glucocorticoids – costing more than $300 million per year in Australia. However, despite their availability, there were 37 830 asthma hospitalisations in Australia in 2010–11.

A major reason that some patients remain poorly managed is steroid–resistance. In addition, long term use of steroids predisposes to side effects (eg, weight gain, osteoporosis and insulin resistance), which lead to non-adherence of some patients to their prescribed medications. Due to their potential to be widely accepted and adopted, nutritional interventions hold great promise to address this.

While asthma has a strong genetic component, the increase in asthma prevalence in westernised countries in the past 40 years suggests that environmental exposures such as dietary changes are key cofactors. Epidemiological studies support this notion, with western style eating patterns linked to increased asthma exacerbation risk, lung function, wheezing and breathlessness. Westernised diets are typically high in processed foods and low in fruits, vegetables and wholegrains. As a result, many people don’t meet the recommended dietary fibre targets and we have shown that in people with asthma, those with a low fibre intake had worse airway inflammation and lower lung function. This highlights the possibility that supplementing asthmatics with dietary fibre may be beneficial.

Dietary fibre exists in soluble and insoluble forms. Insoluble fibre passes through the gastrointestinal tract without being digested and provides the bulk for the production of faeces and removal of waste. Soluble fibre behaves very differently as, while it passes through the small intestine intact, once it reaches the large intestine, it is partially or completely fermented by commensal bacteria to produce bioactive metabolites, including short chain fatty acids (SCFAs). The key SCFAs are: butyrate, the major energy source for colonocytes; propionate, which is mostly absorbed by the liver; and acetate, the primary SCFA that enters the circulation, which may be most relevant to the lungs.

The composition of the gut microbiome determines the rate and extent to which soluble fibres are digested. Certain bacteria, such as Bifidobacterium and Lactobacillus, are among the most potent producers of SCFA. SCFA production is also dependent on the type of soluble fibre consumed. Fructooligosaccharides, which include inulin (a b2–1 fructan), are among the most highly fermentable soluble fibres and are potent sources of SCFA. In addition to providing substrates for fermentation, some soluble fibres, including inulin, act as prebiotics and preferentially stimulate the growth of SCFA-producing bacteria. Thus, the interplay between dietary fibre and the microbiome regulates SCFA production. SCFA have attracted much attention in recent years due to their anti-inflammatory properties and appear to be crucial to the protective effects of dietary fibre.

Firstly, SCFAs can bind to two major free fatty acid receptors on the surface of immune cells, G-protein-coupled receptor (GPR) 43 and GPR41, and activation of these receptors initiates anti-inflammatory pathways. In a mouse model of asthma, GPR43-deficient mice were shown to have more severe airway inflammation. In another mouse study, a fibre-rich diet improved the gut microbiota composition (increasing Bacteroidaceae and Bifidobacteriaceae) and airway inflammation was attenuated after an allergen challenge, with the effects dependent on GPR41.

Secondly, SCFA can induce epigenetic modifications, which are changes in gene expression that occur without altering the DNA sequence. Histone deacetylases (HDACs) are a key regulator of gene expression and SCFAs can inhibit HDACs, leading to a suppression of the pro-inflammatory transcription factor, NFkB. A mouse model of asthma has shown that SCFAs suppress HDAC activity and that inhibition of HDAC9 has anti-inflammatory effects in the airways.

In humans, soluble fibre has been shown to improve the host gut microbiome and reduce inflammation in patients who are overweight, patients with type 2 diabetes and elderly subjects.

We have undertaken the first human trials using soluble fibre in asthma to determine its therapeutic potential. In the first trial, adults with asthma were given a single dose of soluble fibre (3.5 g inulin) or control. In subjects who consumed inulin, the numbers of inflammatory cells in the airways were decreased at 4 hours. Other markers of airway inflammation, including sputum interleukin 8 concentrations and exhaled nitric oxide levels were also decreased at 4 hours. Confirming one of the key mechanisms involved, GPR41 and GPR43 expression were upregulated in sputum cells.

While it may seem surprising that changes in the airways could occur so rapidly after a single meal, SCFA levels in the bloodstream have been shown to significantly increase within 2 hours of consumption, peaking at around 6 hours. We have previously demonstrated increases in inflammation in post-prandial studies within 4 hours of consumption of excess fat; immune receptors in the lung were activated and inflammation induced, showing that the metabolic and immune systems are in dynamic interplay and can be rapidly influenced by external stimuli.

Subsequently, we have completed a randomised, controlled, cross-over trial using inulin supplementation (12 g per day) in 17 adults with asthma. Inulin supplementation for 7 days led to changes in the gut microbiome, with an increase in the beneficial bacteria, Bifidobacterium and Anaerostipes. Inulin supplementation also reduced airway inflammation and improved asthma control, which was measured using the asthma control questionnaire – a composite of symptoms, activity limitation, rescue medication use and lung function. The improvements were greatest in the 12 subjects who had poorly controlled asthma at baseline, despite currently using inhaled corticosteroids. All had an improvement in asthma control and this reached a level that is considered to be clinically important in 50% of patients. The results of this short term study are very exciting, as they provide proof of concept that soluble fibre could be an effective approach for improving management of poorly controlled asthma.

Further expansion of this work is vital, as patients with asthma are demanding advice on how to better manage their disease using dietary approaches. The use of a non-pharmacological intervention has clear advantages. Soluble fibre targets novel anti-inflammatory pathways, distinct from those targeted by currently available therapies. Patient adherence to a nutrition intervention with minimal side effects is likely to be greater. In addition, the treatment is low cost and widely accessible.

While the interventions that we have completed to date have used inulin supplementation, delivered in powder form and mixed into a cold beverage, soluble fibre intake may easily be increased using common food sources. Fruits, vegetables, grains, nuts and legumes are all rich sources and also contain a plethora of other beneficial nutrients. Fruit and vegetables have long been recognised as an important component of a healthy diet as they are low in energy, yet dense in vitamins, minerals and other phytochemicals (eg, polyphenols, carotenoids, indoles, isothiocyanates and organosulfur compounds). Recognition of the immunomodulatory actions of soluble fibre adds to the rationale for promoting their consumption.

While we wait for the results of large scale clinical trials, we shouldn’t wait to advise patients of the positive effects of diet in asthma. There is no risk in patients with asthma increasing their intake of soluble fibre, particularly using whole foods such as fruit and vegetables. Eating the recommended five serves of vegetables and two serves of fruit each day, delivers a similar amount of soluble fibre as was used in our study. We have previously shown that a high fruit and vegetable diet reduces the risk of having an asthma attack, so that is a great strategy.

In the meantime, we will continue to assess supplemental doses of soluble fibre in order to provide options for asthmatic patients.

This approach provides hope to the millions of people with asthma around the world, particularly those who are struggling to control their asthma with existing medications.

Professor Lisa Wood is professor of Biomedical Science and leads the nutrition team within the Priority Research Centre for Healthy Lungs at the Hunter Medical Research Institute and the University of Newcastle. She serves as president elect of the Nutrition Society of Australia. She also serves as associate editor for Respirology and is on the editorial board of Nutrients and the Journal of Human Nutrition and Dietetics.