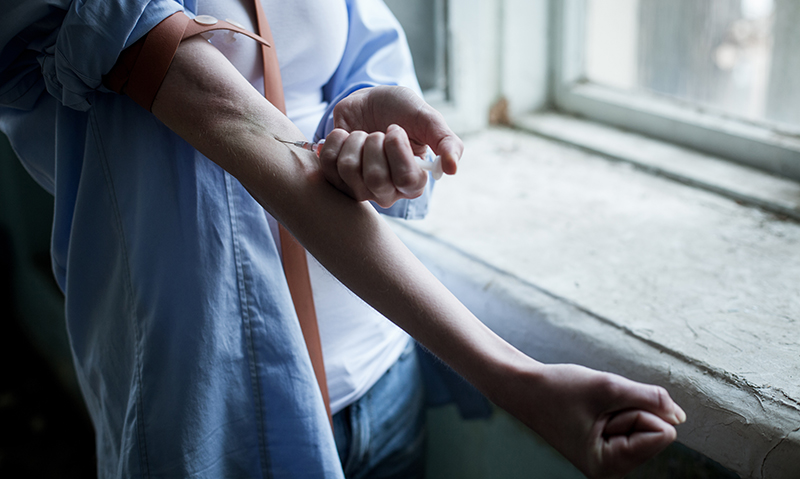 DOWN-scheduling heroin overdose antidote naloxone to over-the-counter status is a good start, but more work needs to be done to facilitate easy distribution of take-home kits, as experts warn of an impending wave of opioid use and harms.

Naloxone is a synthetic drug, similar to morphine, which blocks opiate receptors in the nervous system and, when injected, can reverse a heroin overdose within a few minutes.

As of 1 February this year, naloxone for the treatment of opioid overdose was available both on prescription (at a discount) and over-the-counter, however a doctor or pharmacist is still required for dispensing the life-saving drug.

The authors of a Perspective, published online today by the MJA, said the rescheduling therefore did little to help take-home naloxone (THN) programs, which cater to the most marginalised and financially disadvantaged drug users.

“Access to naloxone will be maximised when those providing instructions for use (including, for example, allied health or peer workers) also provide the medication,” the authors wrote.

Co-author Professor Simon Lenton, from the National Drug Research Institute at Curtin University in WA, told MJA InSight that the issue was “finding a regulatory mechanism to make it happen”.

“The conversation has begun, and hopefully [what we’ve written] will provide a bit of a nudge.”

There was an urgency to getting supplies of naloxone into the hands of those who needed it most, Professor Lenton said, because “we want to be ready for the next wave of opioid harms”.

Dr Alex Wodak, president of the Australian Drug Law Reform Foundation, said there was nothing “impending” about the next heroin epidemic.

“I share [the authors’] pessimism about the future. Almost all the heroin we see in Australia comes from Myanmar, and the evidence is there that production in that country has increased in each of the past 6 or 7 years.

“It’s very alarming, as is the increase in prescribing of pharmaceutical opioids, and how they have entered the grey market, often substituting for heroin.”

John Ryan, chief executive officer of the Penington Institute, told MJA InSight that naloxone needed to be “as available as possible” but that by far the best way to address the overdose problem was for GPs to engage with their drug-using patients as soon, and as often, as possible.

“There’s no question that naloxone is so safe and effective, and the risk of abuse is so low, that we need to make it as available as possible – that’s a good call by the [MJA] authors,” he said.

“But that process is slow. The quickest way to get information and help to patients at risk of overdosing, is through the GPs.

“We’ve got a big opportunity with GPs, emergency department doctors and ambulance officers, not just to talk about risk factors but also to talk about naloxone.

“It’s not an easy conversation for anyone to have, but GPs are already engaging with their patients about this because they’re writing prescriptions for opioids.

“Part of the challenge is getting naloxone front and centre in GPs’ minds. I think there has to be a cultural change more than anything.”

Mr Ryan said the Penington Institute had produced two videos designed to educate both practitioners and drug users about naloxone and how to use it.

Professor Lenton, Dr Wodak and Mr Ryan all agreed there was no evidence that the use of naloxone increased heroin use or enabled people to remain addicted.

Dr Marianne Jauncey, medical director of the Sydney Medically Supervised Injecting Centre, and another co-author on the MJA Perspective, said the evidence was clear.

“This is safe, effective, and has no abuse potential,” she told MJA InSight.

“We need to acknowledge that drug use occurs. We would all love to stop it, but we can’t. So we need to minimise harm. Naloxone does that.”

“We should do peer-distributed naloxone, but it’s never going to be as effective or have the impact that we really need. The big drop in overdose deaths I want to see will only happen if drug treatment is expanded and improved.

“But every life saved is worth it, so we should do whatever works, and naloxone works.”

Should restrictions on dispensing naloxone be lifted?