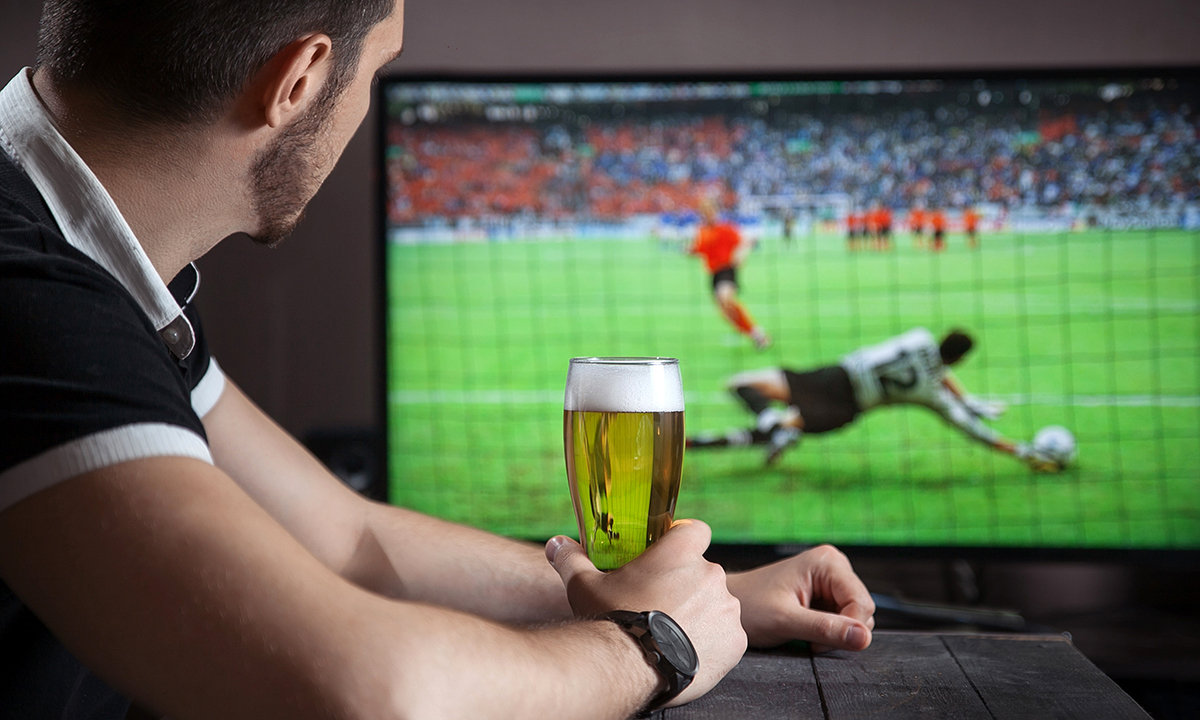 THE political courage to ban alcohol sponsorship in sport may be lacking, but measures like hypothecation and a sponsorship replacement scheme could make it more achievable, say experts.

Peter Miller, professor of violence prevention and addiction studies at Deakin University, told MJA InSight that not only was a ban on alcohol marketing in sport needed, but the link between alcohol and sport must be broken.

“Like we saw with tobacco, when you remove that link between sport and a substance, you change the discussion and this changes the level of acceptability. It makes people think ‘actually yes, there are problems’.”

While it was easy to only blame the alcohol companies for the challenge Australia faced, sports organisations were also responsible, Professor Miller said.

“Cricket and racing fought every ban on tobacco. They want to make money, to view them as anything but [money hungry] is naïve.”

It was a question of courage, he felt.

“The key thing we really need is political courage, and that’s just not likely right now.”

He said a succession of Australian governments had consistently failed to protect children from the harms of alcohol.

“What we really need is a major change in our electoral system to change the people getting elected. Until we can challenge how politicians are easily influenced by vested interests, I’m not sure we can change policy,” Professor Miller said.

Professor Miller was commenting on a systematic review published in Alcohol and Alcoholism on the association between exposure to alcohol sports sponsorship and alcohol consumption. The review included seven studies with data on 12 760 participants from Australia, New Zealand, the UK, Germany, Italy, the Netherlands and Poland.

All the studies reported a positive association between exposure to alcohol sports sponsorship and increased alcohol consumption among adult sportspeople and school children, but the statistical significance of the results varied. Among adult sportspeople, direct-to-user sponsorship in the form of free or discounted alcohol was associated with increased levels of harmful drinking.

The authors wrote that the findings warrant close attention from public health policy makers. “Further research is required to investigate the impact of alcohol sports sponsorship and the cost-effectiveness of sponsorship restriction in reducing harmful drinking.”

Kerry O’Brien, associate professor of behavioural studies at Monash University, told MJA InSight that surveys consistently showed that over 70% of Australians thought that there shouldn’t be any alcohol sponsorship in sport, and that percentage increased among parents.

“Effective policy might still see alcohol industry dollars funding sport; however, it would be anonymously through hypothecation, or the ring fencing of a small slice of alcohol sales tax.

“In the early 2000s, economic modelling showed that a tiny 1–2-cent increase in the price of a standard drink of alcohol would generate $100–200 million per year, easily enough to replace alcohol sponsorship dollars in Australian community sport.

Geoff Munro, national policy manager at the Alcohol and Drug Foundation, told MJA InSight that everyone, even alcohol companies, agreed that alcohol shouldn’t be marketed to children.

“Yet, when sport is telecast live, these rules don’t apply,” he said. “This is not a loophole, it’s a deliberate exemption from the code of practice. I have never seen anyone who is able to explain this exemption rationally.

“The major change we need is for that exemption to be abolished,” Mr Munro said.

Michael Thorn, chief executive of the Foundation for Alcohol Research and Education, told MJA InSight that alcohol sponsorship of sport could be effectively phased out through a replacement sponsorship scheme.

“The government has no moral responsibility, but a practical responsibility to address the financial impact of phasing out alcohol sponsorship on these bodies,” Mr Thorn said.

Mr Munro said it was important to note that Australian sports organisations were gaining a “plethora” of other major sponsors, including airlines and car manufacturers, which showed that there were genuine alternatives to alcohol sponsorship.

“Alcohol companies just have deep pockets and are willing to outbid their competitors.”

Mr Munro said it would be easy to feel that alcohol was now too deeply entrenched within sport for real change to be possible.

“But that’s an illusion – a generation ago, people said the same thing about tobacco. The industries said they would die without tobacco. I do believe that alcohol will be removed from sport, it’s just a question of how long [it takes].”

Professor O’Brien added that “my sense is that many politicians feel uncomfortable about the extent of alcohol, gambling, and fast-food marketing in sport, and its effect on young people”.

“It will need to become a key political and election issue, with parents, peak health bodies, sport codes and health advocates coming together to lobby for policy change.”