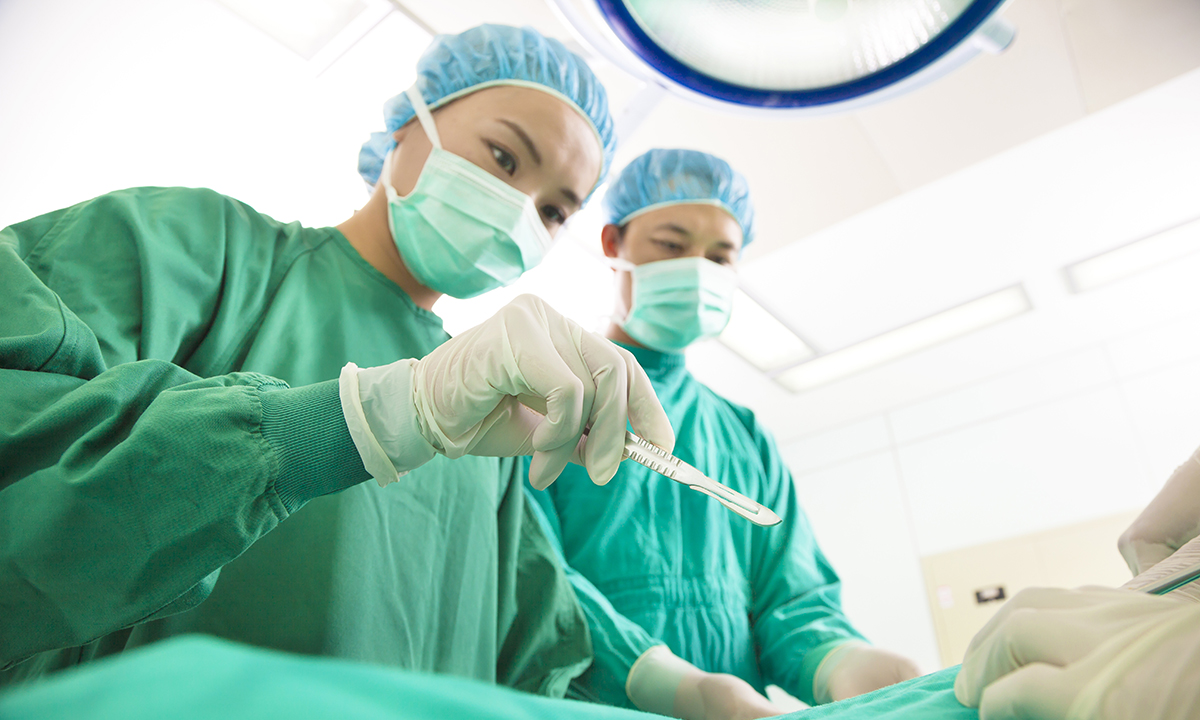 EXPERTS have welcomed NSW research detailing the short term adverse effects of vulvoplasty and its impacts on childbirth, saying that it will help them to better inform patients who are increasingly requesting the procedure.

The population-based study of NSW Admitted Patient Data and NSW Perinatal Data Collection, published this week in the MJA, found that 4592 vulvoplasties had been performed on 4381 women in NSW hospitals and day centres between 2001 and 2013, with the number of procedures increasing by 64.5% over the 12-year period, from 256 procedures performed in 2001 to 421 in 2013.

One in 23 women (4.3%) undergoing vulvoplasty went on to have at least one repeat vulvoplasty procedure, with seven women having a repeat procedure within 2 weeks of the first.

They also reported that one in 10 women undergoing vulvoplasty (10.1%) had had prior cosmetic procedures, which was about six times the rate of cosmetic surgery (1.7%) for women in the general population of NSW.

Dr Rebecca Deans, gynaecologist at Sydney’s Royal Hospital for Women and the Sydney Children’s Hospital, said that there was a perception among patients that vulvoplasty was only minor surgery, and it was important for clinicians to have data on the short and long term adverse events to better inform patients.

“This article and others have shed light on short and medium term outcomes, and in the research that I have done, there is a reasonably high chance of infection and wound breakdown post-operatively. I take women through those risks. I speak to them about the possible long term outcomes, of which we don’t know a lot.”

Dr Deans said that making incisions in sexually sensitive tissue could affect sensation and the ability to have a satisfactory sexual life, and it may also affect childbirth and delivery.

“We know that scar tissue will more readily tear than normal tissue, so they may be putting themselves at risk of episiotomies or tears at vaginal deliveries,” she said.

“Also, if someone has surgery in that area they may worry about compromising the surgery and that’s perhaps why there’s a higher rate of Caesarean delivery [among women who have undergone vulvoplasty].”

The MJA researchers found that primiparous women who had undergone a vulvoplasty were significantly more likely to have a Caesarean section than other women (40% v 30.3%; P < 0.001). They also found that vulvoplasty had no effect on the perineal outcomes of a first vaginal birth.

Dr Magdalena Simonis, GP and author of the guidelines on female genital cosmetic surgery from the Royal Australian College of General Practitioners, also welcomed the findings.

“It’s going to be very useful to have actual numbers because we know that there are risks, but it has not been properly researched,” she said.

Dr Simonis is the lead author of research published in September 2016 in BMJ Open on GPs’ attitudes and knowledge of vulvoplasty, which found that more than half of the 443 GPs (54%) with an interest in women’s health surveyed had seen patients that had requested female genital cosmetic surgery. Of those GPs, almost half (44%) said they had insufficient knowledge of the risks associated with the procedures.

“A serious complication has to have long-term sequelae as a general rule from a surgeon’s point of view,” Dr Savundra said. “There are no Fournier’s gangrenes, there’s no one getting major Gram-negative urosepsis requiring intensive care and hospitalisation with IV antibiotics.”

Dr Savundra said the increasing number of vulvoplasty procedures was also not cause for concern, as it remained a very rare procedure.

Across Australia, the number of Medicare Benefits Schedule (MBS) rebates for vulvoplasties doubled from 744 in 2003–04 to 1588 in 2012–13, when a rebate was available for medically indicated procedures, but no definition of medical necessity was provided. But changes to the MBS in 2014 restricted rebates to surgical repair for female genital mutilation and major congenital abnormalities, as well as repair of localised gigantism. In NSW, this change has seen publicly funded procedures decline from 448 in 2013 to 240 in 2015.

Lead author of the MJA research, Dr Amanda Ampt, Perinatal and Child Health Research Fellow at the University of Sydney, said that although there were now fewer procedures reflected in the Medicare data, it was impossible to know how many out-of-hospital procedures were occurring in the private sector.

“There are anecdotal reports of women going overseas to have this done because it’s cheaper, and we have no way of knowing how many,” she said.

Dr Deans, who has recently surveyed 1000 university students on their impressions of vulvoplasty, said that there was a group of patients who would never be satisfied with their appearance, as well as some women with body dysmorphic disorder.

However, she said, the yet-to-be published research also highlighted how genital grooming trends were contributing to women’s dissatisfaction with the appearance of their vulva, and overall comfort.

“If you’re under about 25–30 years of age, it’s very uncommon to have ungroomed pubic hair,” she said. “The more that you remove [pubic hair], the more on show the labia are, and a lot of the discomfort women report is probably because they have removed this protective layer.”

Dr Deans said that the vast majority of women referred to her for vulvoplasty did not proceed once the normal variations in the appearance of the vulva were explained to them.

“Once I explain what’s normal, they don’t press on with it, they are quite reassured.”

In Dr Simonis’ BMJ Open research, more than half of the GPs suspected a range of psychological disturbances in patients requesting surgery, including depression, anxiety, relationship difficulties and body dysmorphic disorder.

While she said vulvoplasty was a reasonable option for mature women to explore if they felt it would make them more attractive and sexually confident, it was important that any psychosocial aspects of health were first addressed.

“The surgical knife is not the answer to an emotional or social problem,” she said.

Also, Dr Simonis said that greater consideration needed to be given to the potential impact on longer term sexual function, pointing to 2015 research that found that surgical excision of the labia could modify sexual sensation.

Surgical menopause is under-recognised and under-treated