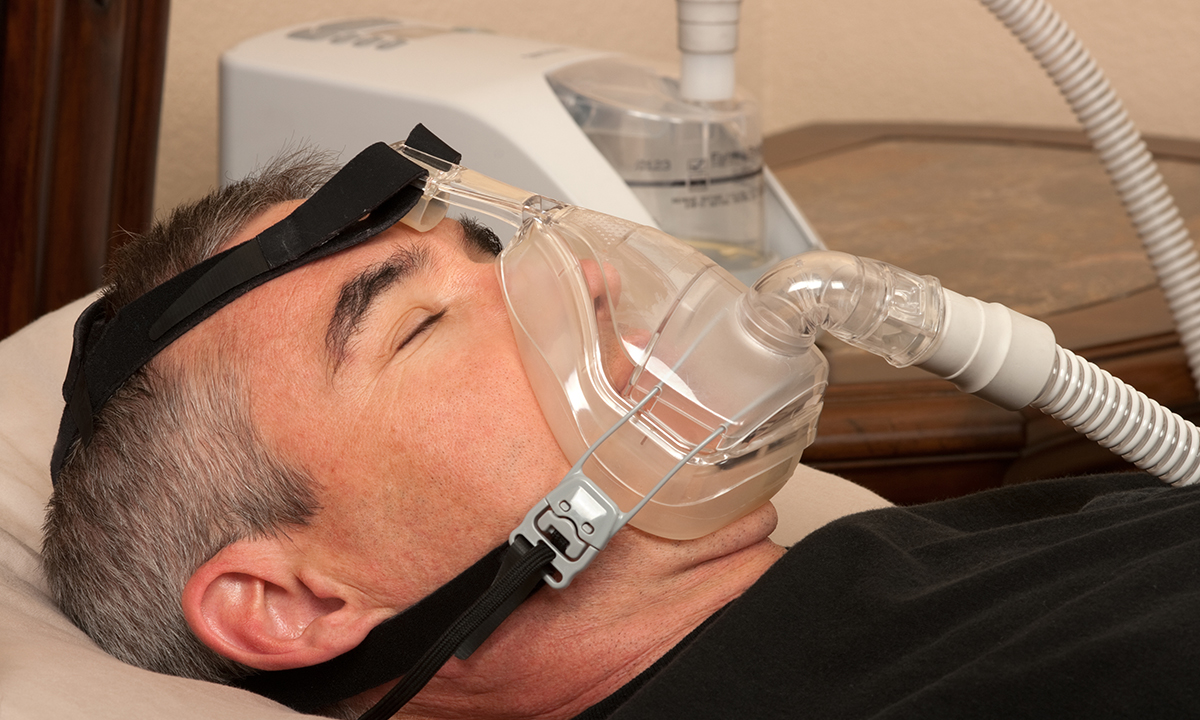 Does CPAP use reduce cardiovascular events?

PATIENTS with cardiovascular disease and asymptomatic obstructive sleep apnoea are unlikely to benefit from continuous positive airway pressure (CPAP) therapy, say researchers who have found no significant reduction in cardiovascular events with this treatment.

An international, multicentre, randomised trial – the results of which were published recently in the New England Journal of Medicine – enrolled 2717 patients from 89 clinical centres in seven countries, including Australia. The trial was led by Adelaide Institute for Sleep Health at Flinders University, and the George Institute for Global Health.

Study co-author, Professor Ron Grunstein, Professor of Sleep Medicine at the University of Sydney’s Woolcock Institute of Medical Research, said that the findings of the Sleep Apnoea Cardiovascular Endpoints (SAVE) study were unexpected, but were important in guiding the management of patients.

“A lot of people have been put on CPAP often with very mild degrees of sleep apnoea. They may have been pushed into it either through industry vertical integration models, or physicians who were maybe being ultra-cautious, [but these patients] really shouldn’t be on treatments like CPAP,” Professor Grunstein told MJA InSight.

Participants were required to use sham CPAP for a week to determine tolerability, before being randomised to receive CPAP treatment plus usual care or usual care alone. The mean nightly duration of CPAP use was 3.3 hours over the study period.

Although the mean number of apnoea or hypopnoea events per hour dropped from 29.0 events at baseline to 3.7 events per hour during follow-up, the study found no significant effect on the primary endpoints of death from cardiovascular causes, myocardial infarction, stroke, or hospitalisation for unstable angina, heart failure, or transient ischemic attack.

CPAP therapy did, however, significantly improve quality of life measures such as snoring, daytime sleepiness and mood.

Professor Grunstein said that care needed to be taken in determining which patients were asymptomatic, because the gradual development of symptoms could sometimes go unnoticed by patients.

“Some people are quite symptomatic, but they don’t realise it,” he said. For these patients, a trial of CPAP could determine if the therapy helped to relieve underlying symptoms and if it could be tolerated by the patient over the long term.

He also noted that there were alternative treatments for patients with mild sleep apnoea, including weight loss, body position therapy and dental devices.

Professor Grunstein said that there were several possible explanations for CPAP’s lack of cardiovascular benefit.

“There is an association between sleep apnoea and cardiovascular disease, but the common thread may be factors such as central obesity or insulin resistance,” he said.

Also, he said, the therapy was targeted towards people with established vascular disease and there was no data as yet on the potential for CPAP in primary prevention of cardiovascular events.

Professor Matthew Naughton, Adjunct Professor of Medicine at Monash University and Head of the General Respiratory and Sleep Medicine Service at the Alfred Hospital, agreed that the SAVE trial provided reassurance that asymptomatic people with sleep apnoea did not necessarily need to be treated with CPAP.

“The trial gives us an exit strategy – for patients who are asymptomatic, we don’t need to treat for quantity of life. If people are symptomatic, I think we should treat them for quality of life,” he said, noting that daytime sleepiness and snoring could have significant impacts on patients and their families.

However, Adjunct Professor Naughton had several reservations about the trial, including the difficulty in obtaining a true finding in a multicentre, multinational trial.

He said that national and international differences in health care provision, as well as differences in cardiovascular risk factors across different populations and ethnicities, could potentially affect the findings.

Also, Adjunct Professor Naughton said, adherence in the SAVE trial was low with only 42% of respondents achieving good adherence of 4 or more hours of use per night.

Adjunct Professor Naughton pointed to findings of a smaller, single-centre randomised trial of 244 patients, published last month in the American Journal of Respiratory and Critical Care Medicine, that found that, after adjustment for compliance with treatment and baseline comorbidities, CPAP significantly reduced cardiovascular events in patients with coronary artery disease and non-sleepy obstructive sleep apnoea.

Adjunct Professor Naughton said that there was a range of adherence rates achieved in Australia, but higher rates were possible with specialist care and could potentially provide greater benefit.

“The more effort you put in with CPAP therapy, the better adherence you get. In Australia, there is a spectrum of how CPAP is delivered to the patient. There is a growing availability of the ‘McDonald’s approach’, where people are seduced to getting a sleep study and buying a CPAP machine. They don’t see a sleep physician, and once the sale has been completed, there is minimal or no follow-up. That model is getting about 20% adherence,” he said.

“At the other end of the spectrum, when patients are properly assessed [by a sleep physician] … and given considerable support and adequate follow-up, we can get 80% adherence.”

However, Professor Grunstein said the adherence to CPAP achieved in the trial reflected community adherence rates.

“There is an argument that maybe our intervention wasn’t robust enough, and if these patients were using CPAP 6–7 hours per night, we may have got a different result,” he said. “But that level of usage is not generally achieved in community-based studies. You can bring people into the lab and basically hold a mask on their face all night, but out in the real world, this is what you get.”