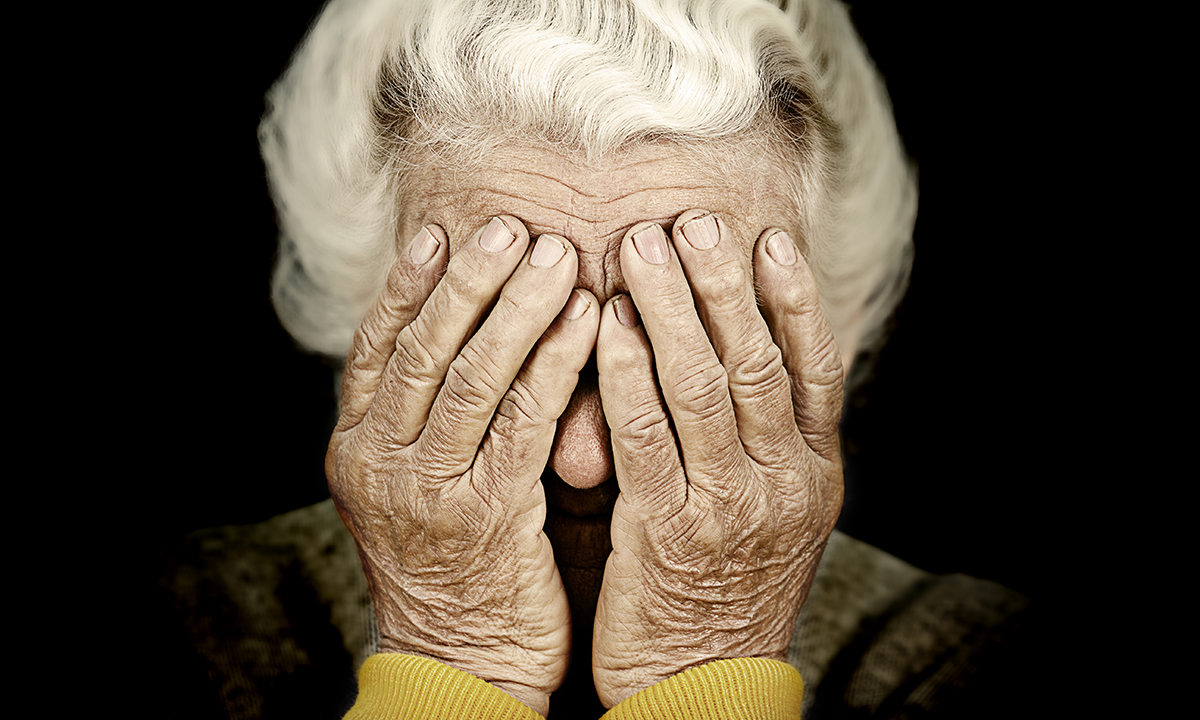 When the elder is the abuser

DOMESTIC violence doesn’t end when a perpetrator turns 65, says a leading geriatric psychiatrist who claims that abuse among older couples is under-reported and under-recognised.

Associate Professor Chanaka Wijeratne, a senior psychiatrist in the Academic Department for Old Age Psychiatry at the Prince of Wales Hospital in Sydney, said that awareness of the extent of domestic violence had increased in recent years, particularly since attention was drawn to the issue during Rosie Batty’s time as Australian of the Year. But, he said, domestic violence was still largely considered to be a problem for younger couples.

“We need to get away from stereotypes, thinking that older people don’t have the physical strength to [harm others], and assuming that if an older patient presents with a bruise, it was due to a fall,” said Associate Professor Wijeratne, who is also Associate Professor (Adjunct) at the University of Notre Dame’s School of Medicine in Sydney.

Writing in this week’s MJA with Dr Sharon Reutens, a psychogeriatrician with NSW Justice Health and Forensic Mental Health Network, Associate Professor Wijeratne noted that 14% of Australian homicides involving victims aged 70 years or over were committed by an intimate partner.

“We also believe it is important to recognise that over 40% of older victims of domestic violence-related assaults are men and that such violence can be perpetrated by women or be bidirectional,” the authors wrote.

Professor Jacqueline Close, President of the Australian and New Zealand Society for Geriatric Medicine, said that as a society, we sometimes forgot that older people were capable of acts of violence and intentionally inflicting direct harm to others, including older people.

“Health care professionals need to be vigilant to the possibility of abuse of older people by older people, and ensure that the victim is afforded access to appropriate support. The person should also be given the opportunity to report it as criminal activity,” she told MJA InSight.

“Clinicians should be aware of atypical injury patterns, which might otherwise be attributed to a fall, and give the injured person the opportunity to discuss the origin of injury. This often needs to be done discreetly and over time.”

Associate Professor Wijeratne said that elder abuse had been firmly in the sights of gerontology and geriatric psychiatry for some time, and while domestic violence was a form of elder abuse, there were key differences.

Associate Professor Wijeratne said that in long-standing cases of domestic violence – which research from the UK has estimated to have a mean duration of 39 years among older couples – the abuse may change over time.

“[The abuse may stop] being physical, but there may be ongoing emotional and psychological abuse,” he said.

Also, there may be an additional complication of the perpetrator becoming the victim’s carer, which can exacerbate the abuse and lead to neglect.

“That certainly stops the abuse being reported. The victim then doesn’t have the cognitive or other wherewithal to make that kind of notification.”

Associate Professor Wijeratne said there were societal, cultural and legal issues that had contributed to long-term domestic violence in this older cohort.

“The generation now in their late 60s, 70s and 80s came of age at a time when society was very different, we didn’t talk about domestic violence,” he said, noting that rape within marriage was not criminalised throughout Australia until the 1990s.

Associate Professor Wijeratne said some patients recalled seeking help in the early years of their marriage only to find that they had no support from family or police, and there were no community resources available, such as shelters.

“One victim told me that police have turned up in the past and said ‘sorry, we can’t do anything until we see blood’, which, by our current standards, seems to be quite an extraordinary statement, but the police were clearly not trained,” he said.

Professor Close said it was important to remember that a relatively recent and uncharacteristic change in someone’s behaviour may be an indication of an underlying dementia, an undiagnosed mental health disorder or an expanding lesion in the brain.

“These people need to be identified and appropriately assessed by health care professionals.

“Managing someone with a dementia that includes violent behaviour and abuse is challenging and the carer and the family need to be integrally involved. Identification of the triggers for the unwanted behaviours and strategies to manage are part of process of care,” said Professor Close, noting that September is Dementia Awareness Month.

Associate Professor Wijeratne said that dementia can lead to people losing their inhibitions, causing them to react to trivial life stresses in an irascible, impulsive and compulsive way. Also, he said, later in the course of dementia, psychiatric behavioural symptoms may develop, which can result in aggression.

While dementia-related aggression wasn’t typically considered as domestic violence, Associate Professor Wijeratne said it was important to be mindful of the potential for psychosis.

“It can really become a problem when people develop psychotic ideas as well, and the one we see most commonly in clinical practice is where people develop delusions of jealousy,” he said. “They believe that their partner is having an extra-marital affair.”

Associate Professor Wijeratne said that domestic violence in this older cohort was a complicated area that required a multidisciplinary approach to treatment, including doctors, nurses and social workers.

“If we can get GPs to recognise this as a potential problem and refer on to specialist services, geriatric medical or geriatric psychiatry services, then that will go a long way towards managing this issue.”