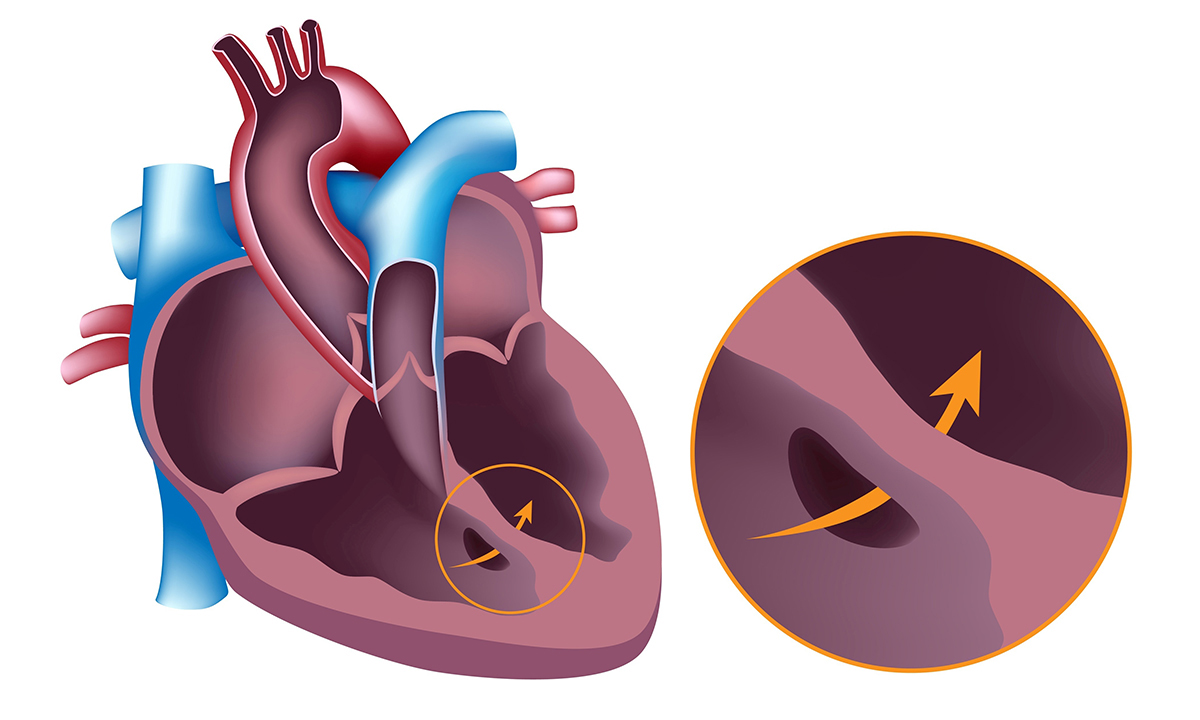 WITH an estimated 65 000 Australians living with congenital heart disease (CHD), combining mental and physical wellbeing should be the focus for clinicians, according to a Perspective published in the MJA.

Survival with CHD has improved remarkably over the past 2 decades, bringing with it a new set of challenges, including more complex treatment choices and the need for transition from paediatric to adult cardiac services.

“Embedded in each of these challenges are a range of psychological complexities, foremost of which is how to best support the wellbeing of people with CHD across a lifetime,” Associate Professor Nadine Kasparian and her colleagues wrote.

By providing integrated models of care, the focus on “congenital heart health” is considered to be the way of the future.

In 2010, an integrated clinical psychology service dedicated to CHD was formed across the Sydney Children’s Hospitals Network. The stepped-care approach was tailored specifically to the needs of the families and children affected by CHD.

“Our medical, nursing and psychology teams work hand-in-hand. Our focus is on providing the best possible care and support across a lifetime,” Associate Professor Kasparian told MJA InSight.

Co-author Associate Professor Gary Sholler, a paediatric and fetal cardiologist at the Children’s Hospital at Westmead, said that it had been a cultural shift; however, providing psychological support was now seamlessly integrated with medical care.

“One of the big challenges in developing social and emotional care programs in medical programs like ours is to not make it unusual or strange,” he told MJA InSight. “I think some of the misgivings that families and patients have is that it’s somehow labelled as being distinctive. For us, it’s a natural part of what every patient receives to whatever degree they need it.”

Overwhelming evidence now suggests that depression and anxiety in the parents of children with CHD during the period from conception to the end of the first year of life can have devastating consequences.

Providing mental health services as early as possible can help improve outcomes not only for parents, but for their children.

“Early intervention can also have important longer term implications, by preventing or reducing the risk of difficulties in the future,” Associate Professor Kasparian said.

Some babies with complex CHD may need several operations or may need to spend weeks or months in hospital, and these experiences can have profound consequences, emotionally and developmentally.

Associate Professor Kasparian said that there were targeted ways to nurture the developing bond between babies and their parents, to help support babies through these difficult experiences.

“Sometimes mums who would like to breastfeed their baby aren’t able to initially, due to their baby’s medical needs,” she said.

“Supporting mums in finding other ways to bond with their baby is really important. It is also very important to recognise that many parents experience intense feelings of fear, sadness and loss. Timely psychological care can go a long way to supporting the health and wellbeing of mums, dads and their babies.”

As the children grow up, the focus is on trying to look beyond the immediate crisis and providing a focus on a lifetime of outcomes.

However, as children progress into adolescence and start to break their bonds with their paediatric care team, an overwhelming number of them stop seeing a cardiologist altogether, which can have catastrophic health consequences.

According to David Celermajer, the Scandrett Professor of Cardiology at the University of Sydney and Head of Adult Congenital Heart Disease Services at the Royal Prince Alfred Hospital, the reasons for this are varied.

For some patients, there is a misapprehension that they’re cured, which may not be the case. Other patients find it difficult to let go of their trusted paediatric cardiologist and get to know an unknown cardiac doctor.

However, Professor Celermajer said that by far the most important reason was that adolescence is a time for change and not many young people want to add their heart problem into their search for identity at that age.

Dr Stephen Carbone, the policy, research and evaluation leader from beyondblue, agreed that adolescence was a difficult time for transition.

“There’s a lot of boundary testing and challenging and wanting to fit in with peers and not wanting to be seen with a certain condition. We also see these issues with type 1 diabetes and cystic fibrosis patients.”

In 2013, Professor Celermajer and colleagues at the Cardiac Society of Australia and New Zealand published an article outlining best practices in transitioning patients from paediatric to adult cardiac care, which have seen some great improvements.

There are now transition clinics in some paediatric hospitals where teenage patients can meet their adult care team and become familiar with them over a period of time.

“I talk about push and pull – the push from the kids’ hospital and the pull from the adult end. I think a lot more of that has been done in the past 3 years with recognition of that problem,” he said.

However, Professor Celermajer said that one area which had lagged was providing mental health support for adult congenital heart disease patients.

“There is a big awareness of the problem to really address it. Adult congenital heart units would ideally have a psychologist and a social worker as part of the multidisciplinary team. However, in practice that’s been difficult to achieve because of funding issues,” he said.

All clinicians contacted by MJA InSight agreed that for the whole-of-life plan to work, GPs must play an integral part in providing mental health support for CHD patients of all ages.

“GPs seeing families on a regular basis are often more aware of emotional changes because they knew them before,” Associate Professor Sholler said.

The hope now was for the lessons learned in the paediatric setting to be applied as national standards to support all clinicians working with CHD patients.

“We will be working with some of the professional bodies particularly interested in this area to develop some national initiatives to try to make the problems better understood and recognised, and hopefully [we can] provide better options for all families affected by heart abnormalities,” Associate Professor Sholler said.

* Another baby in gas bungle at Sydney hospital

Do you like the new design of MJA InSight?