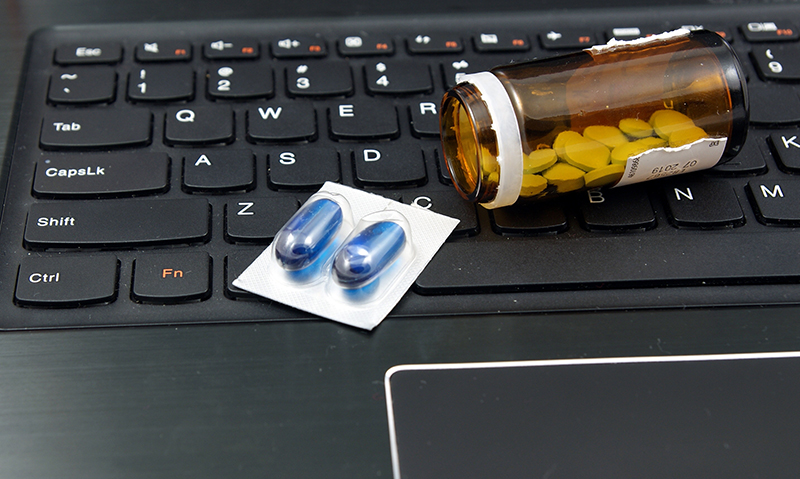 WITH only a minority of online pharmacies considered legitimate, experts are now debating how to address the growing problem of substandard and counterfeit medications.

Dr Conor Hensey from the Department of General Medicine at the Royal Children’s Hospital in Melbourne told MJA InSight that Australia must set up a safe list of online pharmacies to help protect consumers from the dangers of counterfeit drugs.

“This way, consumers would have easy, reliable access to a list of authorised websites and be able to refer to this resource prior to purchasing medications online.”

Dr Hensey coauthored an article published online today by the MJA which explained the interplay between online pharmacies and the purchasing of counterfeit and substandard medications.

“Globally, there are about 36 000 active internet pharmacies, of which less than 5% are estimated to be legitimate,” the authors wrote.

“There have been recent reports in Australia of these medications being contaminated with sulfonylureas and sibutramine with significant adverse effects,” Dr Hensey and his coauthors wrote.

The authors urged Australians to be vigilant to the risk of unregulated online pharmacies, and to develop clear guidelines for monitoring, regulation and education.

A spokesperson for the Pharmacy Guild of Australia (PGA) told MJA InSight that they acknowledged the seriousness of the problem of counterfeit and substandard medicines at home and internationally.

“The World Health Organization estimates that up to 1% of medicines available in the developed world, and 10% globally, are likely to be counterfeit.

“The globalisation of markets has made the distribution of medicines easier, with people having direct access to medicines via the internet without the need for consultation with a health professional.”

By having this direct and unregulated access, people are in real danger of being supplied with medicines that are not suitable for their condition, or cause harmful interactions with their other medications, they said.

The MJA authors wrote that there were several key stakeholders with a role to play in addressing the sale of counterfeit and substandard drugs.

This included the Therapeutic Goods Administration (TGA) and the PGA, who should work together to release the safe list of Australian online pharmacies, they wrote.

However, in a statement to MJA InSight, the TGA said that pharmacy regulation was the responsibility of state and territory governments.

“Given the TGA is the national regulator of therapeutic goods and does not regulate retail or wholesale pharmacy or the practice of pharmacists, publishing a list of pharmacies accredited by another body is not the role of the TGA.”

The TGA statement said that the dispensing of prescription medicines in Australia, including online by Australian pharmacists, requires pharmacists to comply with state laws. However, online pharmacies operating overseas fell outside of Australia’s laws.

“Internet-based sales can be a delivery mechanism for counterfeit medical products, risking the health of those who seek cheaper or unapproved products.

“Consumers need to be aware of the risks associated with purchasing medicines over unknown internet sites or from unlicensed vendors,” the TGA said.

A PGA spokesperson agreed, saying they “urge pharmacists to remain vigilant when purchasing medicines for supply through their pharmacy, and recommend the use of the International Pharmaceutical Federation (FIP) Tool for Visual Inspection of Medicines”.

Even without the involvement of the TGA, Dr Hensey said that setting up an online pharmacy safe list would be fairly straightforward.

He said that as a starting point, the PGA’s Quality Care Pharmacy Program could be used to acquire a list of Australian pharmacies trading online.

Australia could also look to the examples being set around the world, where there are a number of existing programs available, including LegitScript and the European Union logo, which is available on national websites listed with the European Medicines Agency.

Dr Hensey said that when a safe list is set up in Australia, it should be launched alongside a public awareness campaign with two driving messages.

First, there needs to be a clear message to the public about the potential and serious danger and risks of buying medicines from unregulated, overseas pharmacies.

For the campaign to have a tangible impact, the safe list must also be set up on a suitable website where the public could be directed to and learn more about authorised online pharmacies.