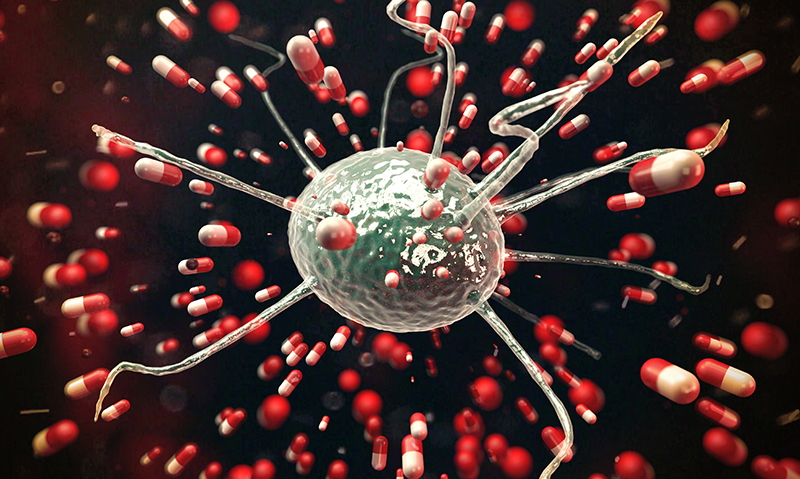 Collaboration key to reducing antibiotic use

A COLLABORATIVE, cross-industry approach to containing antimicrobial resistance will bolster efforts to reduce antibiotic use and ensure accountability, say experts.

Dr Lynn Weekes, CEO of NPS MedicineWise, said a “one health” approach would help to engage a wider group of stakeholders in efforts to address antimicrobial resistance, and ensure all groups took responsibility for their actions.

“By taking that ‘one health’ approach it stops groups from shifting the accountability to others, so it’s not the hospital’s fault, it’s not the vet’s fault, it’s everybody’s fault. It changes the conversation,” she told MJA InSight.

“This approach puts the issue into perspective because most antibiotics are used in human medicine, not in veterinary medicine or in agriculture, so it keeps putting the focus back on where the problem really is.”

Dr Weekes was commenting on an editorial published in the MJA today, outlining Australia’s first National Antimicrobial Resistance Strategy, a 5-year joint program for national surveillance of antimicrobial resistance and antibiotic usage. The strategy is being implemented by the Department of Health and the Department of Agriculture and Water Resources.

Lead author, Professor John Turnidge, who heads the Australian Commission on Safety and Quality in Health Care program for national surveillance of antimicrobial resistance and antibiotic usage, said many components of the response had been underway for some time, but a unified commitment to change would strengthen these individual efforts.

“Quite a lot of the [strategy’s] components … have been happening in an independent and uncoordinated way up until now, and that’s been part of the problem, actually getting central commitment and coordination, and a unified view about how to tackle all the different issues,” Professor Turnidge told MJA InSight.

The strategy incorporates seven objectives, including developing national surveillance – a system for which will be completed in June 2016 – and increasing awareness and understanding of antimicrobial resistance.

“[Increasing awareness] is one of the big conundrums,” Professor Turnidge said. “It’s not like the average citizen hasn’t heard about antibiotic resistance and how we’re using antibiotics inappropriately. But when a patient goes to a GP because they are feeling crook, they don’t care about those things, they just want to get better.”

He said a core issue was the human psyche and how we responded to illness, and it was only recently that researchers were beginning to investigate how to influence these emotional responses.

Professor Turnidge said constantly reinforcing the message of appropriate antibiotic use was important in changing this behaviour.

“There is an element of water dripping on stone; you just have to keep at it until you find that tipping point in getting people to understand that change has to be embraced … and it has to be embraced on a personal level – it can’t be ignored.”

The editorial noted that NPS MedicineWise had been running advertising and other programs to raise awareness of antimicrobial resistance but the full impact of these programs was “yet to be fully felt”.

Dr Weekes agreed there was still a long way to go but said there were some encouraging signs. She said a 2015 NPS MedicineWise consumer survey of 2581 adults, showed that 13% of people would ask their doctor for antibiotics when they had a cold or flu, down from 17% the previous year.

Dr Weekes also pointed to findings from the Bettering the Evaluation and Care of Health program, which identified an overall drop in the antibiotic prescribing rate for upper respiratory tract infections in general practice.

“There are still way too many prescriptions, but we’re seeing the right signals that people are picking up the message and starting to behave in a way that will make a difference,” Dr Weekes said.

However, misconceptions around antibiotics remained, with 28% of NPS MedicineWise survey respondents saying that antibiotics would help them a cold or flu, and a further 36% saying they “don’t know” or offering a neutral response.

“It goes way beyond the science and involves changing patient knowledge and attitudes, and changing systems.”

Professor Magin and colleagues recently published the results of a cross-sectional analysis of data from the Registrars’ Clinical Encounters in Training (ReCEnT) study that found early career doctors had a high frequency of antibiotic prescribing for sore throat and there was little attenuation in prescribing with increased experience.

While emphasising the limitations of a cross-sectional study in demonstrating behavioural change, Professor Magin said it was surprising to find no attenuation of prescribing.

“If we looked at prescribing by their term, the more senior registrars were not more parsimonious in their prescribing,” he said.

Professor Magin said registrars were not a “bad group” and prescribed modestly less than senior doctors. “But we had hoped that this younger cohort would have been prescribing a lot less than their senior colleagues, because messages about antibiotic resistance have been out there for a while now, including in medical school courses,” he said.

Professor Magin said registrars needed to be equipped with not only the scientific knowledge of antibiotic resistance, but with strategies to negotiate patient behaviour and manage expectations.

“Better patient health literacy in this area would be really useful because our qualitative work suggests that this is an area where registrars feel they are unable to change patients’ attitudes,” he said.

NPS MedicineWise will again ramp up efforts to ensure appropriate antibiotic use for the upcoming cold and influenza season.

Dr Weekes said GPs would be provided with prescribing data and resources to reinforce messages about antibiotic resistance, such as patient action plans. For consumers, Dr Weekes said the organisation would be tapping into social media to get the message to hard-to-reach groups, as well as seeking publicity for a range of short films on antibiotic resistance developed in conjunction with the Tropfest short film competition. Dr Weekes said GPs could also use these films to reinforce the message to patients.