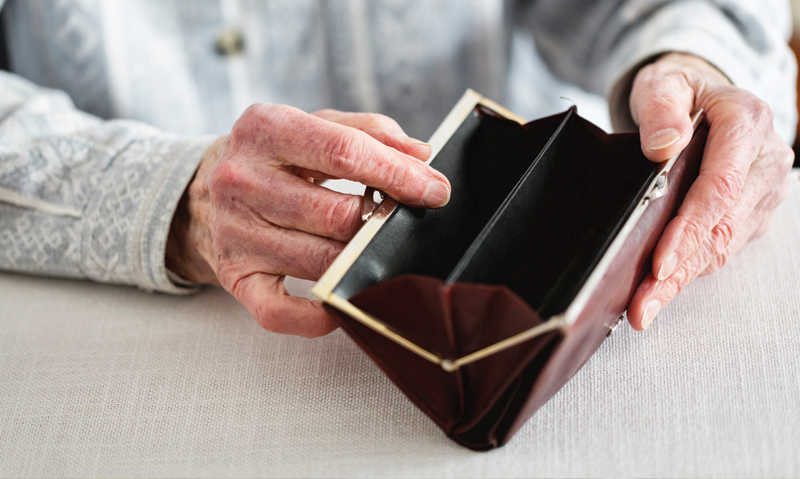 In a “Clinical focus” article published in the MJA, financial capacity was defined as the ability of a person to satisfactorily manage their financial affairs in a manner consistent with personal self-interest and values. (1)

The authors wrote that when an adult experienced cognitive decline and diminished decision-making capacity, they became more vulnerable to financial exploitation, which was estimated to affect 1.1% of older Australians.

Financial abuse might occur through actions such as consumer fraud or undue influence, in which an individual is able to convince another to act in a way contrary to their will, they wrote.

Dr Craig Whitehead, geriatrician and president of the Australian and New Zealand Society for Geriatric Medicine, told MJA InSight that the possibility of undue influence made the assessment of financial decision-making capacity difficult for GPs.

“A cognitively impaired patient is often dependent on a family member to care for them, but that family member might be trying to use them to extract money, so GPs can get drawn into family disputes”, he said.

The authors of the MJA article wrote that the current overreliance on clinical judgement or non-specific assessment tools to determine decision-making capacity was worrying. They recommended that clinicians instead conduct a formal objective assessment using multiple instruments and information sources, including performance-based tests, neuropsychiatric assessments and self-report clinical interview data.

“In order to better meet the needs of patients, their families and their carers, as well as clinicians involved in such assessments, standards and guidelines for the assessment of capacity are needed”, the authors wrote.

While Dr Whitehead believed patients with cognitive impairment should be referred to a specialist, he said GPs played a role in the initial assessment of whether financial decision-making capacity was becoming a problem. Vital to this was the establishment of good GP–patient rapport, because of the personal nature of financial questions.

“GPs can try to get an understanding of whether their patient knows what they own, what money is, how much they spend, what the pension is, or what a power of attorney or will means.”

Dr Whitehead said it was critical that doctors took the opportunity to consult multiple family members about their observations of a patient’s financial decision-making capacity. “If every member gives consistent answers about their relative, then it is reliable data.”

If the responses were not consistent, GPs should be conscious of the possibility of financial exploitation, he said.

He said it was important that GPs understood the relevant laws in their jurisdiction — for example, the legal threshold for determining financial capacity varied from state to state.

“[Also], advance care directives are legally binding in NSW, but in Victoria they are not reinforced by legislation.”

If a GP suspected that a patient was being exploited by the holder of their power of attorney, they can advise the family to seek legal support, which may include submitting an application to the relevant authority to revoke this power of attorney and appoint another guardian, Mr Davis explained.

“In NSW this review would be conducted by the Guardianship Board”, he said.

Associate Professor Dale Bagshaw, from the University of Adelaide’s school of psychology, social work and social policy and chair of the Elder Mediation Australasian Network (EMAN), agreed that the financial exploitation of older adults was a significant problem, but believed more emphasis was needed on the prevention of this abuse.

She said health care professionals should be part of the broader movement that encouraged older adults to plan for their future and “have an open discussion with their family about their wishes, before their cognitive function declined significantly”.

At EMAN sessions, individuals could access important health, financial and legal information from service providers, and receive assistance from trained mediators in resolving disputes between relatives.

Professor Bagshaw said that the increased provision of these planning services could reduce the levels of financial abuse and minimise family conflict.