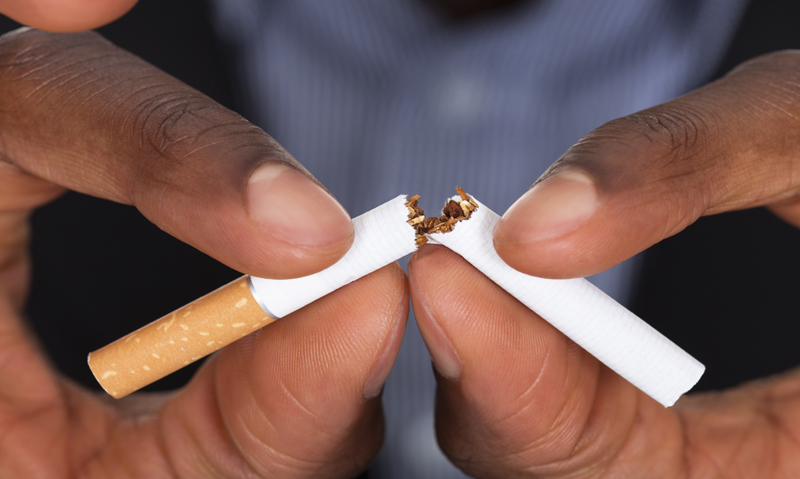 A COMMUNITY-based, participatory research method that has addressed the urgent need for national data on smoking in the Indigenous population also has potential in other areas of health research.

Associate Professor David Thomas, head of the wellbeing and preventable chronic disease division at the Menzies School of Health Research and project leader on the Talking About The Smokes (TATS) project, told MJA InSight that such an approach was justified given the significant contribution of tobacco to health problems in Aboriginal and Torres Strait Islander communities, and it also provided the chance “to answer the many questions there are about this issue”.

Professor Thomas led the team publishing a supplement this week in the MJA, with the first two articles describing the study methods used in the TATS project, which is based on WHO principles for conducting community-based participatory research involving Indigenous peoples. (1)

The TATS project, initiated in Australia in 2010 as part of the International Tobacco Control Policy Evaluation Project, surveyed a representative cohort of 2522 Aboriginal and Torres Strait Islander adults to assess the impact of tobacco control policies on their smoking habits. (2)

The project involved baseline and follow-up surveys conducted through 34 Aboriginal community-controlled health services and one Torres Strait community. It demonstrated the value of research agreements and trusting relationships to foster shared decision making, capacity building and a commitment to Indigenous data ownership.

The authors said their results highlighted that community-based participatory research methods could deliver social and cultural validity when aligned with the needs and priorities of those being researched.

Professor Thomas, told MJA InSight that while it was not always feasible to undertake such a large-scale study, when it came to big health issues like tobacco control, it was important to use this type of research method to best understand national trends.

“The problem with a smaller scale study is that there is always a question mark over how generalisable the results really are.”

In response to why the sampling of the TATS project was non-random, Professor Thomas said that his research team chose to work with Aboriginal community-controlled health services because they were the trusted organisations that could ensure the right questions were being asked in the right way.

“We also wanted to focus on the organisations with the closest relationship to the people for whom these tobacco control programs are being run”, Professor Thomas said.

Professor Sarah Larkins, associate dean of research at the College of Medicine and Dentistry at James Cook University, agreed, telling MJA InSight that, historically, the results of studies had not always been used in a way that was helpful to these communities, which contributed to a level of distrust among some Indigenous people towards research projects.

“These issues have been recognised for quite a few years, so lots of work has been done through the NHMRC and the National Aboriginal Community Controlled Health Organisation in documenting how the processes of engaging with Indigenous communities and health services should work.”

Professor Larkins said that community-based participatory research was fairly widely accepted as a best-practice research method among those involved in Aboriginal and Torres Strait Islander health.

Professor John Carlin, head of biostatistics at the Murdoch Children’s Research Institute and professorial fellow at the University of Melbourne’s School of Population Health, told MJA InSight that while this research design was helpful in studying potentially sensitive issues, he did not believe it was ideal for deriving reliable information about whole populations.

He said this was because researchers could never be sure that the people who volunteer for the study truly represent the rest of the community.

“You can make various comparisons with respect to characteristics for which there are population reference data, as the authors have done in this research, but you just can’t be sure — at least not in the way that you can with the ideal of a randomly selected sample.”

Professor Carlin acknowledged that recruiting random samples of individuals from most communities was an increasingly difficult task, which highlighted the importance of studying and documenting the limitations of various alternative research methods as much as possible.

Professor Larkins believed another potential limitation of the method was the extent to which the grassroots communities were involved, which was often variable, saying there had been cases where “the work is participatory in name only”.

Nevertheless, she said that when the approach was applied appropriately, “it is applicable in many areas of health research”

“There’s a large body of literature on community-based participatory research, but it has been relatively underused in health”, Professor Larkins said.