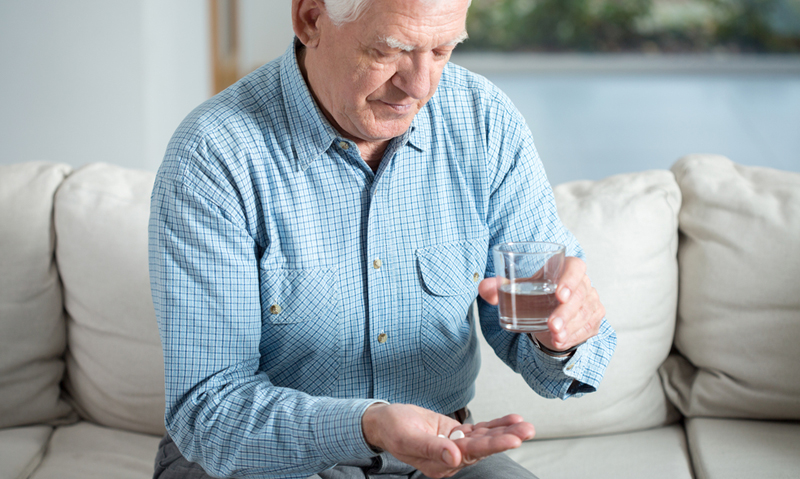 RESEARCH showing lipid-lowering drugs may have a role in the primary prevention of stroke in older patients has been cautiously welcomed by Australian experts who want more robust evidence before recommending practice changes.

A French prospective observational study of 7484 people, published in BMJ, found that lipid-lowering therapy with either statins or fibrates was associated with a 30% reduction in stroke risk for people in with a mean age of 73.9 years and no history of vascular events. (1)

However, the study found no association between lipid-lowering therapy and coronary heart disease (CHD) in this cohort.

Professor Graeme Hankey, professor of neurology at the University of WA, told MJA InSight the study contributed information to a relative “evidence-free zone” of the impact of lipid-lowering therapy in people aged over 75 years, but was insufficient to change practice.

“This study reinforces the call for us to do a proper large randomised trial of lipid-lowering therapy in the very elderly because they seem to have been neglected in previous randomised trials”, he said, adding that such trials could look not only at statins but at new therapies such as ezetimibe, cholesterol ester transfer protein inhibitors and proprotein convertase subtilisin-kexin type 9 inhibitors.

“We really need more evidence in the elderly population who are becoming a greater part of our community as the population ages and are increasingly contributing to the burden of stroke and heart attack.”

Professor Hankey authored an editorial accompanying the research. He wrote that the study’s divergent findings for stroke and CHD might be due to random error; systematic error such as selection or channelling bias; or the more diverse pathogenesis of stroke compared with CHD. (2)

Professor Mark Nelson, chair of general practice at the University of Tasmania, said the BMJ study was interesting, but the residual confounding as outlined in the editorial, as well as the study’s failure to investigate safety in its elderly cohort meant further research was needed.

Professor Nelson was hopeful that a Monash University study — Statin therapy for reducing events in the elderly (STAREE) — would provide some more definitive evidence of the benefits and harms of statins in the elderly. He encouraged GPs to participate in recruiting patients for the trial, which starts this month. (3)

The STAREE trial is recruiting about 18 000 patients through general practices in Perth, Hobart and Melbourne and will investigate the benefits and harms of statin therapy (atorvastatin 40 mg) in those aged 70 years and over.

Professor Nelson said the NHMRC-funded trial might eventually expand into the UK, the US and possibly New Zealand.

“It’s a public good study and the message out of [the BMJ research] is that we need a definitive study”, he said. “These retrospective observational studies give you information but they don’t give you the definitive answer.”

Associate Professor Ian Scott, associate professor of medicine at the University of Queensland, also urged caution in interpreting the findings of observational studies.

“We are seeing a lot more [observational studies] because people now have large registries and observational databases”, he told MJA InSight.

While information from observational studies could be helpful, the findings would have to be replicated in large, randomised controlled trials before changes to practice could be recommended.

Professor Scott, who wrote in the MJA last year of the importance of desprescribing in the elderly, said care was also needed not to add to the burden of polypharmacy in this population or to incur costs to the health care system without first having definitive evidence of benefits and potential harms. (4)

Professors Scott and Hankey welcomed the STAREE trial, although Professor Scott said the trial’s exclusion criteria — which includes patients with diabetes and dementia — would limit its generalisability.