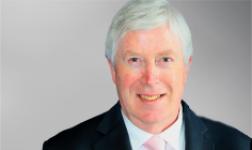 The Australian launch follows the successful Choosing Wisely program run in the US by the American Board of Internal Medicine Foundation. In that program, more than 80 colleges and specialist societies each contributed five evidenced-based guidelines in their area of expertise of things that doctors should not do.

These included radiological investigations, pathology tests, pharmaceutical regimens for antibiotics and other drugs, or procedures including cardiac investigations, endoscopy or surgery. These guidelines are published online and are easily accessed by doctors and consumers.

In the US it was stressed from the beginning that this was a quality program, not a cost-cutting one.

In Australia, there has been great support from the medical community to establish the program here, including from the Royal Australian College of General Practitioners (RACGP), which is essential, as its members will be the major recipients of this advice.

The RACGP has members on the representative panel and the Choosing Wisely Australia Advisory Group.

The Royal Australasian College of Physicians is fully supportive of this project, and has established the EVOLVE initiative, which is working in partnership with its associated special societies and divisions to develop peer-led guidelines.

NPS MedicineWise is also liaising with other interested colleges, including the Royal Australasian College of Surgeons, which will be an essential part of Choosing Wisely Australia.

Individual doctors can ask questions and provide feedback regarding any of the recommendations through their own colleges and special societies.

The second group of beneficiaries of the Choosing Wisely Australia advice and guidelines will be consumers. Consumer information will be developed so patients can discuss these issues with their doctor.

It is hoped this will reduce the number of patients asking for unnecessary tests and procedures, without impacting on the patient–doctor relationship.

Concerns have been raised that government and insurers will use Choosing Wisely Australia recommendations to limit the services doctors can offer patients.

First, this has not happened in the US to date. Second, the advice is expert and evidenced-based, and should be followed by the profession. And third, there is already a committee, the Medical Services Advisory Committee, which provides advice to the Minister for Health on the strength of the evidence to take items off the Medicare Benefits Schedule (MBS).

Choosing Wisely Australia is a program by doctors for doctors and their patients and is a new way forward for evidence-based medicine in Australia.

Do you think the Choosing Wisely Australia program will have an impact on medical practice?