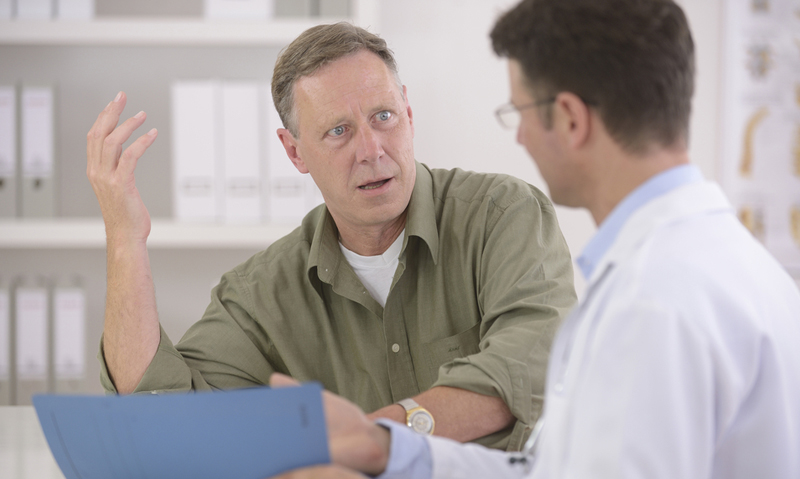 Professor Graeme Suthers, director of genetics at Sonic Healthcare Australia, said it was very rare for patients to object to relevant genetic information being provided to at-risk relatives, but this was likely to change with increasing numbers of people undergoing genetic testing and testing being arranged by specialists other than clinical geneticists.

Professor Suthers said for clinical geneticists, the family was the unit of care, and the importance of sharing genetic information with family members was made clear to the patient before any testing was undertaken.

However, he said testing was now being arranged by clinicians who were not necessarily working in this family-centric mode.

“If you have a neurologist or an oncologist, or a cardiologist, they are appropriately — this is not a criticism — concerned about the individual patient who is in their rooms, and they are not necessarily going to have the same focus on the family as the unit of care as we do in clinical genetics”, said Professor Suthers, who is also a spokesperson for the Royal College of Pathologists of Australasia.

He was commenting on an MJA article that highlights the need for a uniform approach by states and territories on the provision of genetic information to at-risk relatives. (1)

In the article, Professor Margaret Otlowski, dean of the University of Tasmania’s faculty of law, said that, since 2006, federal privacy legislation had permitted the disclosure of genetic information to genetic relatives without patient consent, “provided that the health practitioner reasonably believes that disclosure is necessary to lessen or prevent a serious threat to the life, health or safety of genetic relatives”.

However, these principles applied only to health practitioners employed by federal agencies, and not those employed by states and territories.

She said while NSW had amended its privacy act to be consistent with federal guidelines, inconsistencies remained in the approaches of other states and territories.

Professor Otlowski wrote that the lack of uniformity was “nonsensical” and meant there was potential for health practitioners working across several jurisdictions to be subject to conflicting regulations or potentially having to deal with family members living across several states.

Professor Suthers who, in his previous role as a clinical geneticist for SA Health, was involved in drafting NHMRC guidelines on the use and disclosure of genetic information to genetic relatives, said that in the 15 years he worked in clinical genetics, he had encountered only two or three cases where a patient would not consent to sharing relevant genetic information with relatives. (2)

He told MJA InSight even in those cases, it was usually possible to address the patient’s concerns over time and work out a way to get the information to at-risk relatives. When consent was given to share genetic information, in his experience, only about 40% of relatives contacted presented for follow up.

“There are a number of points at which communication in families can go pear-shaped. The focus on the Privacy Act has been useful to raise discussion and awareness about one particular aspect of it, but it’s certainly not the only [one]”, he said.

Associate Professor Kristine Barlow-Stewart, director of the Master of Genetic Counselling program at the University of Sydney and the former director of NSW Health’s Centre for Genetics Education, said it was not common for families to refuse to inform each other about genetic risks.

“Some may take longer than perhaps we would suggest, but often it’s not because they have no intention of [informing family members], they often just don’t get around to it”, she told MJA InSight. “Or they may not have spoken to their relatives for years, so the first time they speak to them is to inform them of this health problem in the family.”

Professor Barlow-Stewart said one of the important roles of genetic counsellors was to work with families to assist them to overcome some of these barriers.

However, she said it was becoming an area of increasing importance as the ability to identify risk was improving, and testing was moving from the province of clinical genetics to becoming a part of mainstream medicine.

A clinician may “reasonably believe” disclosure was necessary when there was a physical, psychological or emotional risk to an individual, and examples of such cases were provided in the NHMRC guidelines, she said.

However, it was important to remember that the privacy exemption applied only to living people and the genetic risks to unborn babies were not covered, Professor Barlow-Stewart said.

For example, she said a scenario in the NHMRC guidelines referred to the case of a young child diagnosed with Fragile X syndrome, but the child’s mother was opposed to sharing this genetic information with potentially affected relatives.

“The reason there can be disclosure without consent to a female genetic relative is because they are at risk of developing premature ovarian failure”, she said, but not because the woman’s future children were at risk of intellectual disability.

“Genetics is about families and … many people are concerned about the risk of passing [a condition] on to the next generation, but that issue is not covered by this exemption. I don’t think many people realise this.”