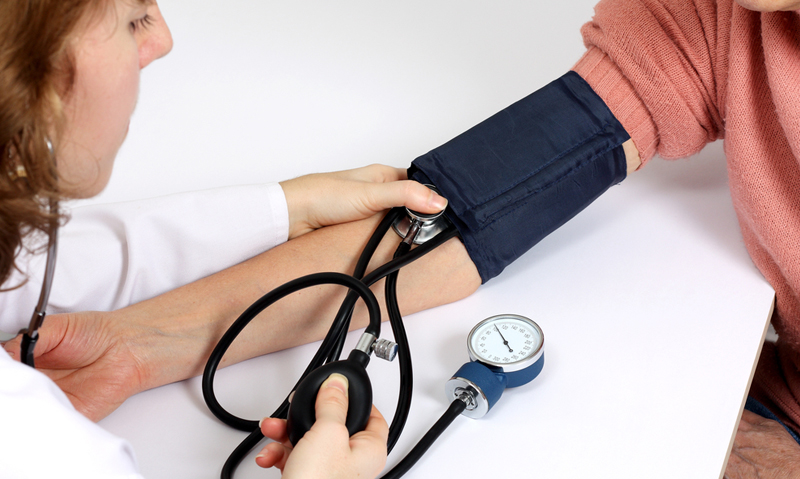 BLOOD pressure should be tracked long term and from young adulthood to more accurately predict and prevent chronic problems in later life, says a leading cardiologist.

They then looked for subclinical coronary atherosclerosis by measuring coronary artery calcification (CAC) with an electrocardiographically gated multidetector computed tomography scanner, identifying five unique trajectories in mid-BP and SBP that were significantly associated with the presence of subclinical atherosclerosis in middle age.

Participants who had elevated BP levels throughout the study period and those who had increases in BP levels over time had the greatest odds of having a CAC Agatston score of 100 Hounsfield units (HU) or greater. A CAC score of 100 HU or greater is considered a marker of high risk for coronary events.

“Importantly, the majority of these participants had BP levels within the range of prehypertension”, the authors wrote.

Participants in a trajectory group with elevated BP “represented an independent predictor of CAC beyond either baseline BP in young adulthood or year 25 BP during middle age and may help identify individuals with prevalent levels of CAC that have been shown to be associated with increased CVD risk”.

“Long-term trajectories in BP may assist in more accurate identification of individuals with subclinical atherosclerosis”, they concluded.

Professor Lattimore agreed, telling MJA InSight the study’s use of the surrogate outcome of CAC scores was “not unreasonable”.

“[BP trajectories are] something that is part of what’s going to be the future in this field”, she said.

“A hundred years ago hypertension killed young people because there were no drugs available. Now it’s considered a bit dull and boring …

“Now it’s about the consequences, the chronic effects of long-term high blood pressure. One in three people live to be 100 — if we want them to do that with quality of life we have to look after these chronic problems. We need to start decades earlier.”

An accompanying editorial in JAMA said the use of mid-BP trajectories “presents a novel approach for assessing coronary heart disease and CVD risk” and offered “an important perspective to support a preventive approach”. (2)

Professor Stephen Leeder, emeritus professor in public health and community medicine at the University of Sydney and editor-in-chief of the MJA, said the research added to a growing database showing BP problems had early origins.

“There is growing interest turning to the nurturing of children in their first 5 years”, he told MJA InSight.

“[A small study has been done on a] birth cohort which has detected changes in the thickness of arterial walls of children according to their diets. There is great interest in the influence of environment early in life”, he said. (3)

Research published in the International Journal of Epidemiology about hypertension in China, Ghana, India, Mexico, the Russian Federation and South Africa highlighted increasing rates of hypertension in low- and middle-income countries, citing inadequate levels of treatment and control. (4)

An accompanying editorial compared hypertension to the HIV epidemic in that both were largely asymptomatic, but can lead to “fatal and debilitating illness”. (5)

“A third of the deaths were in those under 65, which means it is cutting into the productive workforce”, he said.

“Blood pressure is one of the principle factors, as well as cigarettes and nutritional factors.”