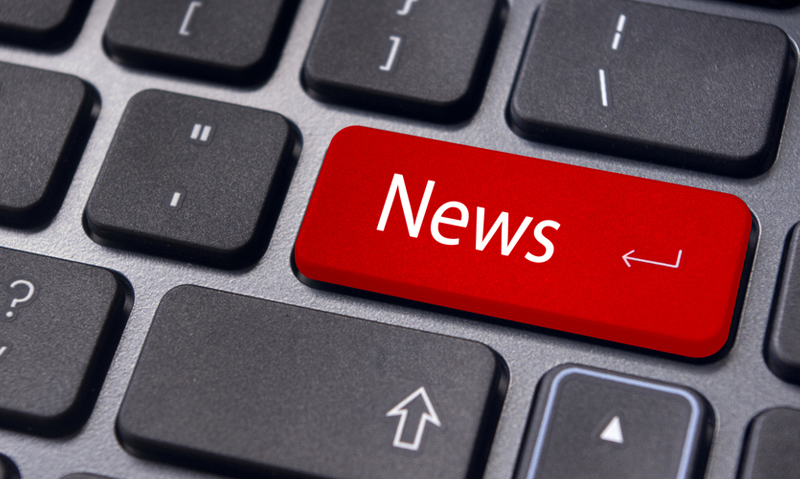 Call for systematic approach to chronic heart failure
AN expert panel convened by the National Heart Foundation of Australia has recommended a systematic approach to chronic heart failure (CHF) in a consensus statement published in the MJA. The authors wrote that the statement aimed to provide a guide on policy and system changes needed to improve the quality of care for people with CHF, recommending best-practice management through evidence-based, multidisciplinary, patient-centred care to improve health outcomes. They said although CHF management programs already existed, access remained a challenge, particularly for Aboriginal and Torres Strait Islander peoples, patients in non-metropolitan areas and from lower socioeconomic backgrounds, and culturally and linguistically diverse populations. The recommendations in the statement had the potential to reduce emergency presentations, hospitalisations and premature death from CHF. However, a lack of data and inadequate identification of people with CHF prevented efficient patient monitoring to improve or optimise care. “Expanding current cardiac registries to include patients with CHF and developing mechanisms to promote data linkage across care transitions are essential”, the authors wrote. Registries could “empower health care providers and organisations, peak and government organisations, care regulators, education providers and consumers to improve health outcomes for patients with CHF and to reduce harm”, they wrote. “This work needs to be underpinned by nationally recognised standards for outcome measurement that are universally recognised and easily applied in practice.” They said if the recommendations were adopted they had the potential “to facilitate and promote optimal and equitable health outcomes for all Australians diagnosed with CHF”.

Start running for longer life
AN observational study involving more than 55 000 adults has found runners have a 30% lower risk of all-cause mortality and 45% lower risk of death from cardiovascular disease (CVD) compared to non-runners, even after adjustment for potential confounders. The research, published in the Journal of the American College of Cardiology, was based on a medical history questionnaire which asked about leisure-time activity with a mean follow-up of 15 years. About 24% of the study population participated in running. During the follow-up period, 3413 all-cause and 1217 CVD deaths were recorded. Mortality benefits in runners were similar across quintiles of running time, distance, frequency, amount and speed compared with non-runners, whose life expectancy was 3 years lower than runners. Persistent runners had the most significant benefits, with 29% and 50% lower risks of all-cause and CVD mortality respectively, compared with never-runners. The researchers found that a minimum of 30‒59 minutes a week of running (5‒10 minutes a day) was associated with lower risks of all-cause and CVD mortality compared with no running. The associations were consistent regardless of sex, age, body mass index, health conditions, smoking status and alcohol consumption. “Not running was almost as important as hypertension, accounting for 16% of all-cause and 25% of CVD mortality”, the authors wrote. “Because time is one of the strongest barriers to participate in physical activity, this study may motivate more people to start running and continue to run as an attainable health goal for mortality benefits.” An accompanying editorial said that despite the “huge advantages of running” it could come with “a hefty cost to the body” because “persistent running is invariably associated with injuries”. However, the editorial said that “exercise is a miracle drug in many ways. The list of diseases that exercise can prevent, delay, modify progression of, or improve outcomes for is longer than we currently realize”.

Good results from transplant for severe combined immunodeficiency
A RETROSPECTIVE review of the results of hematopoietic-cell transplantation in children with severe combined immunodeficiency (SCID) diagnosed at birth or before the onset of infection has found a very high survival rate, even among those who received transplants from mismatched related donors, unrelated donors or cord-blood transplants. The research, published in the New England Journal of Medicine, involved 240 infants with SCID who had received transplants at 25 US centres during a 10-year period to 2009. The researchers found survival at 5 years, freedom from immunoglobulin substitution, and CD3+ T cell and IgA recovery were more likely among children who received grafts from matched sibling donors than those with grafts from alternative donors. Children who received grafts from matched sibling donors had a 97% survival rate while those who received T cell-depleted grafts from mismatched related donors and did not undergo conditioning had a survival rate of 79%. “… the survival rate was high regardless of donor type among infants who received transplants at 3.5 months of age or younger (94%) and among older infants without prior infection (90%) or with infection that had resolved (82%)”, the researchers wrote. “Because earlier transplantation is more successful, our findings suggest that newborn screening for SCID and early transplantation may improve survival.”

Obesity risk after adenotonsillectomy
A RANDOMISED trial involving 464 children with obstructive sleep apnoea syndrome (OSAS) has found early adenotonsillectomy (eAT) leads to significantly greater increases in weight and body mass index (BMI) compared with children assigned to watchful waiting and supportive care (WWSC). The trial, published in Pediatrics, included children aged 5‒9.9 years who had an average apnoea/hypopnoea index of 5.1/hour. Polysomnography and anthropometry were performed at baseline and at 7-month follow-up. The researchers found that after adjusting for demographic variables and overweight status at baseline, eAT was associated with an average increase in BMI z score of 0.12 U compared with WWSC, and the increases occurred in both overweight and normal weight children. They found overweight but not normal weight children who underwent eAT were more likely to become obese at follow-up compared with WWSC children. The researchers wrote that their findings “are consistent in demonstrating greater increases in weight in the 7 months after eAT compared with WWSC, and suggest that eAT results in a small overall increase in weight in children regardless of their baseline weight”. They wrote that the observation that “increases in the BMI z score were observed even in overweight children after AT suggests that monitoring weight, nutritional counseling, and encouragement of physical activity are important considerations after surgical intervention for OSAS in children”.

Resistant malaria spreads in South-East Asia
ARTEMISININ-resistant Plasmodium falciparum malaria has not been contained and has now emerged or spread across South-East Asia, according to research published in the New England Journal of Medicine. The open-label trial included 1241 adults and children with acute, uncomplicated falciparum malaria at 15 sites in seven Asian and three African countries. Patients received artesunate for 3 days, followed by a standard 3-day course of artemisinin-based combination therapy. The researchers found median parasite clearance half-lives ranged from 1.8 hours in the Democratic Republic of Congo to 7.0 hours at the Thailand–Cambodia border. Slowly clearing infections (parasite clearance half-life > 5 hours), strongly associated with single-point mutations in the “propeller” region of the P. falciparum kelch protein gene on chromosome 13 (kelch13), were detected throughout mainland South-East Asia. “The incidence of pretreatment and post-treatment gametocytemia was higher among patients with slow parasite clearance, suggesting greater potential for transmission”, the researchers wrote. They said the spread of artemisinin resistance and the consequent emergence of resistance to the increasingly unprotected partner drugs in artemisinin-based combination regimens could reverse recent substantial gains in malaria control. “New antimalarial drugs are under development but will not be available for several years. Radical measures will be necessary in Southeast Asia to prevent resistance to artemisinins and their partner drugs from spreading to the Indian subcontinent and then to Africa”, the researchers wrote. An accompanying editorial said the WHO estimated that in 2012, malaria caused 627 000 deaths compared to more than a million deaths 20 years ago. “An important contributor to recent success in malaria control has been the widespread use of highly effective artemisinin-based combination therapies”, the editorial said. “Hence, the emergence in Southeast Asia of Plasmodium falciparum parasites that are partially resistant to artemisinin is of great concern.” The editorial said every effort should be made to contain their spread as well as “pushing forward with the development of effective alternative treatments that are almost certainly going to be needed in the future”.

Evidence on e-cigarette risks and benefits inconclusive
A REVIEW of research on the use, content and safety of electronic cigarettes, published in Addiction, has found no conclusive evidence about the effectiveness of e-cigarettes to stop or reduce smoking. However, the authors wrote that the results of the review should encourage health care professionals to support smokers who were unable or unwilling to stop tobacco use and wanted to use e-cigarettes to reduce harm from smoking, while emphasising the importance of stopping the use of cigarettes and nicotine altogether. The review of 81 research articles found that the aerosol used in e-cigarettes could contain some of the toxicants present in tobacco smoke, but at much lower levels. The authors wrote that, unlike cigarettes, e-cigarettes did not deliver combustion-generated toxicants that were linked to cancer, chronic lung disease and cardiovascular disease. They said the long-term health effects of e-cigarette use were unknown “but compared with cigarettes, [e-cigarettes] are likely to be much less, if at all, harmful to users or bystanders”. They noted that “important regulatory verdicts” were being currently made about e-cigarettes, which needed science-based decisions to maximise benefits and minimise risks to public health. “The key issue to consider is whether [e-cigarette] use is likely to increase or decrease smoking-related morbidity and mortality”, they wrote. Claims that e-cigarettes acted as a “gateway” to smoking in young people were not supported by the evidence and there were also no signs that e-cigarettes were increasing the popularity of smoking or sales of cigarettes, the authors wrote.