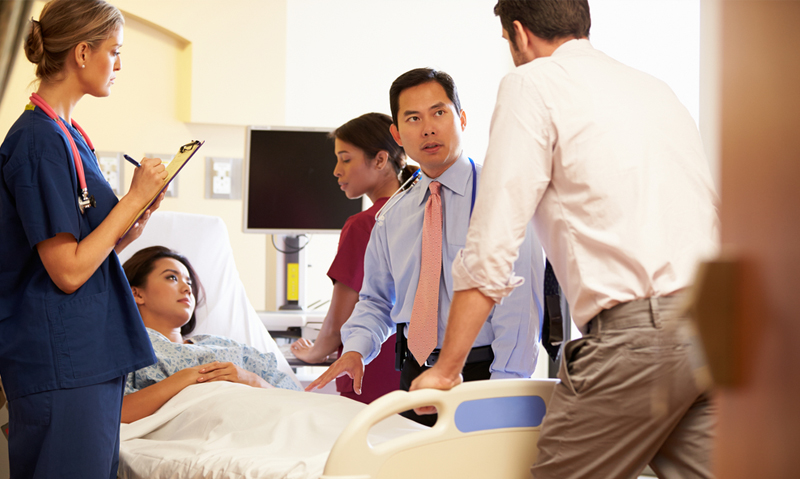 THE advent of rapid response systems in NSW hospitals has been credited with reducing the incidence of cardiac arrest among inpatients by more than 50% in the past decade.

Professor Ken Hillman, who in 1989 pioneered the rapid response system (RRS) used in hospitals across Australia, is a coauthor of research published by the MJA today which he says strongly validates the model. (1)

“It’s a lot of extra work having a rapid response team”, he told MJA InSight. “It can put strain on the intensive care department whose staff make up most of the team, and hospitals generally don’t get extra resources for it, but this study shows why it’s so worthwhile — a 50% reduction in inhospital cardiac arrests.”

Hospitals were now “much safer places” as a result of RRSs, said Professor Hillman, who is professor of intensive care at the University of NSW.

The study found the rate of inhospital cardiac arrests (IHCA) and IHCA-related mortality both halved in NSW hospitals between 2002 and 2009, with the proportion of hospitals with RRSs more than doubling from 32% to 74% during the same period.

NSW Health told MJA InSight that every NSW hospital now has a RRS to treat deteriorating patients before a cardiac arrest or death, rather than after the event. Most hospitals in other states also have a version of the system.

The MJA study authors wrote that “based on our findings … the estimated number of lives saved due to the reduction in annual IHCA-related mortality would be over 12 800 in Australia in 2011 compared with 2002”.

While the authors could not exclude the possibility that factors other than the rise of RRSs caused the fall in cardiac arrests, they said this seemed unlikely.

“There were no other state-wide initiatives specifically targeted to the prevention of IHCA during the study period”, they noted.

However, the study found an overall improvement in hospital mortality rates and no change in 1-year postdischarge mortality.

Professor Hillman told MJA InSight a rapid response team at a major metropolitan hospital would typically get seven to eight calls per day.

He said the study findings challenged the volume of resources being poured into improving the delivery of cardiopulmonary resuscitation (CPR), noting the study showed that 95% of the decline in IHCA-related mortality was due to prevention and only 5% due to improvements in how CPR was delivered.

However, Professor Hillman raised concerns about preliminary data that showed one-third of calls by the rapid response team were for patients at the natural end of life.

“It means hospitals are not very good at recognising people who are dying. The rapid response team has become the surrogate dying team.”

Professor Ross Kerridge, conjoint associate professor in the School of Medicine at the University of Newcastle, is a long-time supporter of RRSs, but suggested the findings of the latest study were inconclusive.

“Falling hospital mortality rates may be the result of other changes, not just the rise of rapid response teams”, he told MJA InSight.

“Since the development of medical emergency or rapid response teams there is a much greater awareness of the risk of deteriorating patients and the need for better acute care in hospitals. Whether you could maintain that without having a high-level rapid response team is an interesting question.”

However, Professor Kerridge said it was a question that might need to be answered, as intensivists at some hospitals were questioning their level of involvement in RRSs.

“I have grave concerns for the safety of patients, unless the medical leaders of the rapid response team are well trained in acute resuscitation and have all the skills intensive care registrars have”, he told MJA InSight.

Professor Michael Buist, an intensive care specialist and professor of health services at the University of Tasmania, said the fall in inhospital cardiac arrests was a “fantastic” outcome, but added that the very need for RRSs revealed a critical deficiency in medical training.

“Doctors and medical students do not know how to look after a sick patient”, Professor Buist said. “To my horror, the medical students I look after aren’t assessed on how to care for the whole patient. Instead we use 5-minute tests of various skills through the objective structured clinical examination.”

The problem was compounded by increasing specialisation, with “generations of doctors who practise in their siloed specialised areas”, he said.

However, Professor Kerridge told MJA InSight there would always be “a hierarchy, with some people who are better trained and more experienced at dealing with acute medical problems than others”.