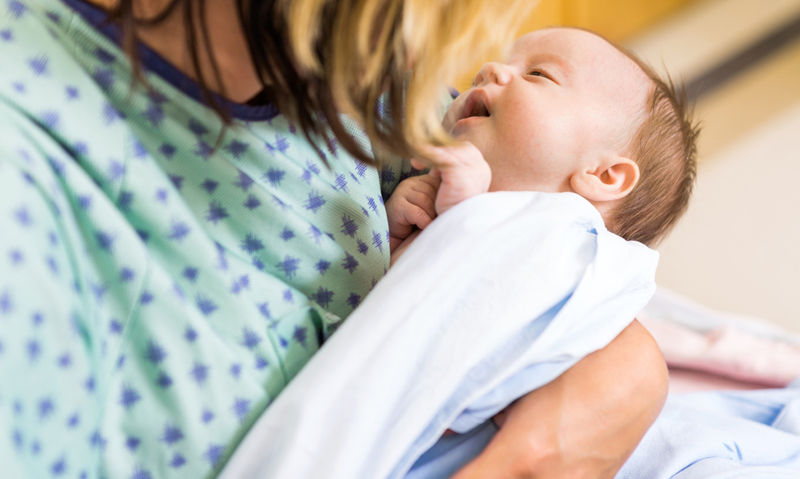 FEWER babies need to be readmitted to hospital in the first year of life, according to a new study which provides reassurance on early postnatal discharge.

The research, published in the MJA, found that in the 9 years to 2009, there was a 10% decline in infant readmissions to NSW hospitals within a year of their birth admission (average annual reduction, 1.8%). (1)

However, the study also showed an increase in infants readmitted to hospital for jaundice (up 8.1% per year) and feeding difficulties (up 3.5% per year).

The study authors, from the University of Sydney’s Kolling Institute of Medical Research, wrote that a combination of factors helped explained the decline in readmissions.

Mothers and babies discharged in the first 2 days after birth had access to follow-up home visits, which could have helped reduce readmissions, they wrote.

However, the authors also noted that early discharge had previously been linked with an increased risk of admission for jaundice and feeding difficulties, consistent with their findings.

Lead author Samantha Lain, an NHMRC research fellow, told MJA InSight that jaundice and feeding difficulties made up only a “very small proportion” of hospital admissions in the first year of life — each affecting less than about 1% of all infants.

She said the study highlighted the need for improved resources for mothers aged under 25 years, who were less likely to have support and access to community health care services.

Professor Craig Mellis, a paediatrician and associate dean of the University of Sydney's Central Clinical School, said the findings reassuringly showed “no big downside to early discharge apart from physiologic jaundice and some feeding difficulties”.

“It looks as though there has been a slight but definite reduction in admission rates in the first year of life”, he said, stressing that the absolute reduction in readmissions was still only 1.9%.

“The babies who are discharged early are the healthiest babies, who are more able to cope with gastroenteritis and viral infections than the ones who stay in hospital for longer”, he said. “More mature mothers are also more likely to be able to cope with difficulties.”

He said the link between smoking and readmission was most likely related to lower socioeconomic status and higher rates of depression among smokers, rather than the ill effects of cigarette smoke.

However, Dr Nicki Murdock, president of the Paediatrics and Child Health Division of the Royal Australasian College of Physicians, told MJA InSight the study provided further evidence to support the message that “giving up smoking is really worth doing if you want to give your baby a healthy start”.

Dr Murdock said the study also “confirmed the importance of post-discharge support services at home and good communication between those services, including GPs and the hospital”.

“It is likely that other services such as extended role nurses in the emergency department and increasing after-hours GP services also contributed to the decline in admission, showing that care of babies is a multidisciplinary effort”, she said.

The study authors acknowledged that one of the main limitations of the study was the lack of individual-level data about breastfeeding status and other health service use, such as postnatal home visits, GP visits, emergency department presentations and hospital bed availability.