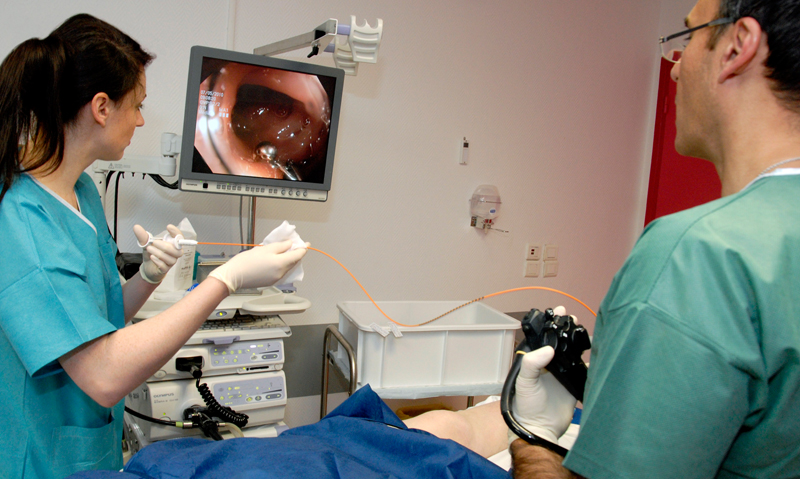 OCTOGENARIANS who have never been screened for bowel cancer could benefit from testing, according to new research which has reignited debate on the best time to screen.

The US cost-effectiveness analysis, which was chiefly concerned with people who missed out on colorectal cancer screening earlier in life, concluded that screening “should be considered well beyond age 75 years”. (1)

As expected, the study, published in the Annals of Internal Medicine, showed the cost-effectiveness of screening declined with increasing age and ill health, given the higher risk of death from non-bowel cancer-related causes and screening-induced harms.

However, even in patients with severe comorbid conditions such as chronic obstructive pulmonary disease, congestive heart failure and chronic renal failure, the research showed colonoscopy and sigmoidoscopy screening were cost-effective up to age 79 years, and faecal immunochemical testing (FIT) screening up to age 80 years.

The researchers found that in healthy people, colonoscopy and sigmoidoscopy screening were cost-effective up to age 85 years and FIT to 86 years, based on a threshold of US$100 000 per quality-adjusted life-year.

The researchers warned that current population-wide recommendations to screen people aged 50–75 years might result in “an unfounded denial of access to screening in elderly persons who were never screened” for colorectal cancer.

Professor Graeme Young, professor of global gastrointestinal health at Flinders University, Adelaide, said this was a concern in Australia too, where the National Bowel Cancer Screening Program was currently restricted to people aged 50, 55 and 65 years, transitioning to 2-yearly screening for people aged 50–74 years by 2020.

“I’ve got no doubt there are quite a number of Australians aged 75 and older who are fit and well and should be being screened, especially if they’ve never been screened”, Professor Young said.

He said the latest study findings were “fascinating”, adding that “the 50–75 age window for screening is under challenge”.

He also believed the age range for the national screening program may need adjusting, but said younger, rather than older, patients ought to be included.

“We are seeing an increase in bowel cancers among younger people”, he said, suggesting 40–70 years was a more appropriate age range for screening.

“GPs have been told that bowel cancer occurs above the age of 50 so they tend to ignore the symptoms in younger patients, believing it’s haemorrhoids or irritable bowel.”

However, Professor Ian Olver, CEO of the Cancer Council Australia, said it was “impossible for the population screening program to catch every possible outlier”.

“The population screening program is about doing the best for the bulk of the population. Our main aim should be to increase the participation rate in the existing program to well over the 30%–40% mark where it lies currently”, he said.

“This latest study isn’t saying the population screening program should be changed. It’s saying if the doctor sees a healthy patient over 75 who hasn’t been screened, it’s worth screening them because they could have had a colon cancer brewing all that time”, he said.

An editorial accompanying the US study noted that colorectal cancer and adenomas were present in 2.6% and 44.9% of 80-year-olds, respectively, and were more common among those not previously screened. (2)

The editorial strongly backed the research findings, saying the model was “developed meticulously and thoughtfully” and provided “compelling evidence” that many elderly people should be screened into their 80s.

The study supported colonoscopy over other screening methods, but the Australian experts said faecal occult blood testing or FIT should be preferred as there were no randomised controlled trials of population-wide colonoscopy screening.

The study found that FIT screening during 2 consecutive years was more cost-effective than one-off FIT screening.