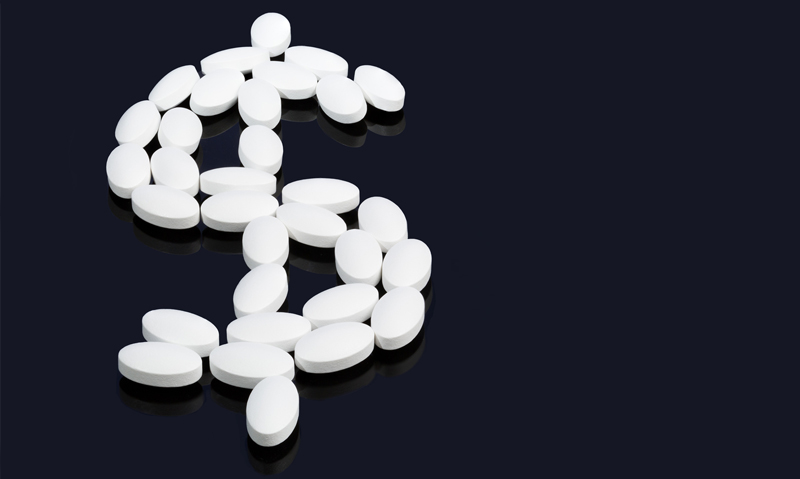 Professor Stephen Leeder, emeritus professor of public health and community medicine at the University of Sydney and editor-in-chief of the MJA, said the government should turn its attention to the “exorbitant” price paid for fixed-dose (FD) combination therapies compared with the total price paid for the individual drugs.

“[The government is] ignoring the immense amount of money that can be saved if only there was a bit more political will to contain the avarice of pharmaceutical companies”, Professor Leeder said.

He was commenting on an MJA rapid-online article discussing the costs and benefits of FD combination therapies. (1)

The authors, Professor Phillip Clarke and research assistant Alex Avery, of the University of Melbourne’s Centre for Health Policy, wrote that the overall cost to government of listing diabetes and cardiovascular combination therapies was around $120 million more annually compared with the sum of their equivalent individual therapies.

While the authors said the use of combination drugs could improve compliance and cut out-of-pocket expenses for patients, with a single dispensing fee of $6.60 and a copayment of up to $36.90, their concerns were with the pricing of these drugs.

“Almost all combinations have been listed on the basis of price minimisation, even though subsequent PBS [Pharmaceutical Benefits Scheme] subsidy often exceeds the costs of component therapies after pricing becomes delinked”, they wrote.

The authors called for a new pricing framework to ensure that the pricing of FD combination therapies were permanently linked to the cost of the individual component drugs, and for randomised controlled trials to ensure that any price differential between an FD drug and its components could be justified by improved clinical outcomes.

Dr Brita Pekarsky, senior research fellow at the University of SA’s Health Economics and Social Policy Group, told MJA InSight the savings FD combination therapies offered to patients should be taken into account in efforts to rein in government spending on these drugs.

Dr Pekarsky said at least part of the growth in government spending on FD combination therapies was due to increased uptake, which would be expected when the goal of such therapies was to improve compliance.

She acknowledged that increased cost to government associated with these drugs was greater than the consumer savings generated. However, she said a randomised controlled trial pitting FD drugs against free-dose medications was not the answer.

“We might need some data on whether or not improved compliance of these drugs is sufficiently high to lead to long-term clinical effects but, to do that, we have to randomise people to either having the combined drug or the two single-dose drugs, and if you’re currently using the combined one, why would you enrol in that trial?”

Dr Pekarsky said a more direct route to curb government spending on these drugs would be to address regulatory loopholes, and having price permanently linked to the cost of drug components.

“It’s absurd spending all that money developing evidence of the long-term impact of improved compliance just to justify a higher price …”, Dr Pekarsky said, adding that trial money would be better spent on efforts to boost quality use of medicines, particularly in Indigenous communities.

It was also important for the Pharmaceutical Benefits Advisory Committee (PBAC) to “bite the bullet” and press manufacturers to lower the prices of combination therapies to reflect the lower costs of producing and distributing these products compared with individual drugs, she said.

Professor Leeder agreed that the PBAC had a role to play, but said it required “political backup”.

“That’s where the politicians, in my judgement, have an obligation to show leadership and to determine that a fair price is what we want, not one that enables profiteering. I don’t have a problem with a profit, but I do have a problem with rip-offs.”

Dr Shaw said the industry had worked with governments over the past decade to reform the PBS, delivering “tens of billions of dollars more through price disclosure than the government ever expected”.

“As a result, the cost of the PBS to taxpayers is actually falling, in stark contrast to the rest of the health system.”