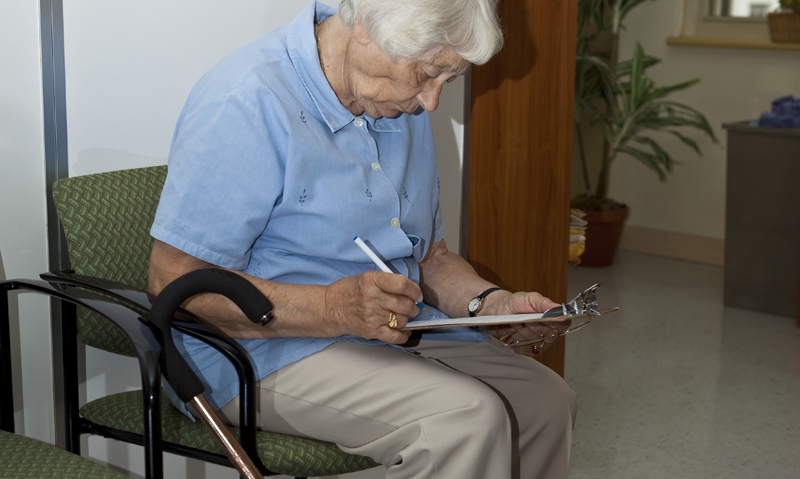 Professor Dimity Pond, professor of general practice at the University of Newcastle, agreed that there was insufficient evidence for screening.

“We haven’t got a test that’s going to rule [dementia] in 100% or rule it out 100%, and having found dementia, we haven’t got a cure”, she said, adding that there was also a paucity of specialist services to deal the high number of false-positive cases that would result from screening.

Professor Pond said a false-positive diagnosis could also cause a lot of distress to the patient and their family. “It’s a huge diagnosis to be made — it causes their family to worry about the need to start activating power of attorney, selling the house and putting them in a nursing home.”

In a report published in the Annals of Internal Medicine, the US Preventive Services Task Force found insufficient evidence to support universal screening in community dwelling patients aged over 65 years with no symptoms or signs of cognitive impairment. (1)

“We certainly don’t want to be screening healthy populations for a terminal disease using imprecise screening instruments given that there’s nothing we can actually do to treat the disease”, he told MJA InSight.

However, he said there was a need to improve the detection of dementia and Alzheimer disease in patients who were exhibiting signs and symptoms.

“When people are symptomatic at the very early stages, we need to do a much better job of identifying what the problems are, ruling out all the possible reversible causes and, if dementia is the cause, making the diagnosis in a timely manner”, he said.

Dr Hatherly said timely diagnosis was different for every patient, as shown in a recent BMJ Open narrative interview study. (2)

Professor Pond said providing a diagnosis at a time that was right for the patient and their family was crucial. “That’s clearly where primary care comes into its own, because in primary care … we know the people, and we can do all that sussing out and working with them”, she said.

Equally important was for all primary care professionals — from GPs and nurse practitioners to psychologists and podiatrists — to work together to detect possible dementia and collaborate in the management of confirmed dementia.

“We need to work out ways of working together to get the management of [dementia] right … and pooling information from different members of the team. I think that’s the way of the future”, Professor Pond said. “How we are going to do that? I’m not quite sure — I think it’s a question of watching this space.”

Dr Hatherly said although there had been some disappointments in the past 5–6 years with the failure of several clinical trials, there were some promising developments in the presymptomatic diagnosis of Alzheimer disease.

He said although it would be some time before such tests could be used clinically, it did open up the possibility of new clinical studies to test new or existing therapeutics at those early stages.

The Australian Bureau of Statistics last week named dementia and Alzheimer disease as the country’s third leading cause of death, with a 142.5% increase in the number of cases in the decade to 2012. (3)

Earlier this month a report published in Neurology found that in 2010 an estimated 500 000 deaths in Americans aged 75 years and older were attributable to Alzheimer’s disease dementia, making it a leading cause of death in the US. (4)