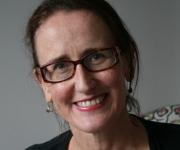 WITH genetic researchers building an ever more detailed picture of the role genes play in shaping our lives come ever more complex questions about the right to keep such information private.

Most people who have a genetic predisposition to a particular condition will probably choose to share that knowledge with relatives who may be at risk so they can access screening and, if available, preventive or early treatment.

But what if the original patient wants to keep that information private?

Legislators around the world have grappled with the issue of whether, and under what circumstances, an individual’s genetic information can be disclosed without their consent.

In Australia, the Privacy Act was amended in 2006, allowing health care providers to disclose such information without a patient’s consent for the purposes of “lessening or preventing a serious threat to the life, health or safety (whether or not the threat is imminent) of … a genetic relative”.

The Privacy Commissioner has produced more detailed guidelines — known as Public Interest Determinations — on how and when that can occur.

However, these don’t really give clear advice to doctors and other health workers who might find themselves facing this dilemma, as a paper published online by the Journal of Medical Ethics this month sets out.

For starters, that word “serious” is not defined and no examples are given of genetic conditions that would justify this kind of non-consensual disclosure.

Nor is there any guidance on how doctors are to determine who is a genetic relative of the patient or provisions protecting them if they mistakenly communicate the information to somebody who turns out not to be genetically related.

You can imagine the mess that might be created if a doctor disclosed the information to a patient’s children not realising they had been conceived using donor sperm.

All in all, the authors, from the University of Canberra’s law school, are scathing about the “poorly considered” amendment to the act, saying it “undermines one of the most sacred of all trust relationships existing within modern civil society: that of doctor and patient”.

There has been remarkably little public discussion of all this. As this paper makes clear, there was little debate in federal parliament and the Privacy Commissioner’s public consultation process attracted few submissions.

This is surprising when you consider how far-reaching the exemption from normal privacy laws has the potential to be.

The guidelines might cope reasonably well in the case of genetic mutations that give those who carry them a very high probability of developing a particular disease. Mutations in the so-called breast cancer genes, BRCA1 and BRCA2, spring to mind.

But what are doctors to do if a particular genetic mutation gives somebody, say, a 25% chance of developing type 2 diabetes? Or a 10% chance of schizophrenia?

And, even more fraught, what if the increased risk only occurs under certain environmental circumstances: obesity, for example, or a history of being abused during childhood?

Clearly, it wouldn’t be practical or acceptable for doctors to be investigating the body mass index of a person who was not their patient before deciding whether or not to disclose, yet it could be impossible to establish a “serious threat” without that information.

There may well be circumstances where the right of somebody to be informed that they are at risk of a genetic illness trumps the right of a patient to maintain privacy.

But deciding what those circumstances are is no simple matter — in fact, it’s becoming more complicated all the time — and the guidelines have yet to grapple with that fact.