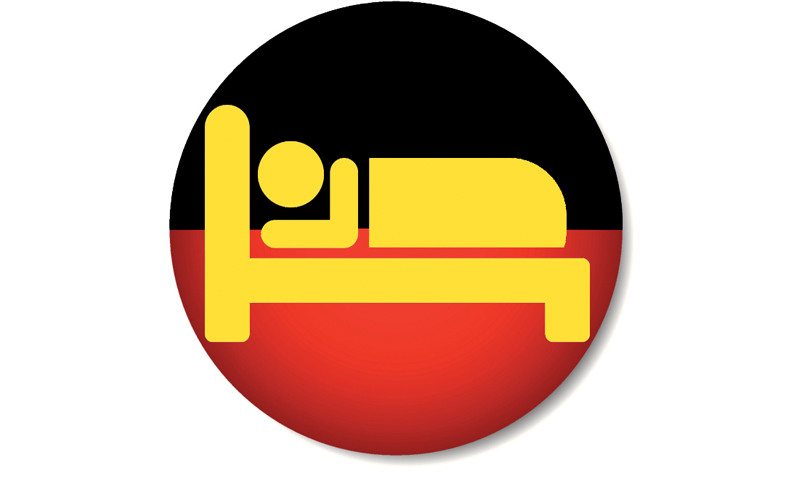 She said National Aboriginal Community Controlled Health Organisations (NACCHOs) had led the way in developing a model of primary health care services that was able to “take account of the social issues and underlying determinants of health”.

“We have to make sure mainstream health services are culturally sensitive to Aboriginal people and the way to do that is to have Aboriginal people like myself working in the system”, he said, adding that there were also two Aboriginal nurses and Aboriginal community health workers employed at Inala.

“We have a community jury … and any research or service delivery that we want to implement in Inala has to go through that community jury.”

Dr Hayman said the success of the practice — which relocated to a purpose-built “centre of excellence” earlier this year after growing from 12 Indigenous patients in 1994 to 10 000 today — was also a result of efforts to integrate specialist services into primary care.

“My aim is to get specialists out of hospitals and into primary care”, he said. The Inala clinic provides a range of specialist services including endocrinology, paediatrics and cardiology.

“In the past our patients very rarely turned up to cardiology outpatients [appointments]”, Dr Hayman said. “Now I have a cardiologist come in every second week, we have nearly 100% turn-up rate.”

He said providing endocrinology services within the practice had helped to reduce the average HbA1c among his patients with diabetes from more than 9% to 7.98%.

Dr Mark Wenitong, a NACCHO public health medical officer, said embedding specialist care in primary practice could make a “huge difference”, as had been shown in the Inala practice and in NACCHO practices that offered this service.

While many general practices were not set up to provide such comprehensive, holistic care as provided by NACCHO practices, a host of smaller changes could ensure mainstream primary care better met the needs of Indigenous Australians.

“These are really simple things around cultural safety and cultural security, but it’s also around understanding the epidemiology of Aboriginal health and applying that in practice. Applying best practice principles in chronic disease management and having systematic comprehensive health care at an individual level”, he said.

In the MJA article, Dr Russell also raised concerns about the proportion of Indigenous health spending that was being absorbed by hospital care, including for avoidable hospitalisations.

“Avoidable hospitalisations are an important indicator of effective and timely access to primary care”, she said. “The inescapable reality is that current primary care interventions are not working.”

Dr Wenitong said the MJA paper reinforced the need to ensure investment in primary care was “front and centre” in Aboriginal health funding.

However, he said while there was a need to consider reinvesting secondary care funds into primary care to address the issue of avoidable hospital admissions, there were areas in the hospital system that also required attention.

Dr Wenitong said uncertainty also remained about the new federal government’s policy in Indigenous health. “We’re not quite sure where things are going to go,” he said.

A spokesperson for Senator Fiona Nash, Assistant Minister for Health, said the government was considering the National Aboriginal and Torres Strait Islander Health Plan, which was introduced by the previous government. (2)

Aboriginal and Torres Strait Islander Health continued to be a priority for the Australian Government, which strongly supported efforts to close the gap in Indigenous life expectancy and achieve health equality between Indigenous and non-Indigenous Australians, the spokesperson said.

Last week the Australian Bureau of Statistics released figures indicating a slight narrowing in the life expectancy gap between Indigenous and non-Indigenous Australians. In the 5 years to 2010‒2012, the gap reduced by 0.8 years for men and by 0.1 years for women. (3)