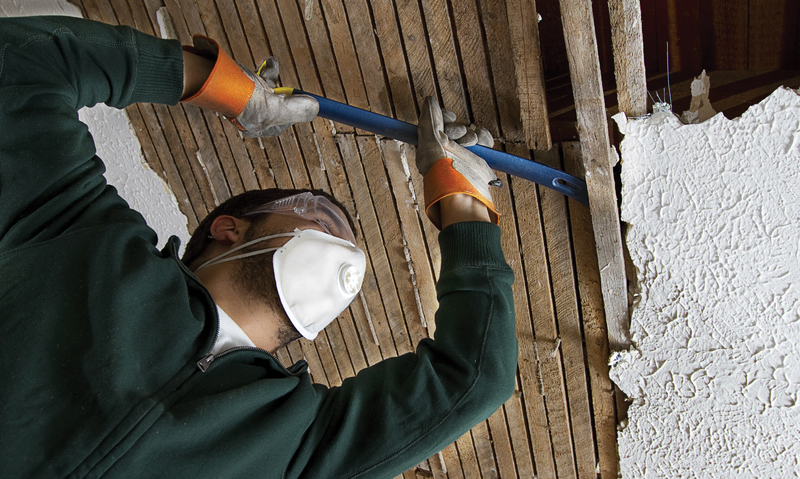 GPs have a vital role to play in raising awareness of the dangers of asbestos exposure among do-it-yourself home renovators, says a leading family doctor.

Dr Janette Randall, a Brisbane-based GP, said research in the MJA highlighting the “cavalier attitude” of home renovators to the risks of asbestos exposure for themselves and their families was “sobering”. (1)

The research, conducted in NSW, found that self-reported asbestos exposure during do-it-yourself (DIY) renovations was common, as well as reported exposure of family members. Even basic precautions to protect against asbestos inhalation were not used in many DIY renovations.

“I was really shocked to learn that Australia has the highest rate of asbestos diseases in the world”, Dr Randall, who is also the chair of the NPS Board, told MJA InSight. “Most GPs would not be aware of that.

“The problem is it’s impossible to quantify the risk of exposure so we have to assume that any exposure to asbestos is problematic.”

The MJA study, which included 3612 people who responded to a mailed questionnaire, found that of the 44.2% (1597) who had renovated their home, 53.7% (858) self-reported as DIY renovators. Of these, 61.4% reported asbestos exposure (contact with asbestos in fibro sheeting, insulation or other materials), 39.3% said their partner had also been exposed and 22.8% said their children had been exposed.

“Only 12.0% of DIY renovators reported using respiratory protection regularly while 28.4% used this occasionally”, the authors wrote.

Dr Randall said GPs “absolutely” had a role to play in raising awareness in the general community about asbestos exposure.

“We’re often chatting with our patients about what they’re up to in their lives and certainly we can make sure they know the risks and take precautions”, she said.

“The relationship we have with patients lends itself to that kind of conversation. Also, the general practice setting is a good one for things like posters, brochures and public health campaigns of this type.”

Ms Nola Olsen, research officer with the University of WA School of Population Health, and co-author of a similar WA study published in 2011, told MJA InSight that it was “still a rare occurrence” that someone will develop malignant mesothelioma from renovation exposure. “But the point is that you just can’t predict what amount of exposure will cause the disease. (2)

“The only cause of malignant mesothelioma is asbestos exposure. Is your home renovation exposure going to be the one that causes mesothelioma?

“This is an avoidable thing — that’s the take-home message from this research”, she said.

The research is a timely reminder that one in three Australian homes — about 820 000 residences — have been reported as containing asbestos products.

The first Asbestos Awareness Month will be held in Australia this November, one of several joint ventures between WorkCover NSW, the Australian Council of Trade Unions, the Asbestos Diseases Research Institute (ADRI) and building materials manufacturer, James Hardie. (3)

Barrister John Gordon, the coauthor of a 2011 MJA editorial on the “third wave” of asbestos-related disease in Australia, is a critic of James Hardie. (4)

Mr Gordon told MJA InSight that nothing James Hardie had done about asbestos awareness was of its own volition. “Under the terms of the agreement between Hardie’s and the NSW Government they have had to fund the Asbestos Awareness website, which does give warnings about home renovation.”

However, he said the campaign needed to have much wider appeal through television or in newspapers to make people aware of it.

Sean O’Sullivan, vice-president of investor and media relations with James Hardie, said the company was “always looking to do more” to raise awareness of the dangers of asbestos exposure during home renovations.

“We’re also looking for other companies to get involved”, he told MJA InSight. “We’re only responsible for 16% of asbestos claims.

“People should assume there is likely to be asbestos in their home rather than the opposite. You wouldn’t do your own electrical wiring; you would get an electrician in. The same goes for asbestos which is equally dangerous. Use professional help.”