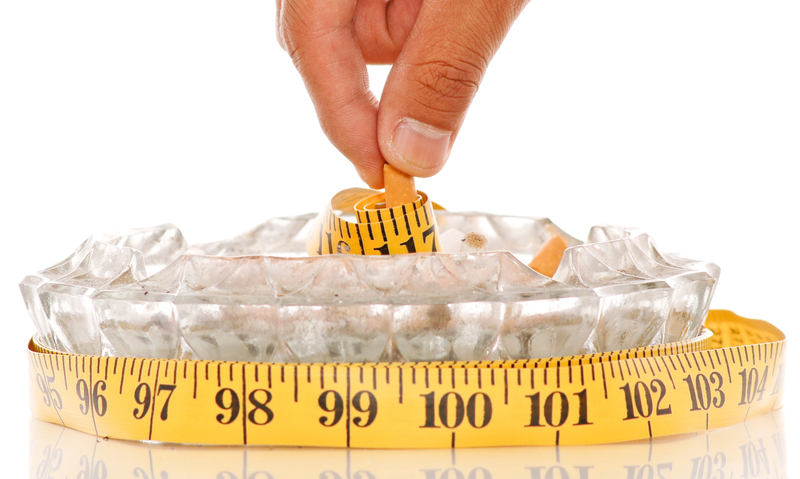 WEIGHT gain remains a significant barrier to smoking cessation, but recommending a strict diet during the quitting process could make things worse, according to experts.

“You can’t fix everything at once”, Professor Hill said. “The priority in the short term is to deal with the smoking. Deal with any weight gain that’s happened after that.

“It’s a matter of balancing out the relative hazards to a person of gaining a few kilograms versus continuing to smoke.”

A Japanese study published in PLOS One has found that smokers with greater nicotine dependence are more likely to gain weight while trying to quit and may require intervention. (1)

However, the researchers acknowledged this should not interfere with efforts to stop smoking, which reduced cardiovascular risk even with weight gain. “Considering that an appetite increase is one of the factors in nicotine withdrawal syndrome, a strict diet during smoking cessation therapy might interfere with ceasing smoking”, they wrote.

The Japanese researchers evaluated 186 patients (132 men and 54 women) who visited an outpatient clinic for smoking cessation, and successfully quit. They measured the rate of weight gain from the beginning of cessation to 3 months post-cessation and found mean body mass index (BMI) significantly increased from 23.5 ± 3.6 kg/m² at baseline to 23.9 ± 3.8 kg/m². They also tested the difference in BMI increase between those receiving nicotine patches and those receiving varenicline therapy and found no significant difference.

Smokers with a higher Fagerstrom Test for Nicotine Dependence (FTND) score were more likely to gain weight during cessation than those who were less dependent.

Professor Rob Sanson-Fisher, behavioural psychologist and laureate professor at the Faculty of Medicine and Health Sciences at the University of Newcastle, NSW, told MJA InSight that while many people said the thought of gaining weight put them off quitting, often this was not their true reason for continuing to smoke.

“What people tell you about why they smoke is often quite different from the real reasons”, Professor Sanson-Fisher said.

“If they say: ‘I’m not quitting because I’ll put on weight’, and then I say ‘I’ve got a magic pill which will control the weight, now will you quit’, they’ll quite often say ‘no not yet’.

“Their behaviours don’t change. It’s what we call a self-exemption.”

Anne Jones, chief executive officer of Action on Smoking and Health Australia (ASH), told MJA InSight that it should be a priority to convince people afraid of the weight gain that continuing to smoke was a far more dangerous action.

“From a risk perspective, a couple of kilograms gained are far less of a risk than continuing to smoke.”

Ms Jones said Australia had some of the best quit smoking services in the world, such as the Quit helpline and one-on-one counsellors, which were all government funded.

“Those resources are there because smoking is the single leading cause of death in Australia. We have three million smokers in Australia [and] 105 000 of them are secondary school kids.”

Professor Hill said the worst-case scenario was directly related to the weight gain versus smoking situation.

“It’s been known for a long time that nicotine is an appetite suppressant”, he said. “There are other factors involved, of course — the rituals of smoking, the self-reward and pampering — but the worst-case scenario is young girls who fear becoming overweight and take up smoking specifically to prevent that.”

Should smoking cessation programs include measures to prevent weight gain?