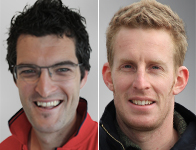 THE release last month of the latest Medical Training Review Panel report has confirmed that more medical students than ever before will graduate from Australian medical schools this year.

Disappointingly however, the debacle that characterised the 2012 intern allocation process looks set to be repeated. On the available evidence, it seems that few lessons have been learned and a lack of intergovernmental cooperation will again hamper the creation of sufficient internship positions.

On the back of dramatic increases in medical student numbers, 2012 brought the possibility of many international fee-paying graduates missing out on an intern placement. This reflects that the Council of Australian Governments (COAG) agreed in 2006 to guarantee internships for domestic students only.

At the eleventh hour, additional places were created under a deal between the federal and several state governments. However, although all the additional state-financed positions were filled, only 22 of the 100 federally supported posts were taken up.

There are several possible explanations for this, including the late issuing of contracts (December), the return of service obligation (similar to other federal workforce programs) and the settings (predominantly private hospitals).

The case for providing sufficient places for all internship applicants is clear. The majority of international students are interested in pursuing a career in Australia, and their potential to contribute to the medical labour force and improve workforce distribution is well documented.

Identifying employment options for locally trained graduates is also consistent with Australia’s stated objective of achieving self-sufficiency in its health workforce. While this strategic goal has the in-principle support of Australian Health Ministers, it has not been backed by the necessary policy setting.

The fundamental problem is that Australia lacks an explicit national policy regarding the employment of graduating international medical students and the process by which internships should be allocated.

A lack of agreement between jurisdictions is evident in the increasingly disparate priority groupings for prospective interns. WA and Victoria, for example, have moved to prioritise local international students above interstate domestic applicants, and the ACT refusing to guarantee an intern position to the Australian National University domestic graduates who also apply to other jurisdictions.

Not only is the ACT’s requirement contrary to the spirit of the 2006 COAG agreement, it is also grossly unfair. The loud objections raised by the Australian Medical Students’ Association are valid.

A major problem underlying the current situation is a lack of quality data on intern applications and available positions. Some states and territories are yet to publicly confirm how many internships they will offer. While a national audit of acceptances is undertaken on an annual basis, it is retrospective and primarily serves to identify those graduates who have accepted multiple offers.

Although attempts have been made to solve some of the issues by prospectively allocating a unique number to every applicant, this approach has intrinsic flaws.

It is pleasing that the Health Workforce Principal Committee has begun work towards a national intern application system, but it should have started years ago. The unwillingness to instigate reform earlier reflects the reluctance of states and territories to relinquish any autonomy and, in an increasingly adversarial political environment, a propensity to abdicate funding responsibility.

A model for a national intern allocation system, published in the MJA, presents a potential path forward. Based on a single entry and exit point, the proposed structure would preserve the autonomy of jurisdictions in prioritising and matching candidates, fill the data vacuum and create significant efficiencies in the process.

None of these potential reforms will be any consolation to this year’s graduating cohort. What these students need is transparency in the number of available internships, and early intergovernmental agreement to fund any shortfall in places. If decision making is left to the last minute, it is inevitable that the 2012 experience will be repeated.

Given that this year’s allocation process is well underway, the time for action is now.

Dr Rob Mitchell is an emergency registrar at Townsville Hospital and a director of Cor Mentes Health Consulting. Dr Will Milford is a senior obstetrics and gynaecology registrar at the Mater Women’s Hospital, Brisbane and chair of the AMA Council of Doctors-in-Training.

Would you support a national intern allocation system?