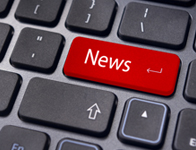 Big decline in HPV since vaccine
RESEARCHERS have found that the decline in vaccine-type human papillomavirus (HPV) in young women since the HPV vaccine was introduced in the US was higher than expected, despite a low vaccine uptake by 2010, of only 32% for three doses among 13–17-year-olds. The research, published in the Journal of Infectious Diseases, found that among females aged 14–19 years, the vaccine-type HPV prevalence decreased from 11.5% in the pre-vaccine era (2003–2006) to 5.1% in the vaccine era (2007–2010), a decline of 56%. Among other age groups, the prevalence did not differ significantly. The researchers also found that the vaccine effectiveness of at least one dose was 82%. They said that the higher than expected decline in cases could be due to herd immunity from vaccination, vaccine effectiveness of a series involving fewer than three doses, and/or changes in sexual behaviour that were not measured. “This decline is encouraging, given the substantial health and economic burden of HPV-associated disease”, the researchers wrote.

Statin toxicity warning with antibiotics
CANADIAN researchers have advised doctors to take steps to avoid coprescription of clarithromycin or erythromycin with atorvastatin, simvastatin or lovastatin in older patients because of the risk of serious statin toxicity. Their research, published in the Annals of Internal Medicine, showed coprescription was associated with an increased risk of being hospitalised with rhabdomyolysis or acute kidney injury, and all-cause mortality. “Given the frequency at which statins are prescribed (atorvastatin is currently the most commonly prescribed drug in Canada), and the high rate of coprescription seen in our study and in other jurisdictions, this preventable drug–drug interaction remains clinically important”, the researchers wrote. “Our study can help convince health care providers about the importance of these interactions.” The researchers followed continuous statin users older than 65 years who were prescribed clarithromycin (n = 72 591) or erythromycin (n= 3267) for 30 days and compared them with those prescribed azithromycin (n = 68 478). The researchers have called for more research to better understand antibiotic interactions with non-azithromycin, inhibit cytochrome P450 isoenzyme 3A4-metabolised statins, such as rosuvastatin.

Pollution risk factor for autism
PERINATAL exposure to air pollutants may be a risk factor for autism spectrum disorder (ASD), according to research published in Environmental Health Perspectives. The research, based on children born to women participating in the Nurses Health Study II, observed significant positive linear trends between pollutant concentration and ASD for diesel particulate matter, lead, manganese, methylene chloride, mercury and nickel. Diesel and mercury were most strongly associated with ASD, and these were positively associated with ASD in both boys and girls. Pollution estimates were based on the US Environmental Protection Agency models of hazardous air pollutants at the time and place of birth and ASD in the children (325 cases, 22 101 controls). The analyses focused on pollutants associated with ASD in previous research. Perinatal exposures to the highest versus lowest quintile of diesel, lead, manganese, mercury, methylene chloride and an overall measure of metals were significantly associated with ASD, with odds ratios ranging from 1.5 (for overall metals measure) to 2.0 (for diesel and mercury). For most pollutants, associations were stronger for boys (279 cases) than girls (46 cases) and significantly different according to sex.

Prenatal iron boosts birthweight
A META-analysis of prenatal iron use, published in the BMJ, shows significant reductions in maternal anaemia, iron deficiency, iron deficiency anaemia, and risk of low birthweight with daily use. It also showed that higher doses of iron were associated with a linear increase in birthweight. The analysis involved 17 793 women in 48 randomised trials and more than 850 000 women in 44 cohort studies. Iron use increased maternal mean haemoglobin concentration by 4.59 g/L compared with controls and significantly reduced the risk of anaemia (relative risk [RR], 0.50; 0.42‒0.59), iron deficiency (RR, 0.59; 0.46‒0.79), iron deficiency anaemia (RR, 0.40; 0.26‒0.60), and low birthweight (RR, 0.81; 0.71‒0.93). The effect of iron on preterm birth was not significant. The researchers also found that for every 10 mg increase in iron dose per day — up to 66 mg/day — the relative risk of maternal anaemia was 0.88 (0.84‒0.92). The WHO recommends 60 mg iron/day. “We showed a positive, linear dose-response relation between iron dose up to 66 mg daily and risk of maternal anaemia, indicating a benefit of giving higher rather than lower doses over this range”, the researchers wrote.

PTSD fluctuates markedly
AUSTRALIAN researchers have found that post-traumatic stress disorder (PTSD) levels fluctuate markedly in the initial years after a trauma exposure. The research, published in JAMA Psychiatry, tested the roles of initial psychiatric reactions, mild traumatic brain injury (MTBI) and ongoing stressors on delayed-onset PTSD. They found MTBI increased the risks of delayed PTSD, particularly in those with no acute symptoms. The prospective cohort study included 785 traumatically injured patients admitted to four major trauma hospitals in Australia who were followed up at 3, 12, and 24 months after injury. Of those who met the PTSD criteria at 24 months, 44.1% had reported no PTSD at 3 months and 55.9% had subsyndromal or full PTSD. In those who had no PTSD within days of the trauma, this status remained constant for at least 80% at each assessment. However, a significant proportion of participants with subsyndromal or full PTSD at baseline had variable trajectories in the ensuing 2 years. Of the 26 participants with PTSD at baseline, 42.3% had PTSD 2 years later. The researchers said their study demonstrated that, over time, there was not a linear relationship between acute trauma response and PTSD and that levels initially fluctuate markedly. “Identifying the factors that contribute to these fluctuations at different points during adaptation will facilitate attempts at prevention, treatment, and relapse prevention”, they wrote.

Dialysis iron dosing risks
A LARGE comparative study of the infection risk associated with different intravenous iron dosing practices in patients undergoing chronic haemodialysis has found bolus dosing was associated with an increased risk of infection requiring hospitalisation compared with maintenance dosing. The research, published in the Journal of the American Society of Nephrology, found that although the relative risk was small, the absolute risk of infection was large. The researchers also observed a slightly increased risk of infection associated with total monthly iron doses greater than 200 mg. The retrospective cohort study of haemodialysis patients, using clinical data from 117 050 patients of a large US dialysis provider and US Medicare data, found that of 776 203 potential episodes of iron dosing and follow-up, 13% involved bolus dosing, 49% involved maintenance dosing and 38% did not include exposure to iron. The researchers found that patients receiving bolus versus maintenance iron were at increased risk of infection-related hospitalisation (25 additional events/1000 patient-years) during a 3-month follow-up. Risks were highest among patients with a catheter (73 additional events/1000 patient-years) and a recent infection (57 events/1000 patient-years). “These results suggest that maintenance iron supplementation may result in fewer infections than bolus dosing, particularly among patients with a catheter”, the researchers wrote.