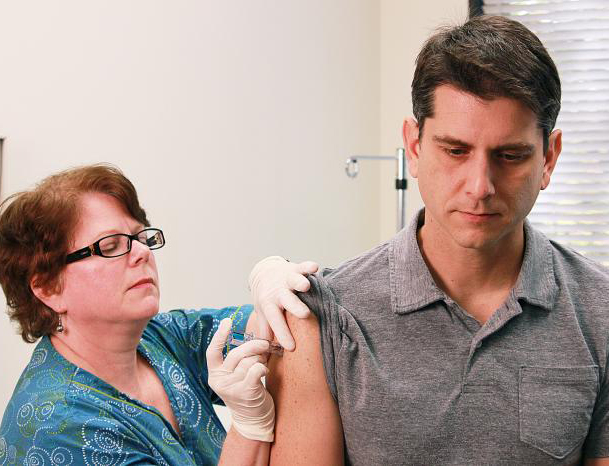 THE worth of influenza vaccinations in averting hospitalisations due to flu has been highlighted by a US study that leading immunologist Dr Alan Hampson says is “useful” in the Australian context. (1)

Dr Hampson, chairman of the Influenza Specialist Group and former deputy director of the WHO flu research centre in Melbourne, said while Australia did not vaccinate for flu as widely as the US, it was always important to quantify the benefit of the vaccine.

“There are, on average, around 18 000 excess hospitalisations each year due to flu in Australia”, Dr Hampson told MJA InSight. “Avoiding some of these would certainly benefit the health care system.

“Our population is about one-fourteenth that of the US so it probably works out that, if we were to vaccinate to the same extent as they do, we would see between 600 and 2000 hospitalisations due to flu averted every year”, he said.

However, Dr Hampson said introducing compulsory flu vaccinations in Australia was “over the top” and that immunising very young children was “tainted” due to vaccine problems in 2010. (2)

Nevertheless he said he believed “we should do more”, particularly among immunosuppressed populations.

The US study used existing surveillance data to assess the impact of influenza vaccination on hospitalisation rates between 2005 and 2011.

“There are misperceptions of risk of both the vaccination and the disease itself”, she told MJA InSight. “People may have a low awareness of influenza — they may see it as trivial and not a serious disease for them, when in reality it is a serious infection.”

Professor MacIntyre said while the vaccination program for older Australians was a big factor in the uptake of the vaccination, the recommendation of a GP remained a vital contributor.

“GP recommendation is still the strongest predictor of uptake”, she said, referring to a research article in the MJA earlier this year. (4)

“People trust their doctors and that recommendation has a lot of power.”

“There are differences between the states and there is a fair bit of H3N2 — the most severe strain this year — around, but the next month will tell us more”, she said.

The recent spate of H7N9 cases in China — the first time that this avian flu strain has been seen in humans — “is deeply concerning but seems to have subsided”, but there was still a watching brief in place, Professor MacIntyre said. (5)

Photo courtesy of Douglas Jordan and the Centers for Disease Control.