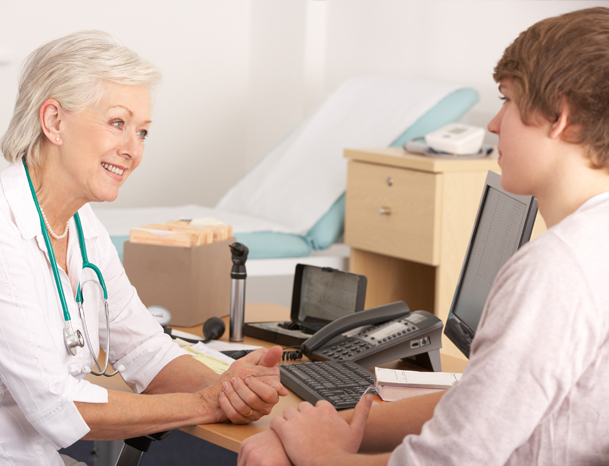 Transition to adult care can be “brutal”

THE transition from paediatric to adult health care services for adolescents with rare and chronic diseases will continue to be difficult as long as funding continues to decline, a leading cystic fibrosis physician says.

Professor Peter Holmes, deputy director of Monash Lung and Sleep in Melbourne, said the suggestion of developing multidisciplinary clinics to help with the transition to adult care was unrealistic in the current funding climate.

He was responding to an editorial in the latest MJA calling for the ongoing development of the specialty of adolescent medicine and multidisciplinary (MD) clinic models. (1)

The editorial authors wrote that providing disease-specific clinics, particularly for conditions such as the many low prevalence genetic diseases, was unrealistic but MD models “could be adapted to cater simultaneously for many different rare diseases”.

“Such innovative models provide economic efficiencies, facilitate communication among the many health professionals involved in care and ease access for patients”, the authors wrote.

“Successful transition requires more than a referral letter. It is a process that takes time and requires a coordinated system-based approach.”

Professor Holmes said he was not sure whether to laugh or cry at the suggestion of MD clinics.

“These kids with rare and chronic diseases like cystic fibrosis are coming from the paediatric health care system which doesn’t undergo the vigorous budget cuts that the adult system is subject to”, he told MJA InSight.

“We’re having our budget cut by $1 million this year for the third year in a row, just as an example.

“It would be lovely to have more money and MD clinics but due to the financial restrictions that’s not going to happen. Staff is not allowed to be cut so it all has to come out of services.”

Professor Holmes said patients and their families had high expectations of the adult health care after their time in the paediatric system.

“The expectations that the patients and their relatives have from their time in paediatrics are dashed when they hit the adult system.”

He said the upside was that life expectancy for cystic fibrosis patients had been pushed out to their 30s and 40s.

“All the kids I’ve seen have had their expectations elevated by the paediatric system, then they make the transition into the adult system and they have to stand up for themselves a bit.”

Professor Greg Johnson, chief executive officer of Diabetes Australia, said transitional care was “a huge problem” and was a national priority for his organisation.

“There are about 13 000 people under 20 years of age with type 1 diabetes in Australia”, Professor Johnson told MJA InSight.

“A significant number — about a third — drop out of the health care system when they hit that transitional phase, because of a whole set of issues.

“The mechanisms for transition, the coordination, the MD connections, the GP connections and the peer support networks — they weren’t there.

“Those who drop out can then come back in their early 30s with serious complications — retinopathy, kidney problems — that are preventable if we better resource the transition stage”, he said.

Diabetes Australia recommended a systematic approach in which every child had a “transition plan” involving their health care team, family and peers, Professor Johnson said.

“We also recommend ‘transition coordinators’ who are not necessarily health care professionals but may have diabetes themselves and have been through the process”, he said.

“There also needs to be psychological support. Adolescence is hard enough, dealing with growing up and issues of sexuality, drugs and alcohol, eating disorders, without having to deal with a chronic or rare disease as well.”