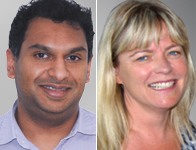 DAVID Foster Wallace, in his novel Infinite jest (1996), described the impulse for a person at the point of suicide as like that of jumping from a burning high-rise building.

“Their terror of falling from a great height is still just as great as it would be for you or me … [but] when the flames get close enough, falling to death becomes the slightly less terrible of two terrors.”

This is one way to conceptualise the situation for at least 2273 people in Australia who committed suicide in 2011.

To understand how to prevent such deaths, we need to know — following Wallace’s metaphor — the point at which an individual will choose to jump rather than face the flames.

Much effort has gone into trying to identify patients who are at particular risk of completed suicide within a year after presenting in psychological crisis or after attempting suicide.

In an editorial in the latest MJA, the authors argue that predicting the short-term risk of suicide for such patients is not possible given the lack of identified risk factors that sufficiently discriminate between those who successfully suicide and those who do not. In addition, many people without the factors suggested as being associated with increased risk go on to attempt suicide.

In this light, the authors recommend renewed, close clinical engagement with each patient’s situation and appropriate tailored intervention.

While prediction of suicide risk in individuals may be problematic, at a population level, suicide prevention has for some time been integral to mental health policies.

The authors of a Perspectives article outline six recommendations that should be part of any suicide prevention strategy. These revolve around targeting interventions, addressing risk factors, providing online resources and addressing gaps in community knowledge and discussion.

There have been recent moves to encourage more public discussion about suicide. But, as the authors of a second Perspectives article argue, community discussion should not simply be equated to media reporting of suicides.

While there is some evidence of an association between increased media reporting and the incidence of attempted or completed suicide, they argue that this should not cloud strategies to encourage general community discussion about how suicide affects us all. There is reason to hope that talk beyond that filtered through the media prism will more effectively address the social and cultural factors that relate to suicide.

The possibility of identifying children at high risk of psychiatric illness has been the basis of the expansion of the voluntary Healthy Kids Check for 3-year-olds to include social and emotional wellbeing. Will such assessment predict later problems?

Another Perspectives article argues that although early intervention in this age group does have benefits, many children with problems go undetected, and none of the currently available assessment instruments are suited to screening. In addition, no symptom clusters are predictive of later psychopathology, and there are potential problems with overdiagnosis and overmedicalisation.

From the outsider’s perspective, there often seems to be more bad than good news in mental health, with controversy, lack of progress and confusing evidence. However, there are bright spots, even in those conditions previously thought to be intractable.

An editorial shows that the prognosis for borderline personality disorder has significantly improved, with effective psychotherapies and support to patients and their family members offering real hope for more stable and productive lives. This should also lower sufferers’ risk of suicide, which, either attempted or completed, is a well known feature of the disorder.

Twelve years after the publication of Infinite jest, David Foster Wallace committed suicide on a background of worsening, difficult-to-treat depression. His strangely prescient metaphor of flames rising up a burning building reaches beyond literary dilettantism.

Perhaps, in the context of suicide, we need to ask ourselves whether we know what causes the fire, and how much we understand the person poised in terror at the top.