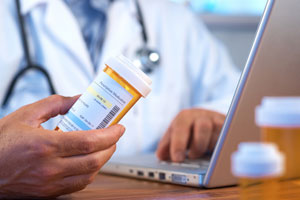 PROVISIONAL registration of new drugs should be considered to alleviate concerns about the relatively low numbers of patients studied prior to approval, a leading clinical pharmacologist says.

Dr Peter Pillans, director of the department of clinical pharmacology at Brisbane’s Princess Alexandra Hospital, was responding to a study published in PLOS Medicine in which the authors called for a re-evaluation of study size and long-term data requirements before new medicines are approved. (1)

The study used data from the European Commission’s Community Register of Medicinal Products to identify 161 standard medicines and 39 orphan medicines approved between 2000 and 2010. The researchers extracted information on the total number of patients studied and exposed to the medicines for 6 months and 12 months before approval.

The researchers found that the average number of patients studied before approval was 1708 for standard medicines and 438 for orphan medicines.

“The safety and efficacy of chronic use was studied in fewer than 1000 patients for at least six and 12 months in 46.4% and 58.4% of new medicines, respectively”, they wrote.

Dr Pillans agreed with the authors that the number of patients studied prior to approval needed to be boosted, but told MJA InSight it was a difficult balancing act.

“The true benefit-versus-risk data can only be known after a few years and hundreds of thousands of patients. That’s a very costly and very time-consuming process. We can’t require that of drug manufacturers”, Dr Pillans said.

The PLOS Medicine researchers supported a new approach called “adaptive licensing”, in which “the regulatory outcome (either rejection or approval of a new medicine) is changed to a process in which requirements for first approval are less strict, but research must continue after approval, and marketing authorisation continuation is dependent on the results”.

“If, for example, the deficiencies of a new drug were reviewed after, say, 3 years, you would then have real-life experience and data with thousands of complex patients”, he said. “The drug can then be withdrawn or restricted, or approved based on long-term data.”

Patients would be made aware of the provisional status of the new medicine, as in effect, they would be taking part in an extended clinical trial, he said.

Professor Anne Tonkin, director of the University of Adelaide’s Faculty of Health Sciences’ Medicine Learning and Teaching Unit, did not agree that the number of patients studied needed to be lifted.

“The amount of information derived from clinical trials starts to reach a point of saturation by about that point [1000–2000 patients], with the exception that rare side effects are not detected”, Professor Tonkin said.

“However, some really severe side effects occur in frequencies of 1 in 10 000 or more, so you would need a study of 100 000 to detect it, and that would be financially impossible to do.

“So the number is chosen to be large enough to achieve side effects of a frequency of about 0.5% (1 in 200) or more, and the rare, severe ones are not picked up until after marketing.”

Professor Tonkin said this was why several drugs had been withdrawn in the past decade. “They turned out to have very nasty side effects in a very small proportion of the population … and once this becomes evident they are removed from the market, either by the regulators or by the company”, she said.

“I think it is really important for practitioners and the public to understand that clinical trials are not designed — and cannot be — to detect rare side effects … and that all new drugs need to be regarded as being ‘on probation’ until they have been used by enough people to make an unexpected, rare side effect very unlikely.

“This means that prescribers need to balance the risks and benefits when prescribing, and should also explain this to patients”, Professor Tonkin said.

MJA InSight did seek comment from the TGA but it had not responded by time of publication.