Annette Katelaris: Devices in the spotlight 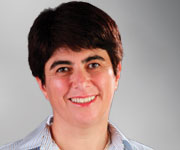 THE well publicised difficulties encountered in managing the recently exposed failure of breast implants manufactured by Poly Implant Prothèse have pushed the issue of device regulation into the spotlight.

In the latest issue of the MJA, we address the issue of device regulation and the role and performance of the Therapeutic Goods Administration (TGA), Australia’s medical device regulator.

I had hoped that the TGA would provide a firsthand account but, unfortunately, they declined my offer to write for the MJA. I would certainly welcome correspondence from all interested parties, including the TGA, on this issue.

The TGA is in the invidious position of balancing device safety against timely access of the Australian community to these potentially beneficial and innovative devices. According to the TGA’s submission to the 2011 Senate Inquiry into The regulatory standards for the approval of medical devices in Australia, the medical device industry in Australia has an annual revenue of $7.6 billion, involving one million devices ranging from lubricating eye drops to condoms to implantable defibrillators.

Last financial year, the TGA received 6000 new applications to register devices. Yet the TGA’s role is somewhat limited. It assesses some devices before their release but there is no formal monitoring of these devices after release. Rather, the TGA relies on reports from the medical community to raise the alert about possible harms that drugs or devices may cause.

There is minimal systematised collection of data about devices in clinical use that could supply relevant demographic data about patients using the drug or device, or data about the effectiveness and safety of the device in clinical practice.

Clearly, if there are no data, then there is no scope for the TGA, or any other body, to limit possible harms that a device may cause.

The current Australian Breast Implant Registry, as detailed in an article in this week’s MJA, typifies this problem. The registry captures less than 4% of all breast implants used in this country! The authors call for a change to an “opt-out” arrangement to ensure a higher level of registrations.

The exception to this general condition of ignorance is the Australian Orthopaedic Association’s National Joint Replacement Registry. This registry proved itself a world leader in the recent DePuy Orthopaedic hip prosthesis.

However, given the number of different devices in use, there is a danger that creating an independent register for each could become unwieldy and piecemeal.

Clearly, the growing use of electronic health records provides a significant opportunity to create a comprehensive, cost-effective, consistent single registry for, at least, high-risk devices. It is an opportunity to monitor device performance, both in isolation and in the context of other devices and treatments.

In a separate article, the authors use the example of paediatric peripherally inserted central venous catheters to show just how beneficial an appropriate audit process can be.

Once data are available, they need to be made accessible to the regulator, but also to clinicians and to the public.

In a research article, the authors lament the lack of transparency of the current TGA website, despite some recent improvements. After (no doubt) hours of trawling the website, they conclude that it is difficult for the public to make informed decisions about the safety of any given device.

In an editorial, Dr Stephen Graves and Dr Guy Maddern give their thoughts on the directions our system of device assessment, monitoring and regulation should be heading. Dr Graves maintains the National Joint Replacement Registry, and Dr Maddern is a member of the Advisory Committee on Medical Devices and chair of the Medical Devices Incident Review Committee that reports to the TGA and the federal Minister for Health.

Our system of device regulation needs to be updated. Not only must it provide competent and timely initial assessments, systems need to be established to enable adequate monitoring of devices in clinical practice and a proactive means of limiting any harms that emerge.

This process needs to be independent of industry, government and any one clinician. Timeliness, transparency and accessibility are also key requirements.