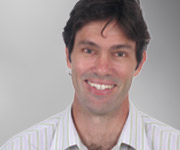 AUSTRALIA has the unenviable reputation of having the highest rates of melanoma in the world, a consequence of our predominantly fair-skinned population residing in a sunny environment with a lifestyle that embraces outdoor living.

Intensive research during the past few decades (much of it conducted in Australia) has identified the major phenotypic risk factors for melanoma — fair skin that burns and does not tan, large numbers of melanocytic naevi or moles on the skin, red hair, and freckling. More recently, a cluster of genes has been identified that also increase a person’s risk of melanoma.

All of these factors are important, but by far the single greatest contributor to the melanoma burden in this country is sun exposure.

The lifetime risk of melanoma for fair-skinned people born in Australia is almost 10-fold higher than someone of similar phenotype born in the UK. Despite considerable efforts to curtail the extent of sun exposure in the population, the incidence of melanoma continues to rise, a source of frustration to those engaged in the practice of preventing melanoma.

Fortunately, there have been positive improvements in reducing deaths from melanoma. Here Australia leads the world, with overall 5-year survival for patients with melanoma now greater than 90% (nearer 99% for patients with thin melanomas), much of it credited to early detection by patients and prompt treatment by doctors.

However, despite these high survival rates the distressing fact is that around 1500 Australians still die from melanoma each year. Previous Australian research and new research from the US has demonstrated that melanoma mortality is not evenly distributed throughout the population; rather, death rates from melanoma are substantially higher among those with low educational attainment.

This is particularly concerning, because many studies have shown that people with low socioeconomic status (as measured by education, occupation, income, etc) typically experience considerably lower incidence of melanoma than those in higher socioeconomic categories. In other words, while people with limited education or income are less likely to develop melanoma, when they do, they are much more likely to die from it.

The question is why? The strongest determinant of melanoma survival is the thickness of the primary lesion. Patients with thin melanomas have survival rates of around 99%, whereas those with melanomas thicker than 4 mm have considerably lower 5-year survival of around 55%.

Recently, a Queensland research group has shown that educational attainment is inversely correlated with melanoma thickness; that is, people with lower levels of schooling are more likely to present with thick melanomas, whereas people with higher levels of schooling tend to present with thin melanomas. Other factors linked to thicker melanomas included male sex, older age, and living alone.

The challenge remains to ensure that messages relaying the benefits of early detection of melanoma reach all sectors of society.

For clinicians at the coalface, casting a watchful eye over patients in the groups at highest risk for thick melanomas — males, the elderly, and those with lower levels of education — may pick up potentially lethal lesions at an earlier stage.

While no randomised trials have been done to test the effectiveness of screening for melanoma (and it is unlikely that this will ever happen), the best data to date strongly suggest that a whole-body skin examination conducted by a doctor at least once every three years significantly increases the likelihood of diagnosing thin rather than thick melanomas. In addition, the data show that patients who practice self-examination of their own skin present with significantly thinner lesions compared with those who do not.

The current advice therefore is for patients to check their own skin at least annually, and to consult a doctor if they notice any new lesions or changes in existing lesions. Whether or not widespread skin examination will eventually reduce melanoma mortality is an open question, but in the face of rising incidence, it is a strategy that needs to be tested.

Professor David Whiteman is the head of the Cancer Control Laboratory at the Queensland Institute of Medical Research.