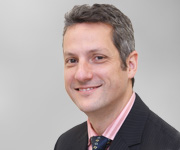 THE announcement in 2003 that the human genome had been sequenced brought much excitement to both the scientific and the general community. Almost 10 years on, what has changed as a result?

We can now diagnose many disorders, allowing individuals and families options in terms of medical care and preventive treatments. Discovery of new genetic causes of disease is a daily event. Discovering genes took many years in the 1990s but can now take a matter of weeks.

We are now on the cusp of a quantum leap in what can be done. Next-generation DNA sequencing, which is also called massive parallel sequencing, allows the exome or genome to be sequenced in hours.

The exome is the approximately 2% of the genome that makes up our 23 000 protein-coding genes. This is where most, but by no means all, mutations that result in genetic disease reside.

A recent study published in the New England Journal of Medicine, has demonstrated the strength of this technology.

A Dutch team undertook whole exome sequencing in 100 individuals with undiagnosed intellectual disability and an IQ less than 50, and their parents. The researchers were able to make a definite diagnosis in 16% and a possible diagnosis in another 19%. Three new disease genes were found in this study.

This new technology may in time triple the number diagnoses in individuals with intellectual disability. This will be of enormous benefit to families who will have an answer to the question of “why has this happened” to their child/sibling. It will allow accurate genetic counselling and provide reproductive options including pre-implantation genetic diagnosis using in-vitro fertilisation, to allow families certainty that future children will not be similarly affected.

So what is standing in the way of introducing this technology into routine clinical care?

While the test itself costs about $1000, analysis of the data costs many thousands of dollars. Whole genome sequencing generates data on about three billion DNA nucleotides and whole exome sequencing on about 60 million nucleotides. Genetic disease can result from an alteration in one of these.

Separating the wheat from the chaff is a major challenge.

Bio-informaticians are critical players in enabling this technology to be available in the clinic by continuing to refine methods to identify disease-causing alterations and being able to ignore the thousands of benign polymorphisms.

Some families are choosing to pay for this technology. This can require an outlay of $10 000 or more and may not lead to an answer. The costs, however, are coming down rapidly.

Like all new genetic technologies, there are ethical issues that need to be considered. What should be done about the discovery of alterations that predispose to a disease that is completely unrelated to the one being studied?

An example is the discovery of a BRCA1 mutation that results in an increased risk of breast and ovarian cancer. Non-paternity and incest can also be uncovered by this technology — how should such discoveries be dealt with?

The ability to rapidly and accurately sequence the exome and genome in an affordable way will soon be a reality and will mean that this technology will come into clinical care in the very near future. This will bring many answers but will also raise many questions.

All medical practitioners will need to gain some understanding of this technology to be able to answer questions that their patients will inevitably ask about the availability and interpretation of such testing.

We are about to experience the greatest advance in genetic medicine in 25 years. These are indeed exciting times to work in clinical medicine!

Professor Martin Delatycki is the director of the Bruce Lefroy Centre for Genetic Health Research at the Murdoch Childrens Research Institute at the Royal Children’s Hospital, Melbourne, and director of clinical genetics at Austin Health.