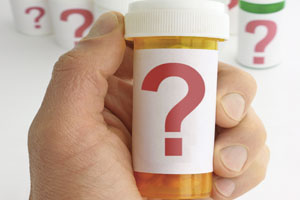 THE value of randomised control trials has been confirmed by a systematic review comparing experimental treatments with established treatments, according to Australian experts.

The review, published by The Cochrane Library, found slightly more than half of the experimental treatments showed, on average, a 5% to 10% improvement in relative survival or primary outcomes compared with established treatments when tested in RCTs. Few of the new treatments were substantially better than standard therapies. (1)

Australian researchers welcomed the review as confirmation that RCTs are both necessary and ethical.

Professor Paul Glasziou, director of Bond University’s Centre for Research in Evidence-Based Practice, who was a coauthor of the Cochrane review, told MJA InSight the review confirmed that RCTs were needed to “sift out” the few real advances in medicine.

He said the findings also showed RCTs were ethical. “The trials are clearly ethical as overall we have ‘equipoise’ or uncertainty about whether the new treatment is better”, he said.

The review authors wrote that the finding that slightly more than half of new experimental treatments will prove to be better than existing treatments, while few will be substantially better, was important for patients considering taking part in RCTs, researchers designing new trials, and funders assessing “return on investment”.

They wrote that random allocation was only ethical if there was genuine uncertainty about which of the treatment options was preferable.

“Decisions about whether to participate in randomized trials are made more difficult [for patients] because of the widespread belief that new treatments must inevitably be superior to existing (standard) treatments”, they wrote. “If this was actually so, however, the ethical precondition of uncertainty would often not apply.”

The researchers analysed the results from 743 RCTs involving almost 298 000 patients. The trials were grouped into four cohorts — two evaluating treatments in the cancer field, one in neurological disorders and one including trials of treatments for mixed diseases.

“We know that if we didn’t do the randomised trials, we would have introduced many of these treatments into practice believing that they were better, only to find out later that about half of them were not better”, Professor Askie told MJA InSight. “That would be a hugely wasteful way to find out what works and what doesn’t work.”

She said the findings also showed that the right treatments were being tested in RCTs.

“We do really need to have uncertainty”, Professor Askie said. “We often have some preliminary evidence that one [treatment] might work better than the other, but if we are genuinely uncertain that it actually does we have to use a randomised controlled trial design to test the treatments fairly — to get the truth.”

There was also a message in the findings for research funders and health policymakers, she said. “If we just use quite a small percentage of the current health budget … to fairly test treatments in trials, we can actually save millions in the long run.”

The Cochrane researchers said the results were stable over time — stretching over 50 years — and were not influenced by the inventions of new treatments or chemical moieties. They noted that many authors had foreshadowed that results would become more predictable with the rise of targeted therapies.

“While that is plausible, there is no historical trend for improved understanding in biology disease to lead to a greater certainty of effects when tested in RCTs”, they wrote.

The authors cautioned that the review included only publicly funded trials with a sample representing 1% of all available RCTs, and the results should be interpreted with this in mind. However, they believed the results were generalisable.