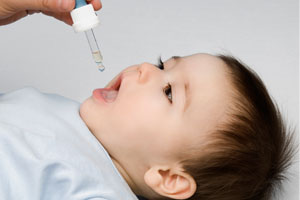 INFECTIOUS diseases specialists have called for future research to concentrate on identifying factors to improve rotavirus vaccine effectiveness after national data revealed it is less protective in Indigenous children living in resource-poor settings than in the general paediatric population.

In 2007 Australia became one of the first countries in the world to fund a national rotavirus vaccination program. Researchers have now completed a retrospective analysis of national hospitalisation data for rotavirus and all-cause acute gastroenteritis (AGE) between 2001 and 2010.

The study, published in the latest MJA, found vaccination had resulted in a sustained and substantial decline in severe rotavirus and all-cause AGE, particularly in the target age group of less than 5 years. (1)

Lead author, Dr Aditi Dey from the National Centre for Immunisation Research and Surveillance, told MJA InSight that malnutrition, concurrent infection and onset of the disease at a younger age were among the possible reasons for the difference.

“That’s an area for more research and it’s also important to monitor the genotypes circulating across Australia to see what effect that has on vaccine effectiveness”, she said.

However, Dr Dey noted that vaccination still reduced the number of hospitalisations and therefore remained an important preventive health measure in Indigenous children.

She said the results of the research also reinforced those of other efficacy studies in Australia and in developing countries.

Research reported earlier this year found a less dramatic decline in rotavirus notifications in the NT, particularly in Central Australia, compared with outcomes documented in other parts of Australia. (2)

Dr Thomas Snelling, the lead author of the NT study and NT-based paediatric infectious diseases physician, told MJA InSight the vaccine was found to be most effective in the NT in the youngest infants — a group likely to have the severest disease — but effectiveness decreased after they turned 1 year old.

“We had a lot of children who had been vaccinated coming into hospital, but they were older and had less severe disease, and interestingly we found this was more of a problem in Central Australia than in the Top End”, he said.

Dr Snelling said it might have been due to a declining effect as children aged, for reasons not yet understood.

“Co-infection with other organisms is another thing we are interested in looking at as a possible explanation. Others are also looking at whether maternal antibodies could affect how well the vaccine worked”, he said.

However, he said worldwide data show differences in the ability of the vaccine to prevent admissions to hospital, with results tending to be worse in the most resource-poor areas.

“So that means that things like improvements in housing and sanitation will likely not only affect the total burden of disease but also assist with the effectiveness of a vaccine”, he said.