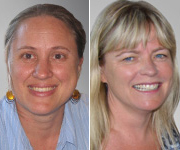 NEXT year, it will be 200 years since Blaxland, Lawson and Wentworth crossed Australia’s Great Dividing Range, opening up the lands beyond to European exploration and settlement.

Last century, other pioneering Australians cleared the way towards better health with discoveries and developments as diverse as penicillin (Florey), lithium (Cade) and Helicobacter pylori (Marshall and Warren), and as courageous as life-saving heart surgery (Chang) and our bold public health response to the spectre of HIV infection.

As articles in the latest issue of the MJA attest, improving Australia’s health continues to require determination and innovation, as our researchers and clinicians forge ahead, adapting to the unique challenges of the current era.

Crossing another clinical frontier, Dr Mayur Garg, of the liver transplant unit at the Austin Health, Melbourne, and colleagues formally report Australia’s first liver–intestinal transplant, performed in 2010 on a young man with multiple life-threatening complications of long-term parenteral nutrition for short gut syndrome. Two years later, he now enjoys the freedom of unlimited oral intake and is employed full-time for the first time in 14 years.

An accompanying editorial says while this clinical achievement should be celebrated, we need to keep pushing forward in other areas, such as overcoming preventable causes of liver failure and increasing organ donor rates, for the benefit of thousands of Australians awaiting solid organ transplantation. When one avenue of exploration meets a dead end, the intrepid adventurer must look for others.

In treating Crohn’s disease, another editorial explains that the effectiveness of anti-tumour necrosis factor-α agents has led to the concept of “deep” remission, where both clinical response and mucosal healing occur. However, as some patients do not respond, or stop responding after a promising start, an intensive search is on for other novel treatments.

A major challenge for health care in Australia is providing the best possible medical workforce to deliver health innovations to our far-flung population. To do this, we rely heavily on doctors whose primary medical qualification is from another country — about one in three or four of our current medical workforce is an international medical graduate (IMG). But it seems that the associated “cultural divide” sometimes creates major challenges of its own.

Researchers studied the risks of complaints to medical boards and adverse disciplinary findings against IMGs in two states. IMGs were at increased risk compared with Australian graduates, but the overall figures masked large differences depending on country of training.

Not having English as a primary language was an inconsistent association, and other factors, such as differences in health systems, training and work practices, were raised as potential contributors, as was the possibility of cultural bias among the complainants.

A linked editorial emphasises the need for a proactive and tailored approach to assessing, mentoring and supporting IMGs. The authors urge adoption of the recommendations made in the federal government’s recent report, Lost in the labyrinth: report on the inquiry into registration processes and support for overseas trained doctors, including the need for cross-cultural orientation.

Our medical pioneers continue to inspire and enthuse us.

The NHMRC has recently announced the NHMRC John Cade Fellowship in Mental Health Research — an exciting initiative that will provide successful applicants with funding to support themselves and a team of researchers for a 5-year project.

May their expeditions be successful and of benefit to all health care recipients, at home and abroad.