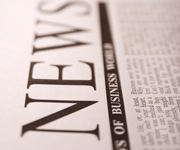 Study finds genetic factors in fainting
AN Australian study has revealed a genetic predisposition to fainting. The researchers interviewed 51 sets of same-sex twins aged between 9 and 69 years about their experience of fainting and typical triggers, such as seeing blood or emotional distress. The study, reported in Neurology, found that identical twins were more than twice as likely to both report fainting than fraternal twins.

Unpicking the obesity paradox
ADULTS who are normal weight when diagnosed with type 2 diabetes have almost double the mortality rate of those who are overweight or obese at onset, according to US research. The study, reported in the Journal of the American Medical Association, was the first to look at body mass index at the onset of type 2 diabetes and added an important dimension to the “obesity paradox” seen in this condition, said an editorial in the same issue. The study provided meaningful insights into the mortality risk for metabolically obese but normal weight people who develop diabetes, the editorial said.

Corticosteroids not effective against sinusitis
CORTICOSTEROIDS have no clinical benefit in treating uncomplicated acute sinusitis, according to a study published in the Canadian Medical Association Journal. The randomised controlled trial of 174 general practice patients in the Netherlands found no significant difference in the relief of facial pain or pressure between the prednisolone group and the placebo group after 7 days of treatment. The groups were also similar in the decrease over time in the proportion of patients with total symptoms, including runny nose, congestion, cough and facial pain.

Funding for research centres of excellence
THE Australian Government has announced funding of almost $15 million for six centres of research excellence in Indigenous health and mental health. Two of the three Indigenous research centres will be established at the Menzies School of Health Research in Darwin. The third centre, which will aim to reduce inequality in heart disease, will be based at the Baker IDI Heart and Diabetes Institute in Melbourne. The mental health research centres will be based at the University of NSW and University of Queensland, and will focus on suicide prevention, substance abuse and better mental health planning.