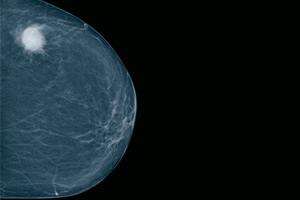 One of the trials, conducted by European researchers, found that the overall rate of pathological complete response was 14.9% among women randomised to neoadjuvant chemotherapy alone. This increased to 18.4% among the women taking bevacizumab as well. (1)

The trial, which involved 1948 women, also found that women with triple-negative tumours gained the greatest benefit from the bevacizumab (39.3% pathological complete response compared with 27.9% in women not taking bevacizumab).

Overall, women taking the bevacizumab had a higher rate of toxic effects, such as hand–foot syndrome and febrile neutropenia; however, the rate of surgical complications was similar in the two groups.

“Everyone was worried about the surgical complication rate. The results were very reassuring because patients were only a month off their chemo when they had the surgery. That’s fantastic news because patients on Avastin, for a variety of reasons, sometimes need to have surgery”, Dr Boyle said.

The other trial, conducted mainly by US researchers, found that the effect of bevacizumab was more pronounced in the hormone-receptor positive subset, a finding which Dr Boyle described as “fascinating”. (2)

The US researchers said this finding was encouraging because women with hormone-receptor positive tumours tend to have low rates of pathological complete response to chemotherapy. However, they said the mechanism behind this finding was unclear.

Dr Boyle said as adjuvant trials were restricted to triple negative breast cancer patients, the finding would need to be explored further in the neoadjuvant setting.

Bevacizumab is approved in Australia as a first-line treatment (in combination with paclitaxel) for patients with metastatic breast cancer in whom anthracycline is contraindicated; however it is not listed on the Pharmaceutical Benefits Scheme (PBS) for this indication.

A spokesman for Roche, which markets Avastin in Australia, said while the results of the studies were encouraging, they were sponsored by academic groups and not planned or set up to provide data for a regulatory submission.

The spokesman said Roche was waiting on the results from two clinical trials, BEATRICE and BETH, which were assessing the impact of adding bevacizumab to adjuvant treatment for early breast cancer.

“Once the results from these trials are known, Roche will evaluate whether to apply to regulatory authorities, including the TGA [Therapeutic Goods Administration], for any change in the indication for Avastin in breast cancer. It would only be at this point any application for PBS listing would be considered”, the spokesman said.

Dr Boyle said the scientific community was also looking forward to results from the BEATRICE trial.

“If it shows not only progression-free survival but overall survival [improvement], that will be practice changing”, she said.

However, Dr Boyle said one huge advantage of the recent neoadjuvant trials was the tissue samples that were collected.

“The tissue samples which have been collected as part of this process will be a treasure trove. You can then use those to try to predict who’ll respond to the drug, which is very important, because it’s an expensive therapy, and can cost up to $50 000 when used in a neoadjuvant setting.”

A related editorial published in the NEJM said the new neoadjuvant studies did not answer questions about the use of surrogate endpoints. (3)

For instance, it was unknown if pathological complete response in the neoadjuvant setting was predictive of survival benefits in early-stage disease.

“The ongoing controversy surrounding bevacizumab therapy for breast cancer goes beyond the science of tumor angiogenesis and involves broader questions about the use of surrogate end points in clinical trials, as well as economic arguments over the ever-increasing cost of new medicines for the treatment of cancer”, the editorial said.