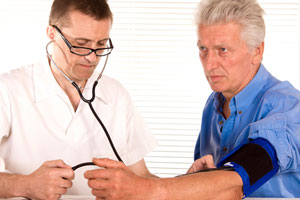 IMPROVED management of vascular risk factors can help to keep older patients from depending on long-term care, according to research described by an Australian primary care expert as “important”.

The German study, published in the Journal of the American Heart Association last week, found that a primary-care based intervention program to prevent stroke and dementia resulted in 9.8% fewer patients requiring long-term care (defined as a change in insurance status to indicate a requirement for either home-based or residential long-term care) in the 5-year evaluation period, compared with patients in a reference group. (1)

The researchers noted that the reduction was “highly significant”.

Professor Mark Harris, professor of general practice at the University of NSW, said the research showed that modest improvements in most of the targeted risk factors resulted in a significantly lower dependence on long-term care in older patients.

“It should give GPs — who may feel that they’re not making a massive difference in controlling their patients’ blood pressure, lipids and glucose — confidence that they still may be making a significant difference, particularly at a population level”, he said. “And over a long period of time … those things can add up and clearly can have an effect in terms of developing long-term care dependence.”

The intervention used in the study, which focused on more than 11 000 patients aged 55 years and over, comprised of repeated, systematic identification of risk factors and general practice-based treatment according to evidence-based guidelines. A control group of patients with the same medical insurer received usual care.

The GPs were trained in the use of the guidelines and also worked towards changing the participants’ lifestyles, such as smoking cessation, reduction of risky alcohol consumption, increase in physical activity, reduction of obesity and improvement in nutrition.

“A significant preventive effect was achieved even though a large majority of the participants already had been in frequent contact with their GPs before the beginning of the trial”, the researchers wrote. “This could suggest that the diagnosis and treatment of medical risk factors in routine primary care are not always carried out with optimal diligence.”

Geriatrician Dr Robert Prowse, president of the Australian and New Zealand Society for Geriatric Medicine, said the study had several limitations, particularly its failure to specifically look at the impact of the interventions on stroke and dementia. However, he said dependence on long-term care, while a gross outcome, was also a significant one.

“The rate of admission to long-term care is an important measure … in that it reduces costs to the general community”, Dr Prowse said. “If we can reduce the number of people going into care by improving the health of the population, then that would be an extremely good thing.”

Dr Prowse said the study confirmed the expectation that addressing cardiovascular risk factors was important in arresting the decline in function in older people.

“The researchers mention stroke and dementia, but it’s probably even more global than that because these interventions would also affect heart disease and so on,” he said. “This is a practically applicable benefit because it’s being done in primary care, providing support to general practitioners to more accurately and intensively do the sorts of things they know and we know they should be doing to reduce cardiovascular risk factors.”

Professor Harris said while the study was not a fully randomised control trial, its findings were consistent with other research. He said it would also be useful to look at how such interventions impacted upon quality of life and the economic benefits.

“Keeping people out of long-term care is going to have benefits to the patient in terms of their lives, but also potentially very significant economic impacts”, he said, adding that economic analysis would be needed to secure support for the reasonably intensive, long-term interventions described in the research.