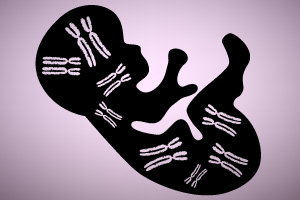 A LEADING Australian geneticist says it is crucial that GPs, obstetricians and medical students are versed in new prenatal diagnostic tests and become “genomics savvy”.

Professor Ronald Trent, professor of medical molecular genetics at the University of Sydney, said the rapid progress in prenatal genetic testing meant it was often difficult to know what was directly relevant to clinical care.

Professor Trent said some tests seemed very exciting but had no clinical utility whatsoever. “You have the test, you have an abnormality that is detected but what does it mean?

“The parents are either incredibly worried for the rest of the pregnancy or in some cases they may even go for a termination when, in fact, there was nothing wrong with the baby.”

Some might be given information they did not seek, such as different paternity or the presence of a gene predicting an increased risk for breast cancer.

He was commenting on the publication of a review in Nature Medicine which warned that professional education and guidelines for incorporating new genetic tests into current practice were urgently needed. (1)

Currently there were multiple sources for guidelines on these tests, including state, territory and federal governments, the National Health and Medical Research Council, and some societies and colleges. The federal health department was also conducting a review of the funding and delivery of genetic testing.

“The good news is that we have the mechanisms to put guidelines in place”, Professor Trent said. “The bad news is that perhaps we need a bit more focus. The more guidelines we have, the less likely anything is going to happen from them as another key issue is how they will be implemented.”

This was especially important because of the strong interest in and acceptance of direct-to-consumer genetic testing by many pregnant women.

Although advances in genetic technology had been applied more frequently to prenatal diagnosis than to fetal treatment, genetic and genomic information was beginning to influence pregnancy management.

Professor Gab Kovacs, professor of obstetrics and gynaecology at Monash University and a specialist at Monash IVF, said it was essential to have a multidisciplinary approach because the issues were so complicated.

“I believe that almost everyone who has these detailed analyses will have some abnormality”, he said. “They will then need genetic counselling and often, as the paper says, there will be no answers. We will need many more genetic counsellors and there will have to be a team approach.”

WA gynaecologist Dr Vince Chapple, medical director of Fertility North in WA, said some parents were having themselves screened for genetic abnormalities and then going overseas for pre-implantation genetic diagnosis testing and sex selection, removing themselves from any Australian jurisdiction.

Professor Trent said the analytical validity of new tests was regulated in Australia by the Therapeutic Goods Administration. However, if an overseas test was provided online direct to consumer, it would not be subject to TGA scrutiny.