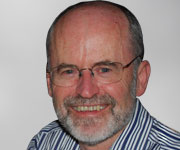 THE complex issues that surround babies born alive at 23 weeks were discussed on the ABC television program Four Corners last year. The picture presented was somewhat bleak, with survival rates of around one in 10, and high rates of disability in babies who survived.

The program provided many viewpoints about the outcomes for these babies, but it was clearly intended for a British audience, being made by the BBC. It is important to ask if it is directly applicable to Australia.

The facts presented on Four Corners seemed to rely heavily on data from the UK in the mid 1990s. More recent data from Australia indicate that the outcome for babies born alive at 23 weeks is clearly different.

In Victoria in 2005, 22% (7/32) of infants born alive and free of lethal anomalies at 23 weeks’ gestation survived to 2 years of age. These data are the most current regarding long-term outcomes for these babies in Australia.

Survival free of major disability is also better in Australian children than the rate of 1% quoted on Four Corners. Of the seven surviving 23-weekers born in Victoria in 2005, none were severely disabled at 2 years, two had moderate developmental delay (including one with mild cerebral palsy), and the other five had no major disability, meaning that five out of 32 children born alive at 23 weeks survived without a major disability.

The program also extensively discussed the waste of resources in providing care for babies at 23 weeks’ gestation but this is all relative.

It is important to note that the cost to the health system of treating extremely preterm babies is far less than many other health care interventions, not only relative to intensive care or highly technical medical treatments, such as organ transplants and renal dialysis, but also relative to many low-technology treatments, such as treatment of high blood pressure or high blood lipids.

In other words, the health gain from treating babies at 23 weeks is higher than many other health care programs currently supported in Australia.

Decision making about treatment for babies at 23 weeks is not solely left to parents in Australia — it involves discussions between families and health professionals that will sometimes take place over many days or weeks, if time permits.

Decisions are never straightforward. Parents are guided through the decision-making process and would mostly opt for decisions suggested by the health professionals as being in the baby’s best interests. The most common starting point in discussions with families of babies likely to be born at 23 weeks is that full life support would not be routinely provided.

Social circumstances are not large contributors to preterm birth rates in Australia, in contrast to the situation in the UK raised in the Four Corners program. In Victoria, extremely preterm birth occurs across all social strata and is not confined to young single mothers from poor socioeconomic circumstances.

One of the final points raised by the program is that a goal is to try to stop babies being born preterm, and that is clearly highly desirable. However, despite advances in maternity care the data are showing exactly the opposite is happening, with the overall rate of preterm births rising to more than 8% in Australia and up to 13% in the US, even for those who are most immature, at less than 28 weeks.

Unfortunately, it seems it is not feasible that preterm birth can be eliminated in the near future as it has too many different causes.

Professor Lex Doyle is associate director of research at the Royal Women’s Hospital, Melbourne, a professor specialising in neonatal paediatrics at the University of Melbourne, and a researcher at the Murdoch Childrens Research Institute, Melbourne.