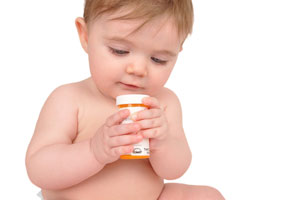 AUSTRALIA is lagging behind other countries when it comes to paediatric research and drug labelling, according to a clinical pharmacologist.

The US and the European Union have incentives to encourage the pharmaceutical industry to undertake paediatric drug trials, including a 6-month extension of patent protection if drug companies submit paediatric studies to the regulatory authority.

Dr Madlen Gazarian, a consultant in paediatric clinical pharmacology and therapeutics at the University of NSW, said Australia was significantly lagging behind the rest of the developed world in terms of drug regulatory reforms and other initiatives to support paediatric medicines research, despite many years of advocacy for local reforms.

“Not only are we lagging behind but that lag is getting worse compared to the US and EU”, she said.

Dr Gazarian recently co-authored a paper reviewing the status of paediatric medicines initiatives around the world, which found that the US reforms had “produced a true renaissance in paediatric clinical pharmacology and drug development”. (1)

“As a result of an expanded number and scope of paediatric drug trials, the quantity and quality of information that could be translated to the labelling of approved drug products markedly increased”, the article said.

A research letter published last week in JAMA reported a large increase in the proportion of medicines with paediatric labelling information in the US. (2)

Dr Gazarian told MJA InSight that the benefits of the increased paediatric medicines research in the US were not flowing directly and quickly to other parts of the world.

There was no incentive for drug companies to change their Australian product information to reflect the latest US paediatric medicines research. In fact, there were disincentives, with industry having to pay fees to make an application to the Therapeutic Drugs Administration to change this information, Dr Gazarian said.

“The US initiative may have generated new evidence showing that a particular medicine is harmful or ineffective in children and people need to change the way they’re using it — but that might not be known here as there is no mechanism for the new evidence to be reflected in the Australian product information at the same time”, she said.

“The converse, where a new medicine is shown to be safe and effective in children, may also not be reflected in the product information here.

“If the information is available elsewhere, why can’t we devise a scheme, working with industry and the regulator, to expedite the flow of the information into product labels in this part of the world”, Dr Gazarian said.

A spokeswoman for the TGA said the regulator was aware of the US and EU incentives, and was assessing how best to collect information about paediatric studies.

Dr Gazarian said the most recent Australian data, from 2003, showed that less than 30% of marketed medicines had adequate information about paediatric use in their product information. She did not believe the proportion had changed substantially since that time, although she was not aware of more up-to-date research.

“People are trying to make decisions about the risks and benefits in paediatric patients without having the relevant information about efficacy and safety that they may expect in adults”, she said.

When off-label prescribing was being considered, clinicians should be aware of any supporting clinical research, the adverse reaction profile of the drug (including the mechanism for these reactions) and developmental differences between adults and children that may impact the nature of the disease or the response to the medicine.