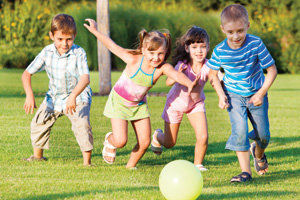 Risk of rickets high in refugees

THE importance of screening for vitamin D deficiency in children, particularly in high-risk groups such as refugees, has been highlighted in a study in the latest MJA. (1)

The study, the first to assess the incidence of vitamin D deficiency rickets in Australian children, confirmed that recent migrants, especially those with dark skin, had a significantly higher incidence than the overall Australian paediatric population.

Most of the children had dark skin colour and 18% of the girls were partially or completely veiled. There was a high proportion of children born in Africa (63%) and 75% of the children were refugees. Children living in southern states, particularly Victoria, also had a higher incidence than the national average.

The study authors said vitamin D deficiency rickets was most commonly detected by abnormal biochemical results on routine screening through refugee clinics. They also noted a seasonal variation, with 60% of cases identified in winter and spring.

However, one group in particular stood out. Children of Sudanese background had an annual incidence of vitamin D deficiency estimated at 2300/100 000 — 350 times higher than the national estimated incidence of 4.9/100 000.

“Although the vast majority of children in our study received vitamin D therapy within the recommended guidelines to treat established rickets, attention to routine screening and supplementation to prevent vitamin D deficiency are required”, the authors said.

Dr Jill Benson, the senior medical officer at the Migrant Health Service in SA, described the research as exciting, saying it “embeds in the literature the need to screen people from refugee source countries for vitamin D deficiency”.

“There is currently international doubt about the need to screen refugees for vitamin D deficiency but this research will hopefully embed the need to include it in refugee screening protocols”, Dr Benson said.

She said although vitamin D was on all refugee screening protocols in Australia, not every GP who might be seeing refugee patients would know about the protocols.

Dr Benson said there was an urgent need to find vitamin D deficiency in children before rickets developed as it was not a mild condition, conferring lifelong skeletal changes.

“This is a condition that is able to be found easily and treated very cheaply.”

Dr Georgie Paxton, a paediatrician and medical coordinator of the Immigration Health Clinic at the Royal Children’s Hospital, Melbourne, said that since 2007 the health message about vitamin D deficiency and rickets had been disseminated widely in the refugee community in Melbourne, which includes a large number of Sudanese people.

“We are no longer seeing the really low levels of vitamin D seen at the time this study was done”, said Dr Paxton, whose clinic provided data for about 250 of the children included in the study.

“Our experience in Victoria probably offers opportunities for other states to see how to spread information in communities”, she said.

Dr Paxton said initially refugees had picked up strongly on the message that sun exposure caused melanoma and many were fearful of sun exposure. However, the message about the need for people with dark skin to get increased sun exposure was getting through.

She said it was not known if this message was reaching other migrant groups such as those from India and Pakistan.

She advised doctors to screen for vitamin D deficiency in new refugees and migrants, particularly those with dark skin, and then again in 12 months, after their first winter in Australia.