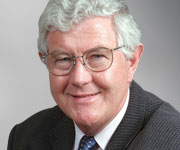 DOCTORS can welcome some of the commitments made by federal and state governments last week as part of the “heads of agreement” on national health reform.

The Council of Australian Governments (COAG) agreed to establish and monitor national quality standards and move to measure the hospital system’s cost-effectiveness.

But the decision to establish a single national funding pool is probably too cumbersome to be useful.

The plan is for money to flow from the fund, which will hold the federal and state contributions to hospital funding, first to a state-based account then on to a local hospital network account and then into a hospital account. This will involve a new statutory authority and additional bureaucracy.

The excuse for this approach is that it will provide transparency around the utilisation of health dollars that will flow to cost-effective services. Transparency and cost-effectiveness can be provided with much simpler arrangements.

In reality, local hospital networks will negotiate a service agreement with the state and receive a capped budget for implementation.

Public hospital funding in Australia has become increasingly problematic as, despite record levels of government expenditure, an average 3% increase per year in presentations of older and sicker patients has led to demand outstripping the supply of available overnight beds in all jurisdictions.

Budget restraint in this environment, often associated with centralising decision making and the removal of appropriate clinician involvement in the day-to-day management of hospitals, has made the situation worse.

The “heads of agreement” proposes that from 2014 “growth costs”, that is the increase in expenditure required compared to the previous year’s expenditure, will be shared by the states and the federal government.

Initially the Commonwealth will contribute 45% of the increase in expenditure (2014–2016), rising to 50% in 2017. The additional money the Rudd government agreed to contribute prior to 2014 will allow additional beds to be opened across Australia.

By 2020 the package will see the states receive an additional $16.4 billion for their hospitals. The money, and the services it will buy, is most welcome, as is the political collegiality, but it does leave many clinicians struggling with a significant anomaly.

Australia already has more overnight public hospital beds available per capita than any other OECD country. Yet we need more!

Surely this is a reflection of a health system that is “hospital-centric”, necessarily so because we are not reducing the demand for hospital care through better community and primary care.

The Productivity Commission review of hospital services found that more than 460 000 admissions to public hospital could be avoided each year with effective community interventions.

Surely we have every right to be frustrated that what is essentially a hospital funding reform package is touted as “health system” reform when we are still waiting for progress on improving our struggling mental health, public dental and aged care services.

We do not have on the radar screen new models of primary care such as “integrated primary care”, which, through Medicare-funded team medicine, can deliver services that emphasise prevention, early diagnosis of potentially chronic conditions, team management of chronic and complex problems, and care in the community of many currently sent to hospitals.

“Medicare Locals” may help streamline primary care services in given districts but they will be working within the same old paradigm that is passed its “use by” date.

The retention of the 4-hour target for emergency services, which may have funding implications for hospitals, is also troubling. Numerous experts in emergency medicine have advised that this target is misguided.

Many patients who are seriously ill need to stay in an ED for more than 4 hours for investigation and monitoring. The measure should be based on the time patients are “trapped” in an ED because there is no room in the inn — a measure of inadequate bed supply.

So, in welcoming the funding commitments and the bipartisanship on display at the COAG meeting, the agreement is no more than a stepping-stone to the major reforms we still await and must embrace.

Professor John Dwyer is Emeritus Professor of Medicine at the University of New South Wales.